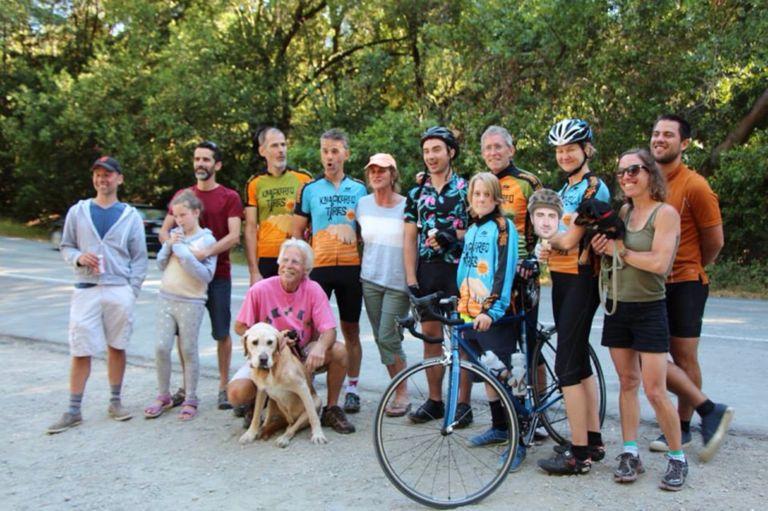 How much?!? US rider climbs most vertical metres in 48hrs on Strava

Have a guess how far Craig Cannon climbed in two days. Hint: it's a lot...
by Mat Brett

US rider Craig Cannon has unofficially broken the world record for climbing the most vertical metres in 48 hours: a massive 29,146m. That’s 95,623 feet, or well over three times the height of Mount Everest. The previous best was 94,452ft (28,789m).

Cannon (in the Hawaiian shirt, centre), of Oakland, California, covered a distance of 339.5 miles and had a moving time of nearly 43hrs during that 48hr period, according to data he has uploaded to Strava.

Cannon broke the record by completing 227 laps of a short route in Tilden Regional Park in the East Bay, part of the San Francisco Bay Area.

Cannon says that he used a 50/34-tooth chainset matched up to an 11-32-tooth cassette, and that he picked his course carefully.

“I was looking for a very consistent grade that I knew I could ride all day,” he said. “Anything steeper was out because it'd be too hard without crazy gearing… and anything less than 9 or 10% would've meant using energy against wind resistance vs energy for climbing the hill.”

NBC Bay Area reported that Cannon had run 13.1miles, a half-marathon, before his record-breaking ride.

According to his Strava feed, Cannon expended nearly 30,000 calories in setting the record, and for that reason his priorities have shifted for a while.

“I’m focusing on records that involve sitting at home and eating pizza,” he said.