There's something cool about Italian bikes and that's why we make a beeline for them when we arrive at Eurobike. Here are some of the most eye-catching that we've spotted so far at this year's show. This bike was revealed at noon today, a joint project between De Rosa and Pininfarina, an Italian company that specialises in the automotive industry, luxury goods, and architecture (that’s quite a mix!). The bike has a tapered head tube and a 86.5mm bottom bracket shell for stiffness, and dual pivot direct mount brakes. All the components are Italian, including the Campagnolo Super Record EPS electronic groupset. 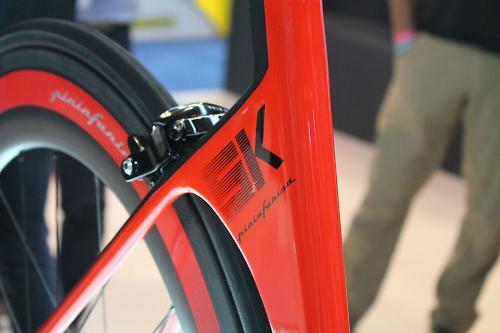 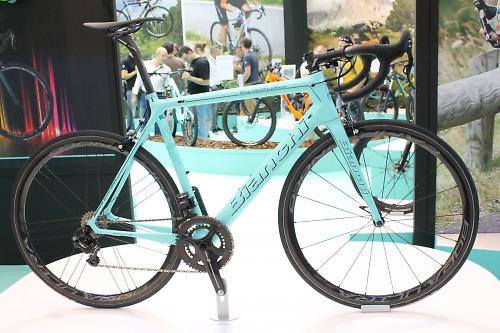 Isn’t it a beauty? Bianchi launched the Specialissima back in June and we took it out for a First Ride. Bianchi claims a frame weight of just 780g for the 55cm model. 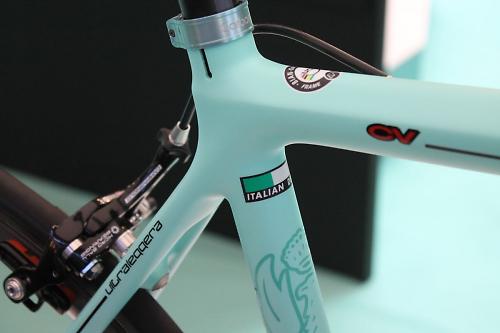 The Specialissima features Bianchi’s exclusive CounterVail (CV) technology. CounterVail is a viscoelastic carbon material that’s embedded within the frame’s carbon layup, the idea being that it cancels out road vibration to reduce muscle fatigue and save energy while improving handling and control. Wilier has just added the GTR SL to its range. The bike is designed to be versatile: light enough for racing but comfortable enough for those who don’t want to compete. 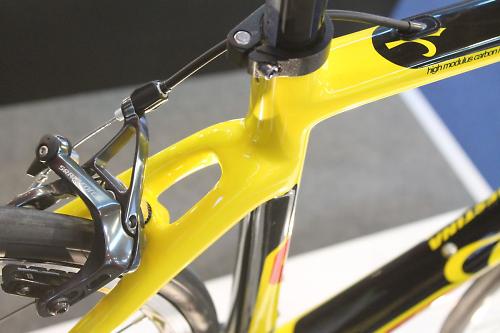 Wilier has also added the GTR Team to its range and they’re identical in terms of geometry, but they use different blends of carbon and the GTR SL is considerably lighter; Wilier says that it has a 990g frame compared to the GTR Team’s 1,190g. 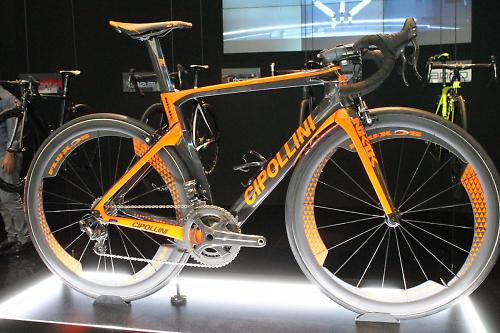 We don’t know a lot about this bike because Cipollini is talking everyone through it for the first time later today, but we thought you’d like a sneak preview anyway. You can see that it has an integrated fork crown, a dropped down tube and a seat tube that is cutaway around the leading edge of the rear wheel. 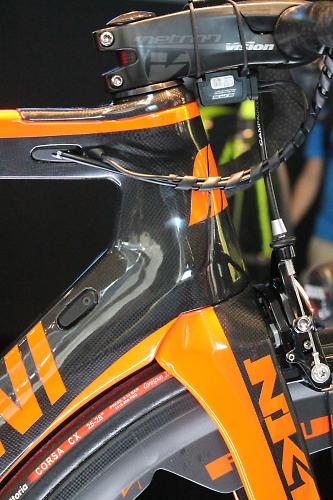 We’ll get the full story to you as soon as possible. One other interesting feature is the stem that’s integrated into the top tube. This is something that we’ve seen on time trial/triathlon bikes for a while now and Look has a similar design on its 795. 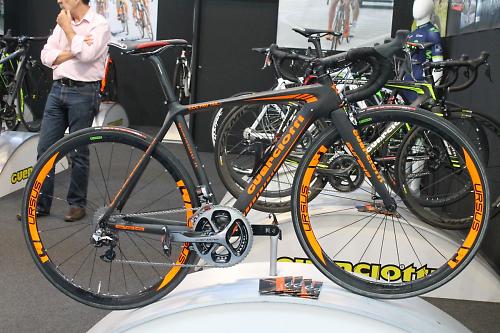 This is the bike ridden by Pro Continental team CCC-Sprandi-Polkowice. The frame is made from 30 ton/45 ton/60 ton carbon fibre and has a claimed weight of 990g. That’s a direct mount Shimano Dura-Ace on the front with a Tektro rear brake hidden away behind the bottom bracket. We showed you this bike earlier in the year when our man Dave took it for a spin. Go to our previous story for all the details. Hersh uses T800 carbon fibre for its Disc frame that comes with an integrated fork crown. The seatstays are flattened, the idea being to provide more comfort at the back. 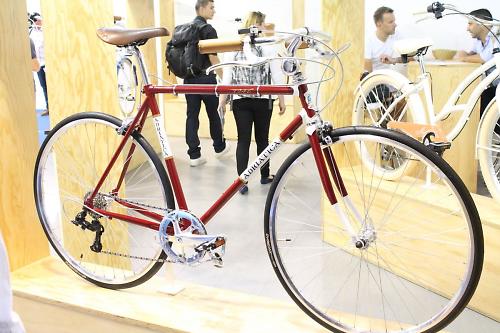 The Adriatica 1946 is built around a lugged high tensile steel frame and fork. It comes with 8-speed gearing from MicroShift and Sunrace. At 13kg (28.6lb) it’s no lightweight, but we do like the cool paint job and sweptback bars.