British firm Exposure Lights has revamped its road cycling-specific Strada front light for 2016, giving it a boost in brightness, a new status display and redesigned lens. The price, £269.95, doesn’t change despite these improvements.

The updated Strada features a new lens to increase side illumination, up to 230 degrees compared to about 180 for the previous Strada, which should make it more useful in the wide variety of road cycling situations, from arriving at junctions to cycling down dark country lanes. 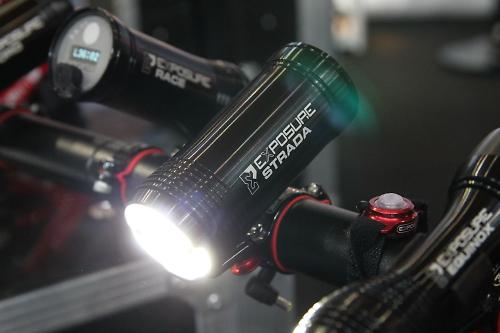 Output has been increased to 1000 lumens, a 25% increase over last year’s model. Despite the extra brightness, the runtime is claimed to be the same, 3-hours in the brightest setting. 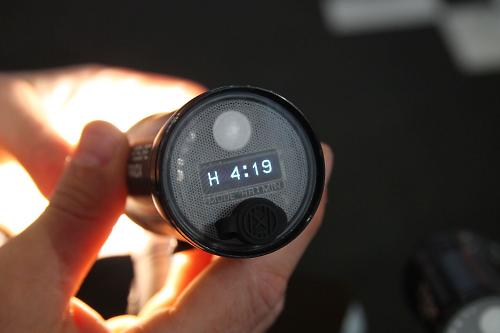 The Strada now also incorporates the OLED Status Display and capacitive switching that was first added to other models in the Exposure Lights range some time ago. The screen displays remaining battery life for each of the different modes, and makes it really easy to gauge how much light you’ve got remaining. An internal sensor can detect the orientation of the light, and the display flips accordingly. That is useful if you want to mount the light underneath the handlebar. 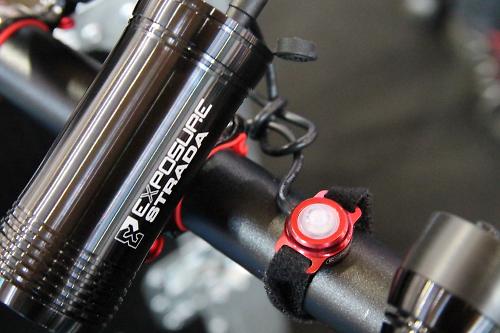 The Strada can be used with an optional remote control button. Exposure reckons this is useful if you want to be able to operate adjust the output, and told us that some people route the cable under the bar tape. 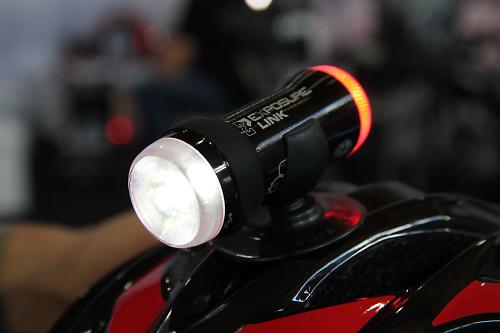 A completely new product for 2016 is the Link and Link Plus. It’s a helmet light with a front and rear LED incorporated into one very small device. It can be easily mounted to a helmet with a removable bracket, and can even be mounted on the bars and used as front light, if needed. 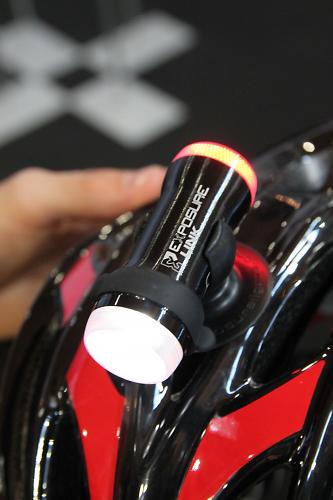 It’s aimed at the commuter market, and not intended to be a primary light to see by, but instead a safety light to be used in conjunction with a set of main lights mounted on the bike. There’s a plethora of modes and runtime is between 1.5 to 24-hours. It has a Fuel Gauge and Optimum Mode Selector, and is charged via a micro USB port.

Both the Strada and Link lights are for available now, and you can see more at www.ultimatesportsengineering.com