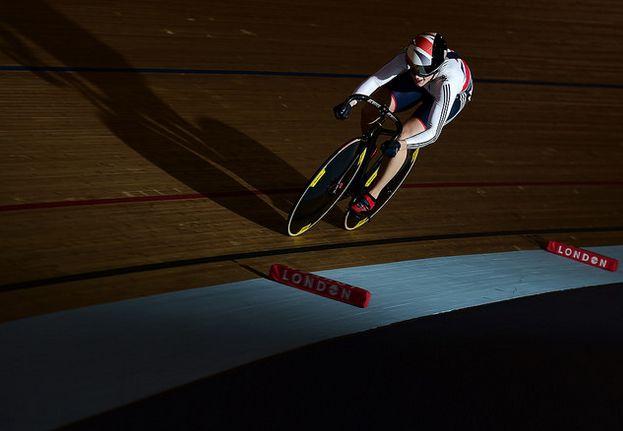 Third operation and 8 weeks in hospital for sprinter Victoria Williamson

Olympic hopeful's dream in tatters after Rotterdam crash - but she vows to return to the track...
by Sarah Barth

Track sprinter Victoria Williamson is to undergo a third operation on Monday to repair her spine after a crash at the Six Day meeting in the Dutch city of Rotterdam earlier this month.

The 22-year-old, who in 2013 partnered Becky James to track sprint bronze at the World Championships in Minsk, faces a long recovery, with her hopes of competing in this summer’s Olympic Games in Rio over.

The rider, originally from Norfolk, suffered a fractured pelvis and vertebrae and a severe cut to her right side during a sprint heat.

Organisers decided to abandon racing for the evening following the crash, asking fans to leave the venue.

Despite her Olympic dream in tatters, the 22 year old rider said she hopes to return to the track, and the operation to put some framework into her spine on Monday would support that dream.

She now faces around eight weeks in hospital.

She told the Eastern Daily Press: “If I wasn’t an athlete, I probably wouldn’t go ahead with the operation on Monday, I’d probably allow it to fuse again naturally, but having the pins put in will enable me to get back in the gym and lift weights again.”

She added: “I’ve literally got a queue of riders wanting to come in and visit me so that’s nice to have the support of my team.

“The support really has been amazing for me and my family, everyone keeps saying that they don’t know why I’m smiling so much. I think I’m the happiest patient ever!

“I had two operations in Rotterdam and I’m scheduled to have one more on Monday which will involve putting some framework into my spine basically to sort the vertebrae out in my lumber spine.

“Everyone at British Cycling has been brilliant since the crash. The team doctor is in constant contact with the consultant here and he’s helping me make decisions based on the best option for me as an athlete as I want to be able to continue to do the sport.

She said of the moment the horror crash happened: “We were having a really good time, and I’ve even got a picture of us before we went up to the start line which I took literally 30 seconds before we were called. To be honest, that’s the last thing I can remember.

“Based on what other people have said, in the sprint final, I was in second position and was coming round the outside of Ligtlee on turn four and we ended up leaning on each other, then we collided and somehow got attached to each other and crashed into the fence at the top of the track.”

Justin Grace, Great Britain team sprint coach, said: "From a performance point of view this is another injury to deal with – Victoria has a long road to recovery ahead of her but her health is the highest priority for the whole team and we'll make sure she receives the best possible care."

As we reported earlier this month, in a further blow to Great Britain’s track squad, it has emerged that Katie Archibald is likely miss the World Championships at the Lea Valley VeloPark in London in March after rupturing knee ligaments in a crash last month.

Archibald, aged 21 and who helped Great Britain win world championship gold in the team pursuit in Cali, Colombia in 2014, will not be able to help the country try and regain the title they lost to Australia in Paris last year.

In a column for the Sunday Herald yesterday, she confirmed that she had ruptured a knee ligament in a crash last month, though she declined to go into specifics.

“Nothing is more important than the Olympics and rushing through rehab, to make riding the Worlds viable, would be a big mistake," she said.

"Luckily, there's a big team at British Cycling being sensible on my behalf."

She added: "It's a no-brainer which, if forced to pick, I should prioritise. One comes every year and the other comes every four years and is the biggest sporting platform on the planet.

"But I want it all. I really think I can make it back and hopefully forget about this whole annoying thing soon."