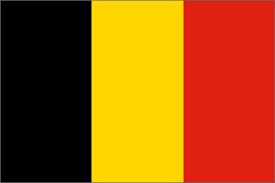 Flanders Week opener had been in doubt after this morning's bombings in Belgian capital...
by Simon_MacMichael

Tomorrow's Dwars Door Vlaanderen appears likely to go ahead, despite Belgium being placed under the highest state of alert in the wake of this morning's terrorist attacks in Brussels.

In between those two races, the Flanders region also hosts Friday's E3 Harelbeke and Sunday's Gent-Wevelgem, plus next week's Three Days of De Panne.

Organisers Flanders Classics said in a statement quoted on the Sporza website: "The event is not currently at risk," and that they would provide more information later.

According to current reports, 28 people were killed and dozens injured in today's bombings at Brussels Zaventem Airport and the Maelbeek Metro station, and the Belgian government has put the country on Level 4 alert, the highest possible.

The country's Prime Minister, Charles Michel, has called for "calm and solidarity" in the aftermath of the attacks, believed to have been the work of suicide bombers, reports The Guardian.

Quoted on the website of Dutch broadcaster NOS.nl earlier today, Dwars Door Vlaanderen race director Guy Delesie, had said: “At the highest level of terrorist threat, the race will automatically not go ahead.”

However, he continued: “Currently we have heard nothing from the police or other authorities that the race should be cancelled. For now, the highest level of threat is only for today, not tomorrow.”

Besides police who would ordinarily work on duties such as crowd control and traffic management on the race, the lockdown of transport caused by this morning’s events – the airport will remain closed at least until tomorrow morning, and trains from Paris to Brussels are currently suspended – could also impact the race.

“What is happening now is already affecting us,” said Delesie as news of the attacks spread. “We have been swamped with phone calls from team managers about how they should get here.”

"A number of teams would have flown into Brussels. They are now looking to see if they can transfer to Charleroi or Paris."

He added that he expected a reduced field as a result of some riders being unable to reach Flanders in time.

Last week, when Belgium was under a Level 3 alert, police confirmed that spectators with backpacks would not be allowed into secure zones at the Tour of Flanders such as the five Public Villages set up for that race due to security concerns.

> Backpack ban for fans at Tour of Flanders

According to the UK's Foreign & Commonwealth Office (FCO), official advice in Belgium at the moment is for people to "stay away from crowded places and avoid public transport at this time."

The FCO adds: "The Belgian Crisis Centre has given the Belgian telephone number 0032 2753 7300 for concerned family/friends or 1171 for general enquiries."

Meanwhile, people within the sport have been reacting to this morning’s events on social media, with Belgium’s status as the heartland of professional cycling meaning many from elsewhere will have become very familiar with the country.

Terrifying news from Brussels airport. I barely recognise the terminal in the pictures despite having been there at least 50 times. Scary

I feel aggression against those people but more sadness for the victims. The society will never be the same anymore.

Our thoughts are with those affected by the terrible events in Belgium. Today we ride in solidarity with a great cycling nation.

In Spain, a minute’s silence was held prior to the start of today’s Stage 2 of the Tour of Catalonia, while Belgian team Etixx-Quick Step paid tribute to the victims.

Black armbands for our riders and a black flag at the team car in respect of Brussels victims. #VoltaCatalunya pic.twitter.com/jryOTaJylx