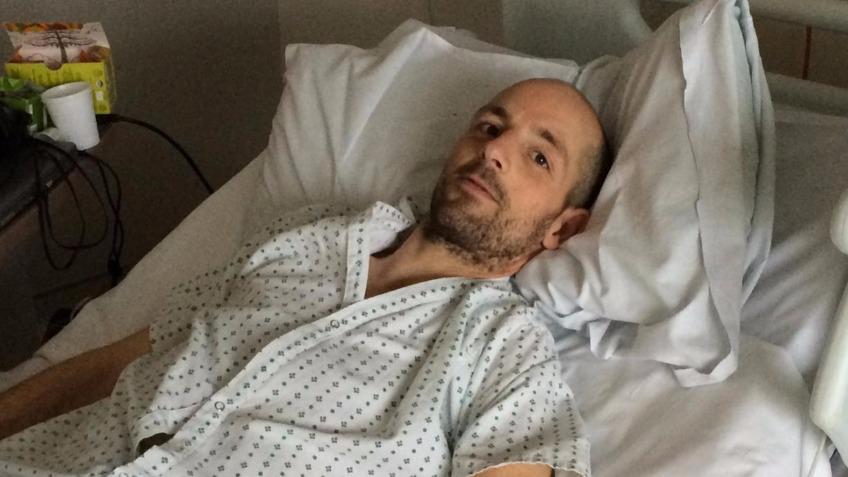 A London bicycle courier who spent a fortnight in hospital after a motorist knocked him off his bike last month will be able to pay his rent thanks to well-wishers on a crowdfunding website.

Freelance courier Damien Doughty, aged 37, ended up in intensive care at the Royal London Hospital following the incident in Hackney on 10 February, reports the Evening Standard.

He sustained injuries including a broken hand, lacerated liver and punctured lung as well as internal bleeding.

He told the newspaper that after remonstrating with a woman driver who he says cut him up as he rode his bike home from a meditation class, she followed him for 200 yards.

The motorist, who was reportedly on her mobile phone at the time, was said to have driven at the cyclist at speed, knocking him from his bike, then driving away.

He is unable to work as a courier while he recovers and although he has been trying to find office-based work for the two months he expects to be off the bike, he had to resort to using his credit card to meet living expenses.

The London Courier Emergency Fund granted him £300 when he left hospital, but with his monthly rent of £380 due, he was forced to find more money and turned to the website Crowdfunder. Seeking £300 in an appeal entitled Help Me Pay My Rent, he wrote:

As many of you know, I was seriously injured in a cycling accident just over a month ago.  I've received so much help and support since then and I'm hugely grateful for this.

However, since my accident I haven't been able to work and it's now less than 2 weeks until my rent is due!  I'm gonna sell a few things but still need about another £300 to make it!

This is a long shot and I certainly don't expect any help but if you can then please do, it'll certainly help me out of a bit of a pickle!  Anyway, I thought I might as well try it as I'm running out of ideas!

That £300 target has been well and truly smashed, with many donating after reading of his plight in the Evening Standard article. So far, his appeal has raised £2,515, with more than 100 people contributing.

He told the newspaper: “When I came out of hospital and stopped taking the painkillers, it flattened me, I didn’t know how weak I was.

"At my peak fitness I could cycle more than 80 miles a day, wake up the next day and feel fine … I’ve been pretty frugal, but in terms of having cash I don’t have any more.”

The Metropolitan Police have appealed for witnesses to the incident, which took place at 9.15pm on 10 February on Victoria Grove close to the junction with Orsmby Place.

On its website, the London Courier Emergency Fund says that its goal

is to provide support and financial help to those bicycle couriers who have suffered an injury whilst at work.

Most bicycle couriers are classified as self-employed sub-contractors for tax purposes and as such are not entitled to any kind of sick pay. So when a messenger is injured, they will not earn. Given the obvious perils of bicycle delivery, there is always a chance that couriers will be forced to take some time off the road due to injury suffered at work at some time during their courier life. If this happens to you we may be able to provide you with some help.