Subscribe
Back to news
news
Casualty
Sportives and organised rides 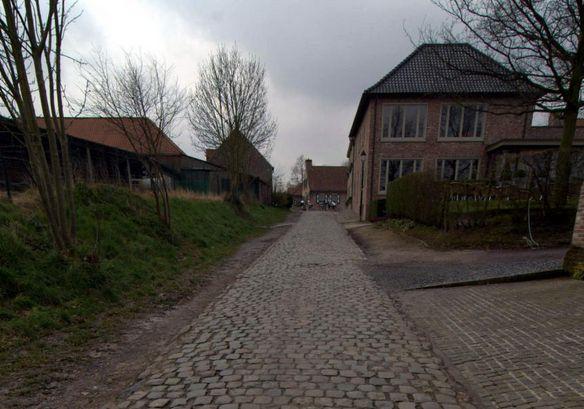 Tributes paid to Pat Coyle, who died during Tour of Flanders sportive

"Pat was the heart and soul of cycling in Athlone," says one friend...
by Simon_MacMichael

Tributes have been paid to Pat Coyle from County Westmeath,  the Irish cyclist who died from a suspected heart attack at the Tour of Flanders Clyclo sportive on Saturday.

The 56-year-old had been riding the 129 kilometre version of the event with his son when he collapsed while tackling the cobbled climb of the Oude Kwaremont.

> Irishman dies during Tour of Flanders cycling event in Belgium

The Shannonside Cycling Club member died was one of 16,000 people taking part in the event, held on the same roads as yesterday’s Tour of Flanders, won by Peter Sagan.

Quoted in the Irish Mirror, Irish Cycling’s CEO, Geoff Liffey, said: “I’d like to extend my deepest condolences to his family at this difficult time.”

Kevin 'Boxer' Moran, who represents Longford-Westmeath in the lower house of the Irish parliament, said that he had been "saddened by the news".

He continued: "Pat was a great man for cycling, he's been cycling all his life. He's well known to the community and he was a gentleman, that's for sure."

Clubmates and friends have been paying tribute to Mr Coyle on the Shannonside Cycling Club Facebook page.

Pat Fox wrote: “Such sad and devastating news. Pat was the heart and soul of cycling in Athlone.

“We spent many great days out taking the youngsters to the races in the ould red bus and the jam buns. We will miss you sorely.”

Stephen O' Reilly added: “Lucky to receive many tips and advice from Pat. All questions were welcomed no matter how stupid. Gentleman. Thoughts are with his family at this difficult time.”