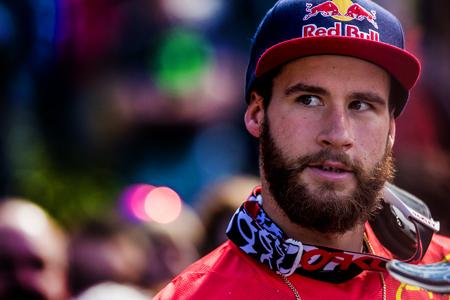 Canadian mountain biker Steve Smith, winner of the UCI Mountain Bike Downhill World Cup in 2013, has died at the age of 26 following a motorcycle crash.

In a statement issued yesterday, his Devinci Global Racing team said that he died “after suffering a massive brain injury resulting from an enduro motorcycle accident in his hometown of Nanaimo, British Columbia.”

Nicknamed ‘The Canadian Chainsaw’ Smith took wins at Leogang, Hafjell, and Mont-Sainte-Anne, Que on his way to his 2013 World Cup overall victory.

Last month, he finished second in the opening round of this year’s World Cup series in Lourdes, marking a resumption of form following a couple of seasons that he had been forced to miss through injury.

Team manager Gabe Fox said: “Today we lost a great person, who taught me about myself and influenced many.

“Stevie was a fierce competitor, an honest friend and a rider who made me proud on countless occasions. I am honoured to consider him my friend for so long.” 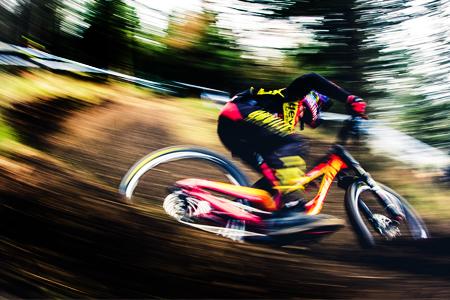 “His spirit was infectious and inspirational,” said his team. “He passed away peacefully surrounded by his close family and those he positively affected.”

Fox added: “Steve was the most successful Canadian Gravity Racer of all time. His passing leaves a huge hole in our hearts here at Devinci.”

Trek-Segafredo’s Ryder Hesjedal, who started his career in mountain biking before switching to the road, was among those to express their shock at the news on social media.

The Stevie Smith Legacy Fund has been set up in his memory, with money raised helping to assist young riders. Donations can be made here.