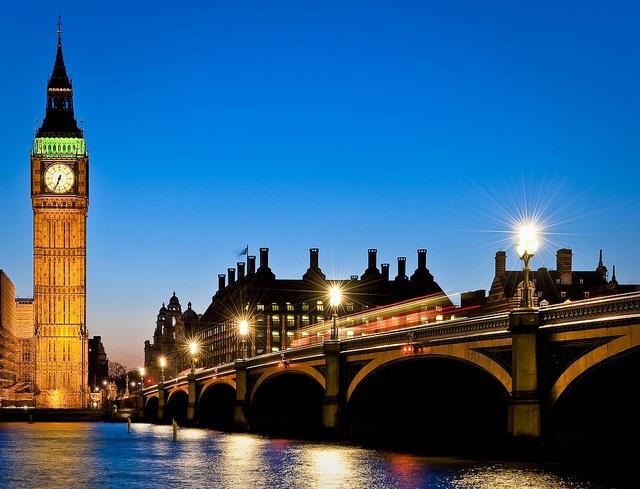 One of London’s most prestigious teaching hospitals is attempting to block a bike lane across Westminster Bridge, saying the design could put patients at risk.

St Thomas’s Hospital, just across the bridge from the Houses of Parliament, is angering cycling campaigners by saying that vulnerable people are being put in harm’s way near the proposed ‘floating’ bus stops.

But proponents of the route say the bus stop designs are already in use in Whitechapel, near the Royal London Hospital, on the segregated Cycle Superhighway 2 (CS2) route.

The route across Westminster Bridge will link in with Boris Johnson’s legacy East-West Cycle Superhighwayay, and its success will be seen as a test of new Mayor Sadiq Khan’s commitment to continuing the focus on cycling in the capital.

A change.org petition has been set up against the floating bus stops near St Thomas’s, but had gathered only a few hundred signatures at time of writing.

“We are particularly concerned about the impact on patients and carers, especially the elderly, disabled, and families with children in buggies and wheelchairs coming to Evelina London Children’s Hospital.”

"Every day thousands of patients – many of them elderly, pregnant or with sick children – use the bus stop outside St Thomas’. The present plans ignore this vulnerable population and I do not believe that adequate thought has been given to their needs.”

Cycling blogger Mark Treasure told the Standard: “Guy’s and St Thomas’ position is disappointing principally because cycling is already allowed on the footway in question.

The proposed new cycleway would keep people off the pavement, and actually reduce conflict. Anyone cycling past- or even to - the hospital, young or old, deserves safety, just as much as anyone on foot.”

TfL say the improvements would open up safer cycle links from Waterloo station and south London to the new East-West Cycle Superhighway, which is currently under construction, and would also give cyclists a high quality route from Waterloo to Parliament Square, the Embankment, Marble Arch, Paddington, Blackfriars and the City.

As the cycle lanes leave the Westminster side of the bridge, they will link into the east-west “Crossrail for bikes” scheme on the Victoria Embankment, which will be formally opened on April 30.

The layout of the Waterloo side will be remodelled, with segregated space for cyclists, separate traffic lights giving cyclists an early start on the roundabout and improved pedestrian crossings.

There will also be a new cycle route along the South Bank as part of the “central London grid”.

Specific cycle-friendly measures in the plans include:

TfL said that 74 per cent supported or partially supported the proposals. Leon Daniels, managing director of surface transport at TfL, said: “This latest radical redesign of one of London’s most disconnecting and intimidating junctions will bring it into the 21st century to support an ever-growing London.”