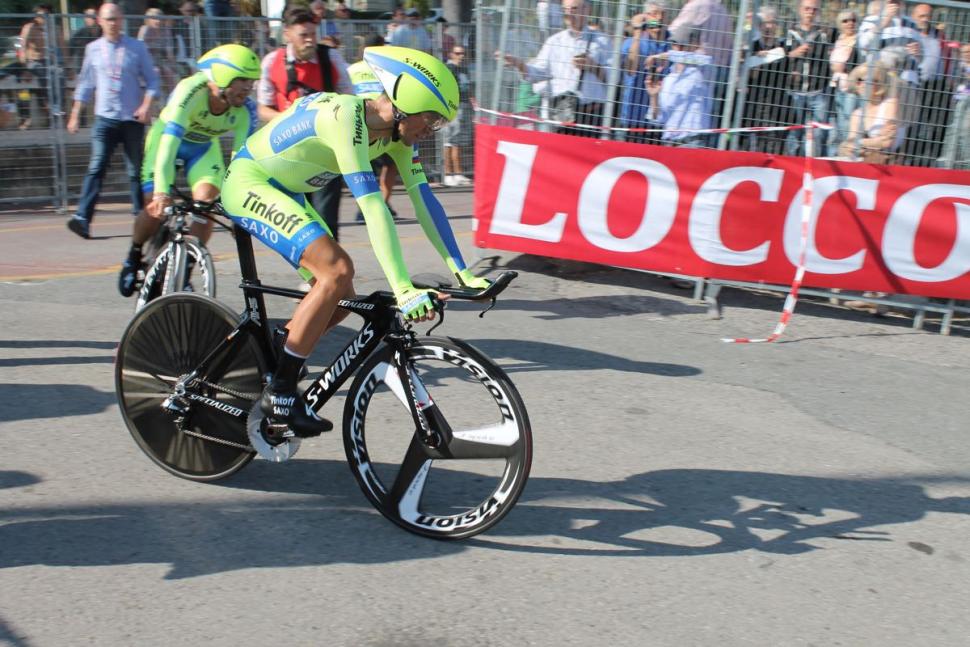 Alberto Contador says that he plans to keep racing for two more years and is close to finalising a contract to ride for a new team, reports L’Equipe.

The 33-year-old, whose current Tinkoff team folds at the end of this season, was speaking at a press conference yesterday prior to today’s Prologue of the Criterium du Dauphiné, which he won to take the leader’s jersey.

“This won’t me my last season, I can guarantee that,” said the Spaniard, who revealed earlier this year that he was rethinking his plans to retire at the end of 2016.

“The support of fans on the road and on social networks has made me think a lot, and it’s convinced me to continue” he went on.

“Also, I feel physically better than ever before. If I’d felt I’d lost 1 per cent of my level in training, my decision would have been different,” he added.

Contador said he could not reveal his plans until 1 August at earliest, the date when the contract season officially opens.

But he confirmed that he is “close to finalising it, and I want to sign for two years.”

Today’s Prologue saw the riders tackle a 4km uphill course from Les Gets to Mont Chéry which had an average gradient of 10 per cent and ramps of 20 per cent in places.

The prospect of poor weather later on meant that some teams put their stronger riders out earlier than would usually happen in this type of stage, among them defending champion Chris Froome of Team Sky.

He set a time of 11 minutes 49 seconds, but would be overhauled by his close friend and former team mate Richie Porte of BMC Racing, seven seconds faster, while Contador was another six seconds quicker than the Australian to take the lead of the one-week race.