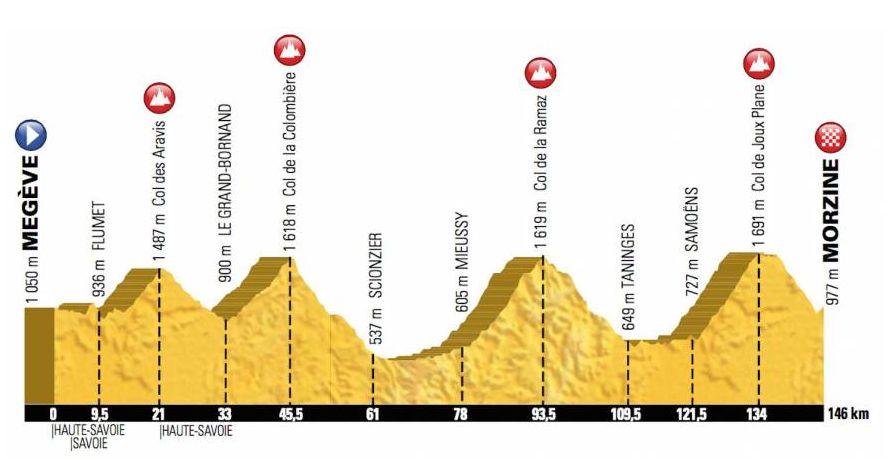 One of the contestants in Channel 5’s Tour de Celeb has injured himself during training. A source said that Made In Chelsea star Hugo Taylor “overdid it” during preparations for L’Etape du Tour.

The four part series follows eight celebrities as they train to complete the route covered on Stage 20 of this year’s Tour de France, a 146km jaunt through the Alps from Megeve to Morzine. The stage includes four tough ascents – the Col des Aravis, the Col de la Colombiere, the Col de la Ramaz and the Col de la Joux Plane before the descent to the finish, with 3,335 metres of climbing in all.

The other seven celebrities taking part are Jodie Kidd, Austin Healey, Amy Williams, Darren Gough, Angelica Bell, Louie Spence and Lucy Mecklenburgh, while Victoria Pendlton, Dame Sarah Storey and Rob Hayles are among the coaches who will be preparing them for the event.

The Sun reports that Taylor was checked over by medics earlier this week. He was forced to pull out of a press event on doctor’s orders having been told to rest instead, but it doesn’t sound like it was anything too serious.

The source said: “They’re all keen to get off to a good start but Hugo overdid it. He’s frustrated but hopes to be back in the saddle soon. After the uproar surrounding The Jump, producers will be hoping this is the first and last of the injuries. With just eight people taking part they can’t afford to lose any more.”