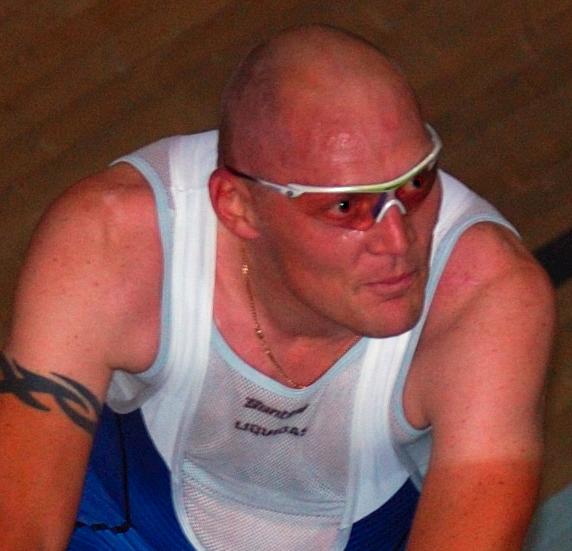 Magnus Bäckstedt the Swedish cyclist who won the 2004 edition of Paris Roubaix in a thrilling sprint finish today announced his immediate retirement.

His career was blighted by injury particularly after winning the Hell of the North almost five years ago. the most serious of which were a persistent knee injury, melanoma, a severe shoulder injury and a broken collarbone.

He turned pro in 1996 and his first big success came in the '98 Tour when he won stage 19. As well as winning Paris Roubaix and his Tour stage win Bäckstedt also had success at the Giro D'Italia.

His career defining win at Roubaix came when riding for Allesse-Bianchi, he started out with Collstrop-Palmans and also had stints with Crédit Agricole, Team Fakta and Liquigas before joining up with his last team, Garmin Slipstream for whom he will continue to act as a consultant.

Bäckstedt will also now turn his attention to his development team, Cyclesport.se-MagnusMaximusCoffee.com and his Magnus Maximus coffee business – not many pros have a coffee shop attached to their website… we'll be getting some in for testing – with cake.

"We will miss Magnus this year. He's been a tremendous leader and an inspired mentor for the younger athletes," said Jonathan Vaughters, CEO and director sportif of Team Garmin-Slipstream. "But we are happy that Magnus will stay on to play a consulting role with us. We wish him the best of luck with his new team."

"I have had a fantastic career. I turned pro at 21; I have raced with some of the best riders and teams in the World. I've won a stage of the Tour de France and the biggest one-day Classic in the World, among others. I can take a step down from the highest level of the sport with my head held high and with the knowledge that I helped bring about a change in the sport by being involved with Garmin-Slipstream. I believe in a NEW clean future for our sport and I can pass this onto my own young riders.

I want to thank Jonathan Vaughters, Doug Ellis, every single person in the team, everyone at Garmin and our other sponsors who have supported me.

Most of all I want to thank my family (wife and 2 daughters especially), friends and all the people who have helped me through the years. I also want to thank my fans. You guys have been a huge contributing factor in helping me get back from each setback.

As they say, as one door closes, another one opens. New beginnings with no regrets. I'm still going to ride my bike, wind down and bring on the future champions.