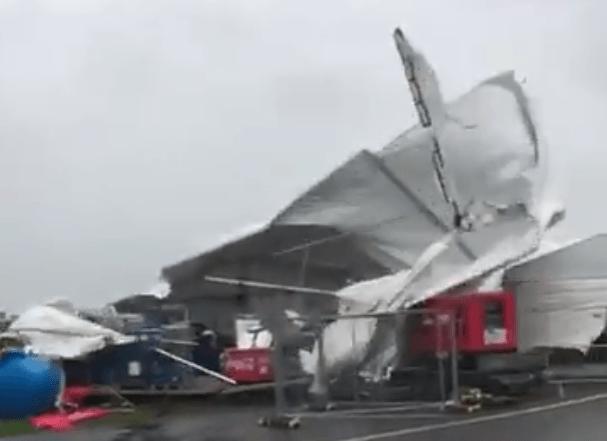 Gusts of wind recorded at over 50mph forced the fourth round of the Cyclocross World Cup in Koksijde in Belgium to be cancelled.

UCI officials on the ground called off the junior and under-23 races this morning and declared that a decision would be made on the men's and women's professional races later on in the morning.

Just over an hour later, however, the same officials announced that all of the day's racing would have to be cancelled because the winds would have made any sort of competition dangerous.

According to British pro cyclocross rider Helen Wyman this was the first World Cup Cyclocross race to be called off in 14 years of competition.

For some context here's Belgium pro cyclist Gianni Vermeersch's video of the conditions. As you will see, these weren't wind gusts that would have simply made riding the course's sand dunes difficult for the riders; the threat of flying debris was very real.

Northern Belgium isn't known for its particularly pleasant weather at this time of year, and the town of Koksijde on Belgium's north coast has regularly hosted races on the UCI's Cyclocross race calendar. While rain and mud are expected, this wind provided a danger that many of the competitors agreed was not worth riding through.

Current World Cup leader Wout van Aert supported the UCI's decision to cancel the race, as did British rider Helen Wyman - though she was set to miss the race through injury anyway.

Dissapointed to not race today but I think the organisation has made a brave decision to cancel all races. Safety first!

FYI driving a 3 tonne camper on the motorway in this wind is dangerous the UCI made the right call for rider and spectators safety. #wild https://t.co/VWMrBWO8US

While no World Cup racing will be taking place in Koksijde this year, the competition goes on. The next race is set to take place in Zeven, Germany next week. Weather permitting.