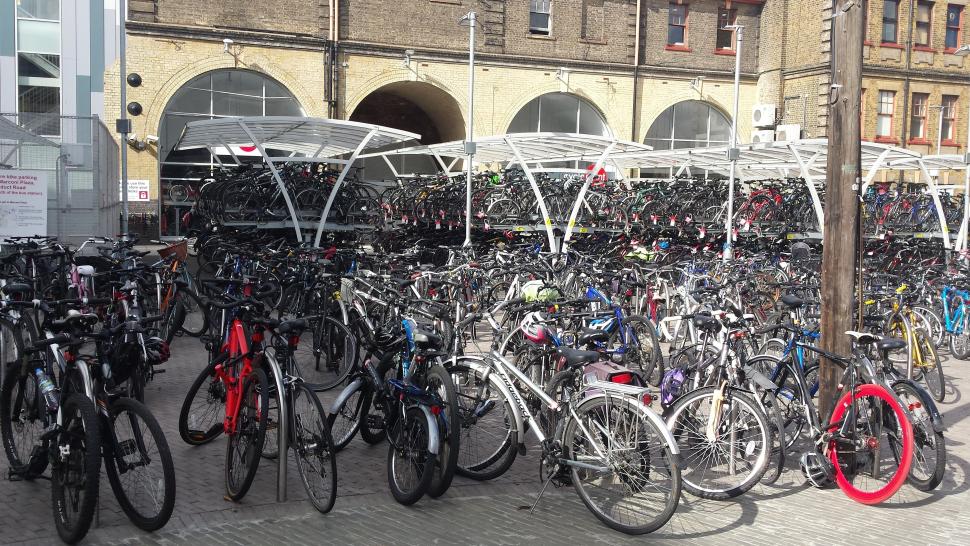 Is this the Netherlands, or Chelmsford? ask cyclists faced with hundreds of bikes parked at station

From certain angles, if you squint, just maybe... Chelmsford's bike parking does actually resemble a scene from the Netherlands...
by Laura Laker

It’s perhaps not every day Chelmsford is mistaken for a town in the Netherlands, but the cycle parking at its railway station – and the numbers of bikes parked there – have encouraged the comparison.

The train company is owned by Abellio which iis the international arm of the Dutch national rail operator Nederlandse Spoorwegen.

It says that Chelmsford station's cycle parking which, like other CyclePoint facilities includes changing rooms as well as cycle parking, is “regularly close to capacity”.

No this ain't the Netherlands, this is Chelmsford! Rail hubs, combined with car parking charges, a real fillip to bicycle use pic.twitter.com/CB8qrlE0Mp

Paul Oxley, Greater Anglia Stakeholder Manager, said: "CyclePoint is a Dutch concept which we introduced for the first time in our region at Chelmsford. 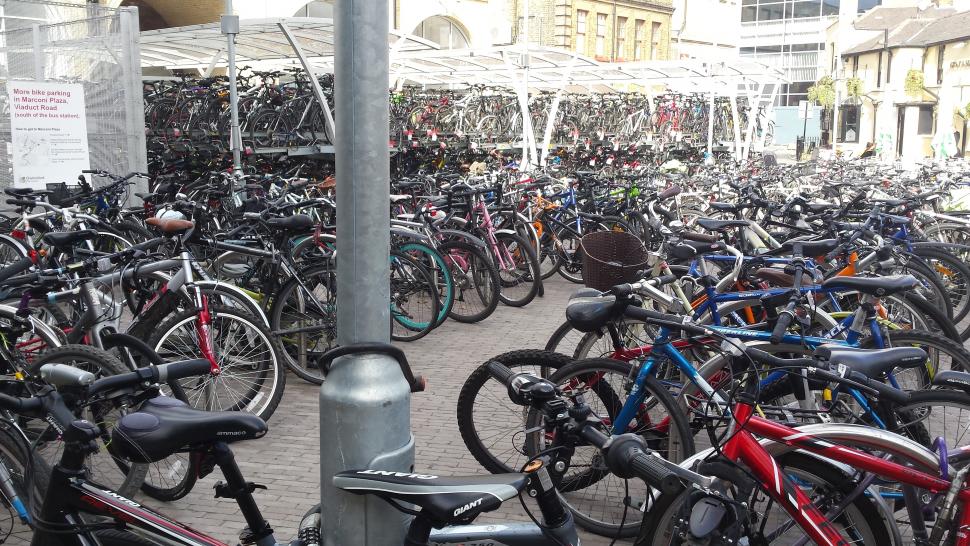 “The facility has proved a great success, judging from the number of people using it, no doubt partly because the station is within a few minutes’ walk from the city centre. We are always keen to improve our integrated transport arrangements. Earlier this year we reached a landmark of cycle parking available at all of our stations."

Inevitably, someone is keen to point out it can’t be the Netherlands - because of the masonry.

As well as cycle parking, Abellio Greater Anglia offers or will offer CyclePark PLUS – secure fob-access cycle parking, at 18 of its stations, and Bike & Go at 14 stations, bicycles for hire for a passenger’s onward journey from their destination station.