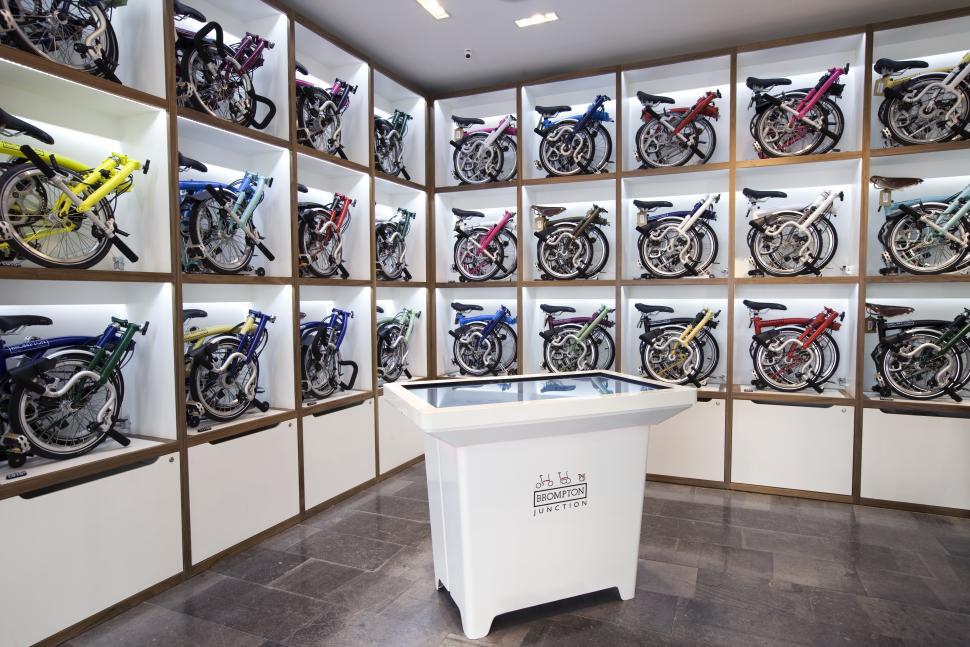 Brompton profits hit in 2015/16 as company invests for growth

The cost of moving to a new factory and developing an electric version of its iconic folding bike hit the bottom line at Brompton Bicycle Ltd in its latest financial year – but the West London firm says both sales and profits should pick up this year, and that it has no concerns over Brexit.

In the 12 months ended 31 March 2016, underlying profits at the business slipped 40 per cent to £1.3 million, reports the Guardian.

But with the company selling 2 per cent more bikes compared to the previous year, turnover increased by 3.4 per cent to £28.4 million.

That turnover growth was lower than expected, however, due to factors including a worldwide decline in bike sales as well as the increasing importance in northern Europe of e-bikes – a market Brompton will be entering during 2017 through its new model, developed in partnership with Williams Formula 1.

> Electric Brompton on the way

Brompton moved from Brentford to its new factory in Greenford during 2015, officially opened last November by the Duke of Edinburgh. By 2020, the company hopes to be making 100,000 bikes a year there.

CEO Will Butler-Adams sees the United Kingdom’s vote to leave the European Union as being beneficial for the company, which exports 80 per cent of the bicycles it makes.

Already, the fall in the value of sterling following the 23 June referendum has enabled it to reduce prices by 7 per cent in markets outside the UK.

He added that with Brompton targeting the United States and China in particular for growth, uncertainty over the country’s future trading relationship with the EU was “completely irrelevant” and “mostly gubbins for our business.”

Butler-Adams, who described 2015/16 as a “killer year,” said: “We are a little company going through growing pains.

“There are periods in manufacturing where you have got to take a big risk. We went to shareholders before we took them on this rollercoaster … they knew it was coming.”

He said the move to Greenford would result in improved efficiency and expects sales and profit to grow this year, and added that the launch of the electric version later this year would enable it to harness opportunities in a market it is currently absent from.