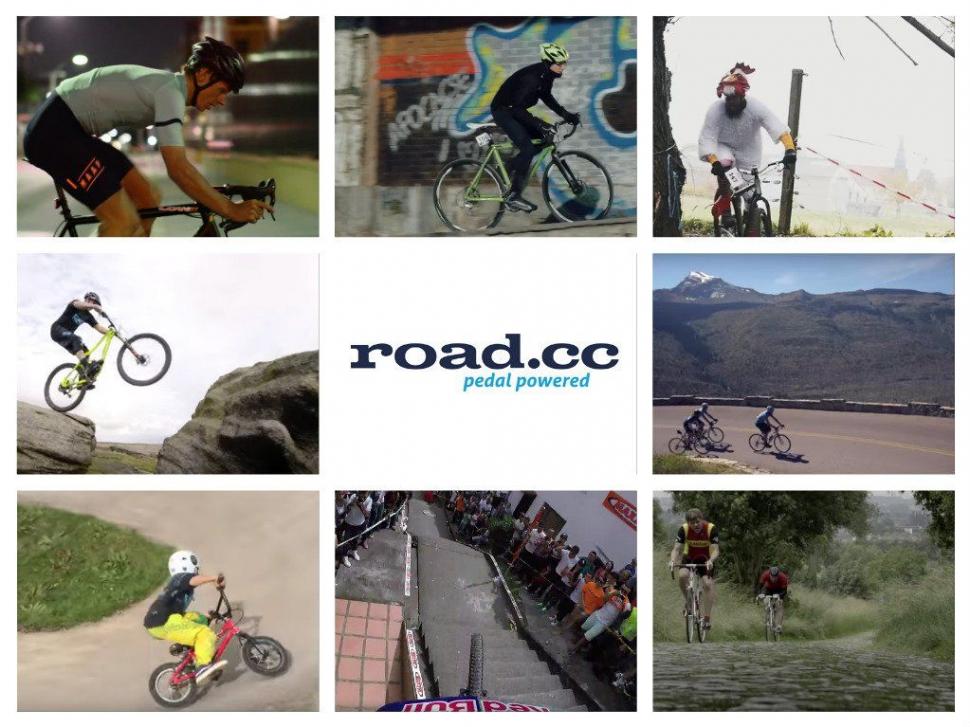 Cycling Video Round Up – a vast bulging sack of just about everything cycling related, and lots of cyclo-cross

Everyone’s back at work and it shows in this week’s extensive video round-up where there’s just about every aspect of cycling covered from the etiquette of the wee-stop to the voices inside our heads. And my, it’s been a busy week in cyclo-cross.

Harry’s year of being 6

Remember when you were six and you’d just mastered tying shoe-laces? Well, here’s Harry Schofield with a round-up of what he managed last year. South series BMX champ, British BMX No 3 and one BMX National 2nd place, all that and what you can see in this video.

If you’re feeling a bit chilly this isn’t going to help as we follow Michael Demianyk around the Adelaide Hills in short sleeved MAAP kit both day and night. Shorts at night, remember that? Filming this resulted in $800 worth of fines and 8 police cars, serves them right.

“One Year in Blue” Trailer

Here’s a quick preview of the “One Year in Blue” film that premiered this week at the Quick-Step Floors Cycling Team presentation. It documents their 2016 season when as Etixx-QuickStep they were the most successful cycling team of the year.

It’s not the R&D or the high tech carbon or the craftsmanship that’s makes Colnagos (is it Colnagos or Colnagoes? Colgnagi?) such exclusive and pricey machines, it’s the cost of paint and masking tape.

The RetroRonde van Vlaanderen is much like the more famous Eroica where you get to ride an old bike over a classic route. Billed as a leisurely Sunday ride there’s the choice of a 40, 75 or 100km route taking on some of the infamous Tour of Flanders bergs and cobbles. On a pre 1987 bike. The next one isn’t until 2018 so you have plenty of time to find that old bike and some moth-eaten woolen clothes.

.@WoutPoels complaining because we didn't wait for him while he took a nature break #todaysride #cycling pic.twitter.com/PUEvPTIWRH

Everyone stops when someone wants a wee on the ride yeah? Not on Chris Froome’s watch as you see here with Wout Poels complaining that no-one waited when he had to answer the call of nature. You’d have thought they would with his party music going on.

Fairdale Goes to the Sun

Fairdale Bikes from Austin, Texas do like and adventure and this video shows their latest jaunt to Glacier National Park in Montana.

Before every World Cup Downhill ex-downhill racer and now team manager Claudio Caluori gives a helmetcam preview commentary of the course, and here’s a compilation of this year’s best moments. It’s basically what goes on inside every one of our heads, even when we’re on road bikes. Especially the screaming bits.

Hellcross is a singlespeed cyclocross event in Esquelmes, Belgium. This was its fourth edition and had all you’d want from a SSCX race, beer, a band in a bus, more beer, fancy dress and frites.

Slightly more organised and with less fancy dress but more weather was the USA CX National Champs in Hartford, Connecticut.

Meanwhile back in the UK we had our own CX Champs, it was greyer and muddier. Special mud. What do you expect?

Our kind of Stairmaster by Marcelo Gutierrez

Ever wondered what it’s like to ride downhill through an urban conurbation on a bike that costs about as much as the inhabitants annual wage whilst wearing your pyjamas? This video from Red Bull following Marcelo Gutiérrez race through Manizales in Columbia gives you an idea.

Back to less orthodox cyclo-cross now and the Cross Arena 17 in Budapest using an abandoned factory and massive piece of sandy waste ground to create what looks like an awesome CX course.

CHRIS AKRIGG - AS IT LIES - Behind The Scenes

We showed Chris Akrigg’s ‘As It Lies’ film a couple of weeks ago and now he’s back to talk about how it was made to a backdrop of outtakes. It’s good to see that he is actually human, a bit of a riding god but still human.

That lot should inspire you to get out this weekend, it might be a bit cold but what would your 6 year-old self do? That’s right, go out and play.