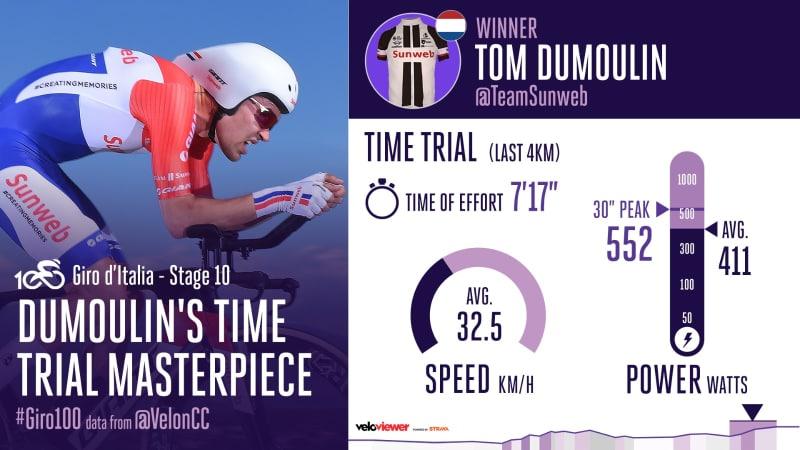 Tom Dumoulin has the power
by Alex Bowden

Velon tracked riders throughout the Giro d’Italia and provided their speed, cadence and power data via its app. It has now reviewed the race and used this information to provide some insight into what it takes to win different stages and the race as a whole.

The Giro’s decisive performance came on Stage 10 when Tom Dumoulin put 2m53s into Nairo Quintana in the first time trial.

Velon’s published data isn’t complete, but it shows that in the last 4km, up a false flat into a headwind, the Dutchman averaged 411W for 7m17s with 30-second peak power of 552W sprinting for the line.

Quintana wasn’t being tracked that day, but there is data for both riders from a few days later when Dumoulin outclassed his rival on Stage 14’s Oropa climb.

On the first steep sector from 7km to go, Dumoulin, a heavier rider, had to produce 468W to ride at the same speed as Quintana who was producing 423W.

The story was similar on Stage 20, where Dumoulin was attempting to minimise his losses having been dropped. 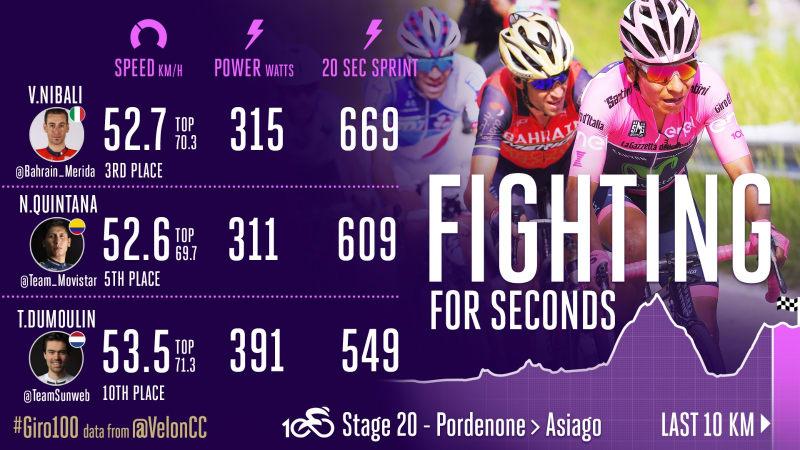 More information about various riders’ efforts in sprints, breaks and on climbs can be found here.