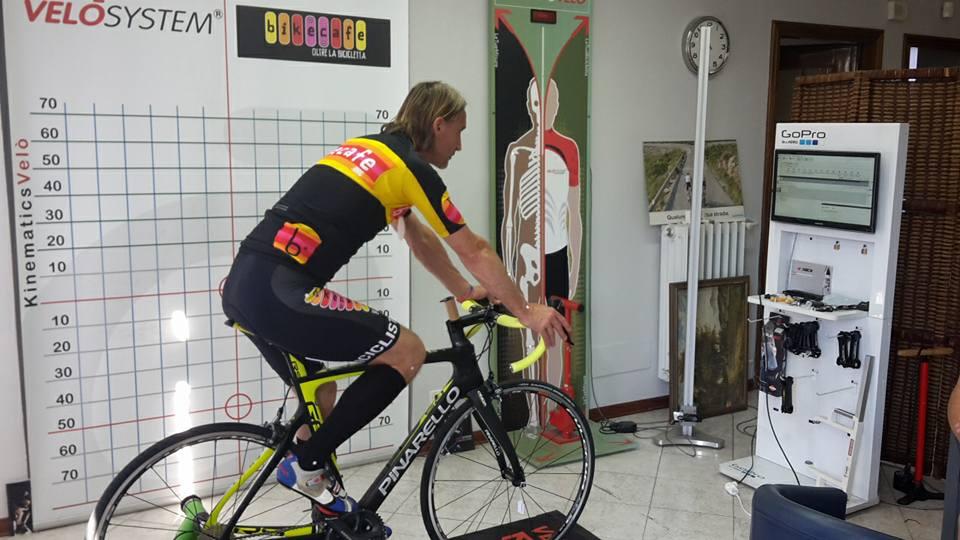 Italian football manager who led club to Serie A safety to cycle 1,300km to fulfil vow - and remember his son, killed while riding bike

Davide Nicola kept Crotone in Italy's top flight when they seemed doomed - now he will ride length of country...
by Simon_MacMichael

An Italian football manager who led his club’s escape from what seemed almost certain relegation from Serie A is fulfilling a vow to cycle 1,300 kilometres from one length of the country to the other – and in what will be an emotional journey for Davide Nicola, the journey’s end is where his son was killed at the age of 14 while riding his bike.

Davide Nicola, aged 44, spent most of his playing career with Italy’s oldest football club, Genoa – he helped them beat Port Vale at Wembley in 1996 in the last ever edition of the Anglo-Italian Cup – before moving into management when he retired in 2010.

That made him a “Mister” – the title bestowed on Italian managers, a nod to the fact that Genoa Football & Cricket Club, along with teams such as AC Milan (note the Anglicisation of both their names) was founded by Britons working in the Ligurian port.

Ahead of the 2016/17 season, Nicola took charge of Calabrian club Crotone, which had just been promoted to Seria A, Italian football’s top flight, for the first time in its history.

But, as Italian sports journalist Tancredi Palmeri – describing it as “maybe the story of the year” –  outlined on Twitter today, just two months ago it looked certain they were going straight back down to Serie B.

On 1 April, Crotone were eight points from safety with just 14 points from 29 games and nine matches remaining – including against eventual champions Juventus, as well as Lazio, Milan, Inter, Torino and Sampdoria, all of which would finish in the top half of the table.

Somehow, despite the club being rooted to the bottom of the table for the entire season until that point, Nicola kept his job.

It didn’t help that in the summer, Crotone had released most of the players who had got them promoted, nor that for the first two months of the season, their ‘home’ games were played 1,000 kilometres away as their stadium was brought up to Serie A standards.

So when, at the start of April, Nicola pledged to undertake a 1,300-kilometre bike ride from Crotone to Turin should he manage to save the club from relegation, it seemed highly unlikely he would have to make good on the bet.

And then, something extraordinary happened. Crotone went from being the whipping boys of Serie A to becoming its form team, their run starting with a 2-1 win away to Chievo.

They beat Inter 2-1 at home the following week and Sampdoria away by the same score a fortnight later as they went on a run that saw their only defeat come against Serie A winners – and Champions League finalists – Juventus in the penultimate game.

But Crotone still weren’t safe heading into the final round of matches, and were widely expected to go down.

Why? Well, for one, they were playing Lazio, who needed a win to guarantee them fourth place in the table.

But more pertinently, the other team trying to avoid the drop, Empoli, visiting already relegated Palermo who had a very good reason for wanting to see Crotone rather than their opponents that day go down – namely, an extra €15 million in parachute payment for their own demotion.

Now, if you’re familiar with the Italian concept of dietrologia – roughly equivalent to ‘conspiracy theory’ in English – you’d expect Empoli to have won, especially if you know anything about the history of Italian football.

Except they didn’t. Certainly with 15 minutes left in Palermo, it looked as though the Tuscan side was safe as the match against Palermo remained goalless.

Then the Sicilians scored. And eight minutes later, they made it 2-0. Empoli got a late consolation goal, but they were doomed to relegation. And Palermo’s coffers were lighter to the tune of that €15 million.

That’s because in Calabria, after racing into an early 2-0 lead, Crotone had beaten Lazio 3-1, and thereby leapfrogged Empoli in the table to stay up.

And so, Nicola will set out tomorrow from Crotone on his journey to honour his promise by riding the length of Italy.

He’ll finish in around 10 days’ time in Vigone near Pinerolo – site of a Tour de France stage finish in 2011 – where he lives with his family and where his son Alessandro was killed in 2014 at the age of 14 while riding his bike when he was hit by a bus.

On the way, he will visit places he worked during his career as a player and coach – including Taranto, Bari, Pescara, Ancona, Livorno, Genoa and Turin.

Shop Bikecafe in Pinerolo has fitted Nicola with the Pinarello bike he’ll be riding.

After saving Crotone from relegation, Nicola shared online a letter he’d written to his son. He wrote:

Maybe you are on that cloud that was above me that night when I was running to set your lantern in flight.

We’ve fought together during this really complicated year but … today I know you are always here with me.

Ale, this isn’t my victory, but ours, just like the promotion to Serie A of Livorno [a club Nicola also managed].

I’d love to have celebrated with you, to look into your eyes and at your smile, to take you by the hand and run together to celebrate.

All this is only for you, and each success I have belongs to you, all my dreams are your dreams, too.

I want my heart to continue to beat for you, and that you can still live through me …

Even if, at times, it is tinged with sadness.