Back to news
news
Competitions

winner Announced! A Kinesis Tripster AT worth £1700

The Tripster AT competition is now closed, we have a winner.
by StantheVoice

A hugely popular competition, this one, and why not, there's another great prize on offer. And the person who won it is......

Win a Kinesis Tripster AT worth £1700

This competition closes at midnight Monday 11th September, so don't miss out!

We've got together with our chums at Upgrade Distribution - the people behind Kinesis Bikes - to give you the chance to win a rather spiffy  Kinesis Tripster AT worth £1700. The Tripster AT is one of those new-fangled adventure bikes designed to be ridden pretty much anywhere which makes not only ideal for all terrain adventures but for the rigourous demands of 21st Century British roads too.

Our man David Arthur reviewed the Tripster AT frameset only a month or so ago here are just some of the things  he had to say:

"An excellent and affordable do-it-all adventure, road and commuting bike with bags of versatility"

"I've ridden it everywhere and over everything in the few months I've had it, and apart from very rough mountain bike trails where any adventure bike would be out of its depth, there's really not much that fazes it."

You can read his full review here

Dave reviewed the frameset, but whoever wins this competition will be getting a complete bike built up with a SRAM Rival 1 build kit:

It comes either in yellow or in blue, as you can see here: 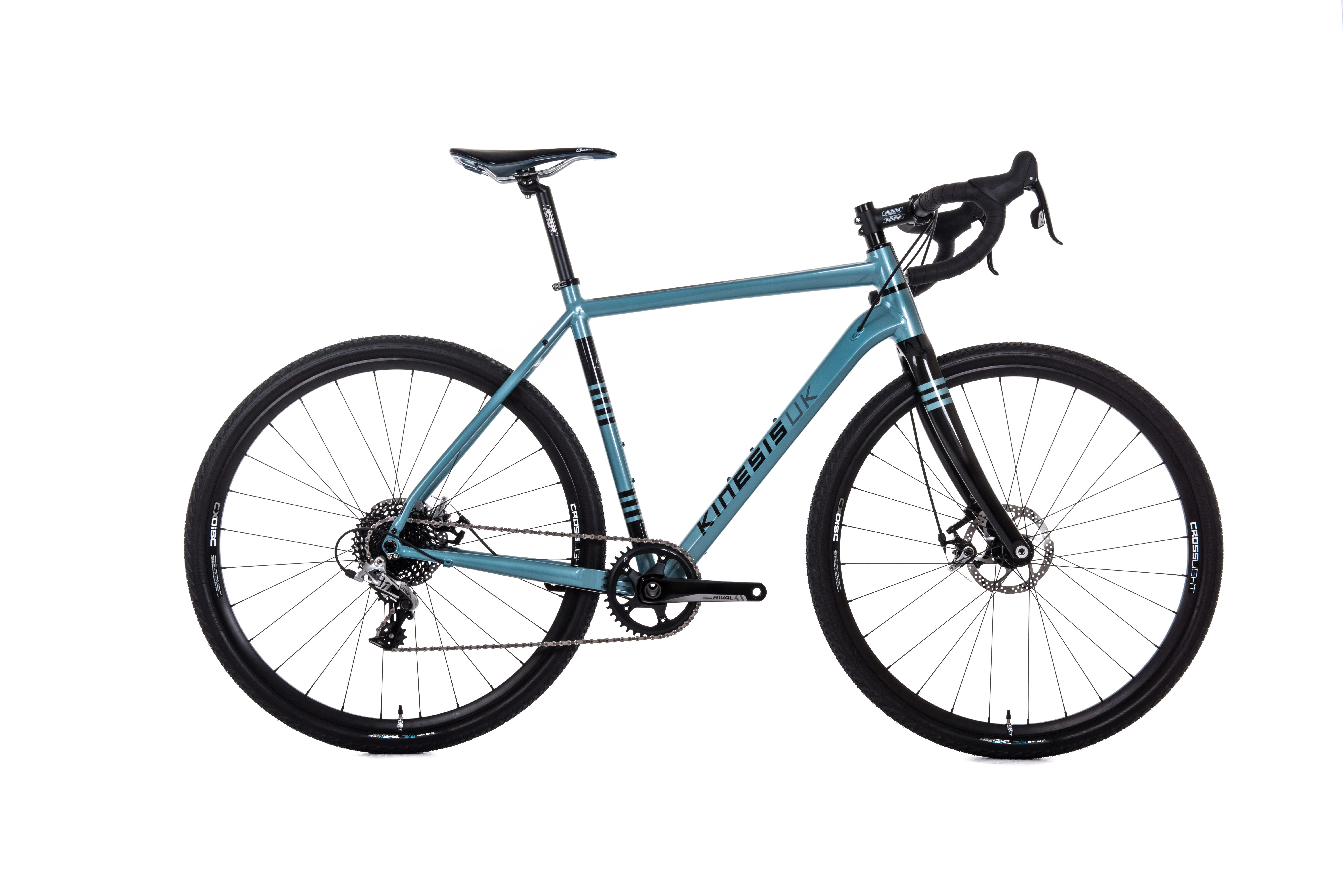 To be in with a chance of bagging the prize and having some all terrain adventures  on the AT all you have to do is fill in the form below - usual Ts & Cs apply (check 'em out at the bottom of the page).  If you're unlucky and don't win, (which is a possibility) you can still see the Tripster AT in all its glory at the Cycle Show at the end of September at the NEC in Birmingham… or you could just buy one. Stan, as he is called by virtually everyone, has been in mags and websites for the best part of a century. After a career in catering that included a stint as a wine waiter at the Savoy and owning a sandwich bar in Soho, Stan has  published mags in markets as diverse as Remote Controlled models to Cross-Stitching to Overseas Property. Stan has been known to cycle to work occasionally, and is always promising to do it more. As a sideline, he pretends to do voiceovers. Stan's been on the commercial team at road.cc for over 5 years.