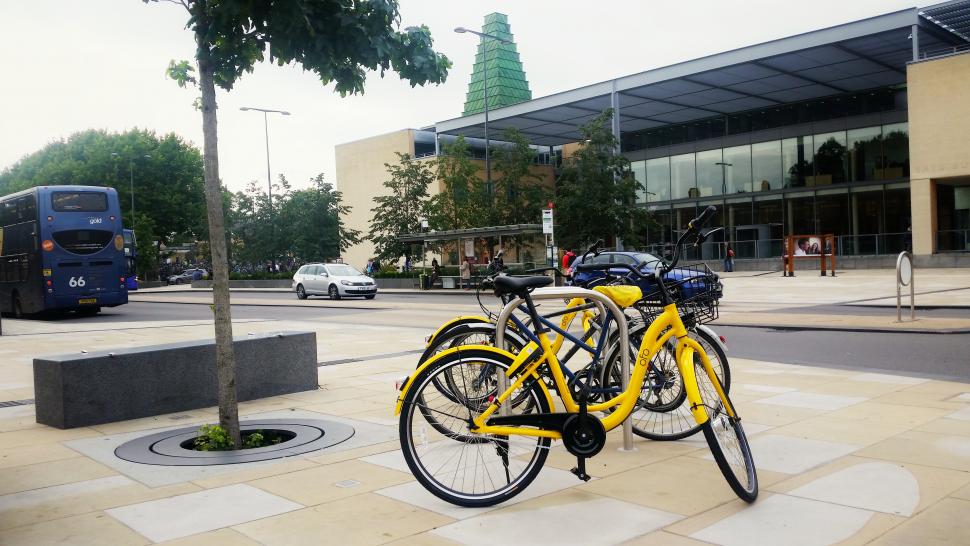 Bike-sharing company Ofo is reported to have raised a billion dollars in funding to continue its aim of world domination.

Following a successful launch in neighbouring Hackney, the company distributed 100 bikes onto the streets of Islington last month, in collaboration with Islington Council.

To access a bike, riders download the Ofo app and unlock their nearest bike via Bluetooth connection. Once their ride is complete, users simply close the lock to complete their ride and make it available for the next person to use.

The scheme costs 50p for 30 minutes, with no deposit required, and can be picked up and dropped off anywhere that bike parking is allowed.

Zhang Yanqi, 30, co-founder of ofo, said that cycling in London could reach Amsterdam levels with almost one in three journeys made by bike.

He said: “If people love us.. I think we have a chance to bring more people back to bikes in London. Less cars on the streets and better air, and the cost is lower. It makes people live an easier life in London.”

He added: “The most important thing is not about the number of bikes in the city, but are we really helping the city to solve the problem... congestion, pollution, the commuting problem in London?

“The UK is probably one of the most bike-friendly markets in the world. We have a huge expectation for the UK. We are investing a large amount of our resource in the UK to make sure it grows healthily.

“I think there is an important trend that is happening. It’s not brought by us, but we are part of it - micromobility. People who live in the city are migrating from the car to bikes, e-bikes and scooters. We need to find an environmentally sustainable way to live in the city.”

Investors are thought to include Chinese ecommerce business Alibaba, according to a report by the Financial Times.

Other names which have been mentioned as possible investors include Didi Chuxing, China's answer to Uber, and previous investors Alibaba.

Co-founder Pinjie Yang previously said in September that the company aimed to expand to up to 30 countries by 2018, with a launch planned for Moscow next year.

London has become a major battleground between rival bike share firms, with Ofo, Urbo, oBike and Mobike all now competing for territory and cyclists in the capital.

Just this week Ofo moved into Paris to trial its product there.