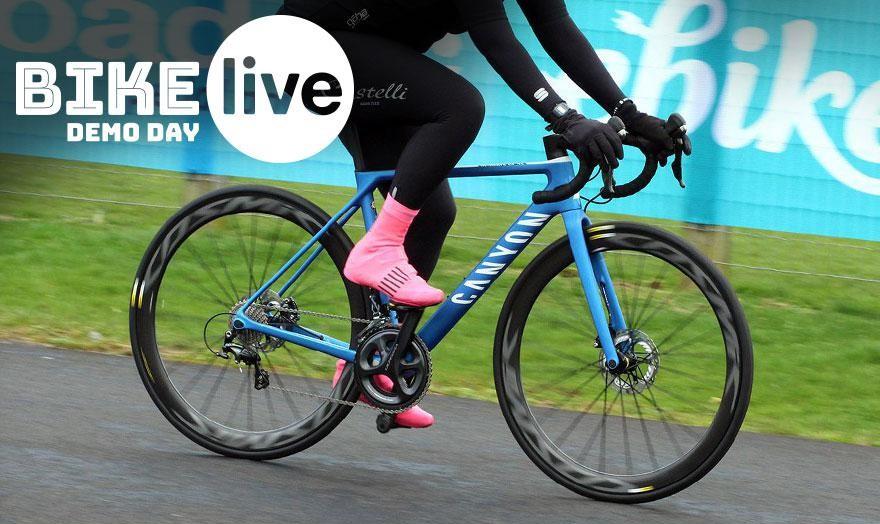 We take an in depth look at the bikes Canyon will be bringing with them to our road.cc BikeLIVE demo days
by Stu Kerton

BikeLIVE, road.cc’s demo day series kicks off in just a matter of weeks with our Bath event in February 2018 followed by London’s Redbridge Cycling Centre in March and then Cannock Chase just a month later.

With that in mind we thought we’d give you an in depth look at one of the brands that are signed up for all three events, Canyon and which bikes they'll be bringing for you to test ride. 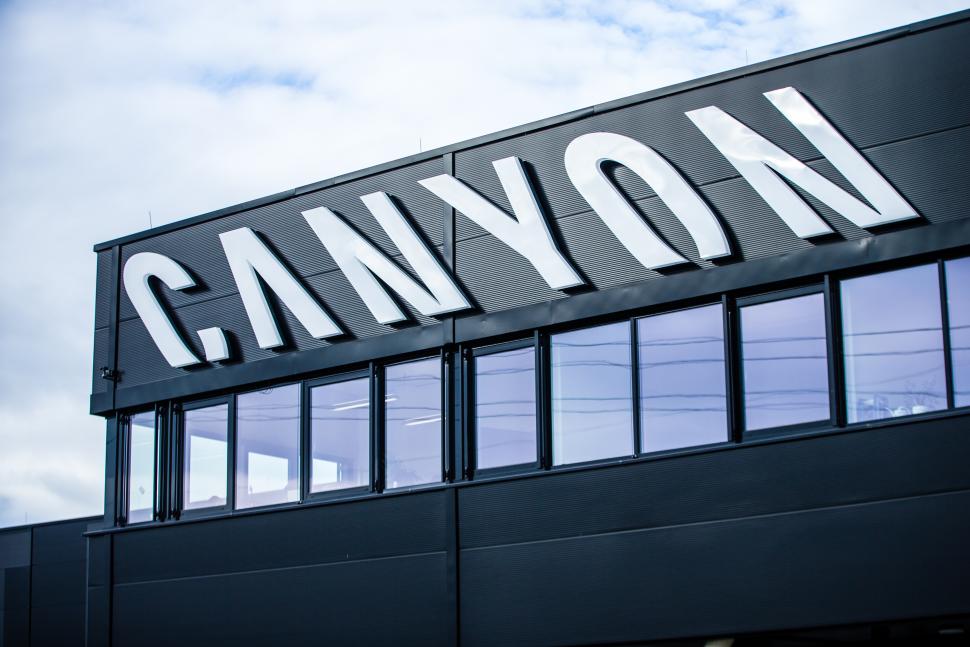 Judging by the response we get to our reviews of the German manufacturer’s bikes we know this is a popular brand with a lot of you, the swarms of inquisitive riders around their stand at BikeLIVE 2017 kind of confirmed that too.

As you well know Canyon uses a direct to consumer model where you purchase the bike online and they ship it to you. This obviously hinders the chance to try before you click ‘buy’ which is why BikeLIVE is such a great way to get a really in depth test ride of whichever model is on your wish list.

Both the Bath and London events offer a traffic free environment to get as many miles in as you want on the bikes plus Cannock uses a network of quiet roads that gives you a little taste of everything to really put the bikes through their paces. 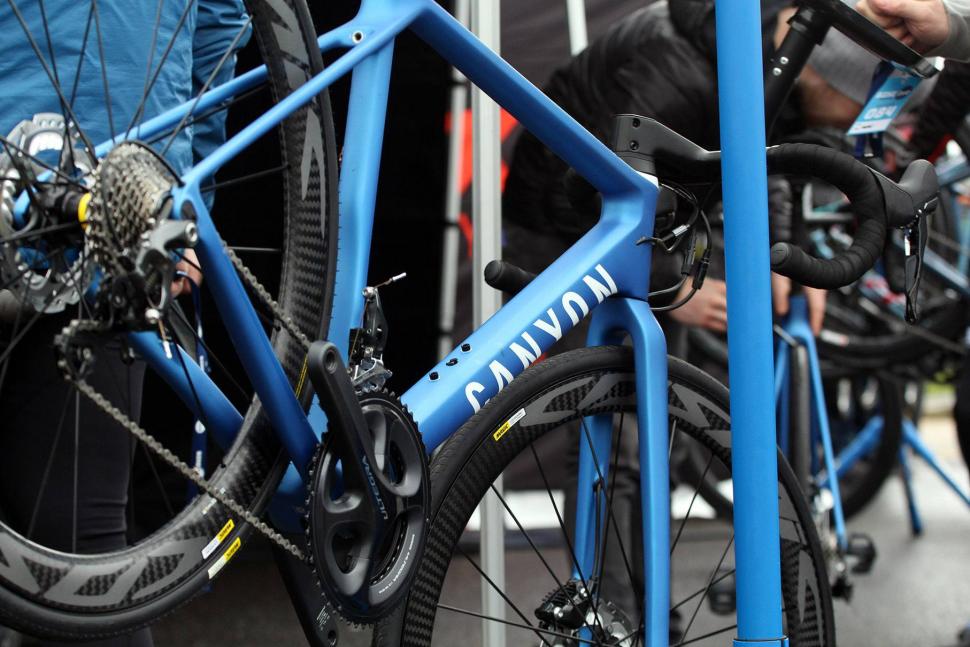 Let’s take a look at some of the bikes Canyon will have on offer. 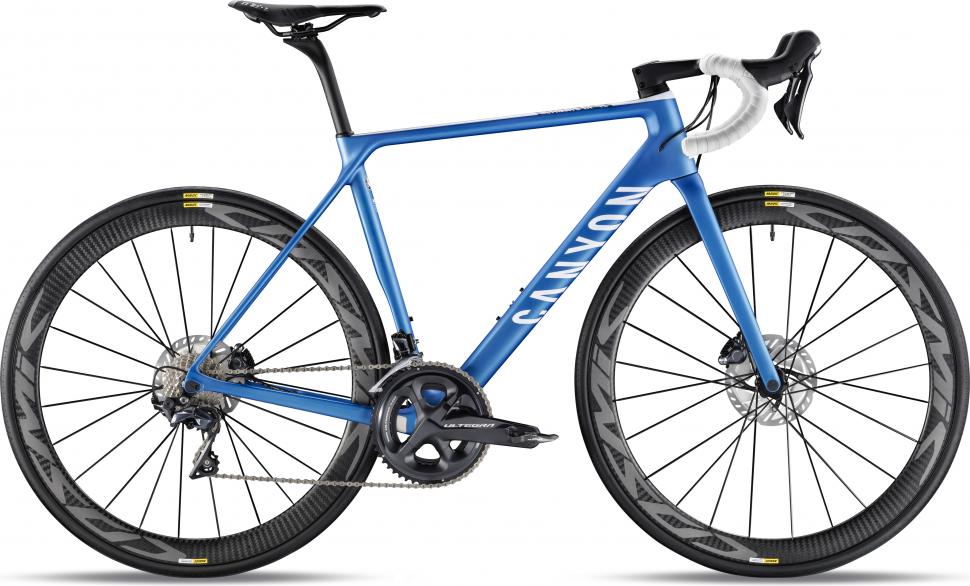 We have literally just taken a look at the latest Ultimate here in our unboxing vid and to say we are mightily impressed would be an understatement whether that be the disc or rim braked version.

"Wow. Just simply – wow. Bang for buck, you'll struggle to find a better race machine than the Canyon Ultimate SF SLX 9.0. But even taking value out of the equation, you'll be hard pressed to beat the weight and performance of the German company's 'all-round' racer." was how I described the model I previously rode.

At all three events Canyon will be bringing the £3,249 Ultimate CF SL Disc 8.0 Aero model in a full range of sizes. 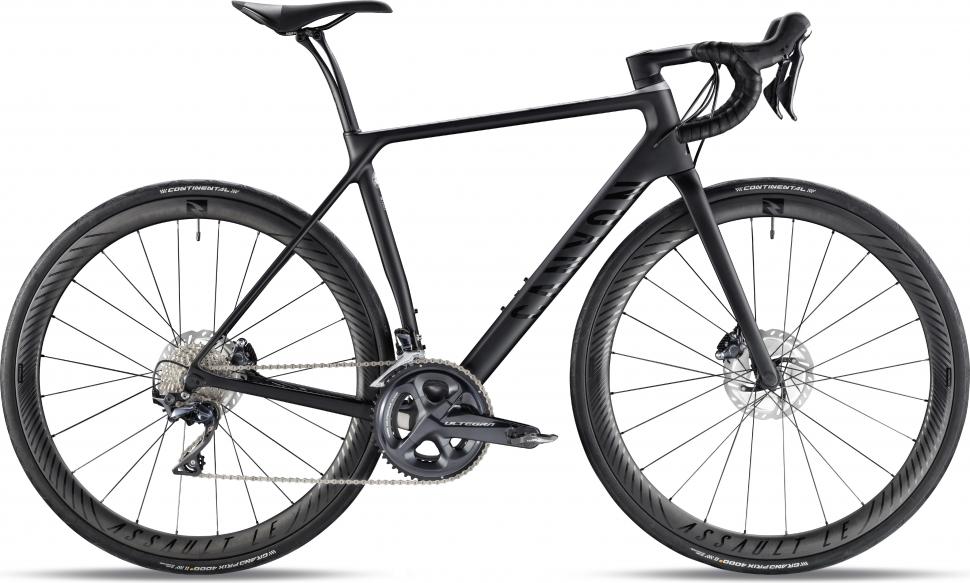 The Endurace is as you've probably guessed Canyon's take on the endurance genre, a slightly more relaxed geometry with a taller head tube and slightly shorter top tube for those who want a slightly more upright position than the company's race machines, again in a rim or disc braked option.

If you come to BikeLIVE you'll be able to demo the Endurace CF SL Disc 8.0 Aero pictured above. It's a cool £3,399 and it'll be available in sizes from XS through to XL.

Don't go thinking that makes the Endurace a bike that likes to take things easy though,  David Arthur described it like thus, "Canyon's brand new Endurace CF SLX 9.0 SL is a complete revamp of the original, and succeeds in offering a wonderfully smooth and comfortable ride yet with fast and engaging handling to indulge all those who like to ride quickly." The Aeroad is Canyon's take on the aero road bike with its deep section tubing and a long and low position  which means you'll see it being rolled out by the likes of the Movistar team on those flat grand tour stages. The top end, £6,349 CF SLX DB 9.0 Di2 model will be the one that you can blast around on.

"If you enjoy riding fast – and who doesn't? – then you won't find a more suitable bike for satisfying your desire to set the pace than Canyon's Aeroad CF SLX, which in this £2,699 base level 6.0 build, offers exceptional value for money."

When we tested the rim brake version it was described as an aero bike that lacks the compromises of most aero bikes being wonderfully compliant over rough roads plus light too. We've also tested the disc version here. 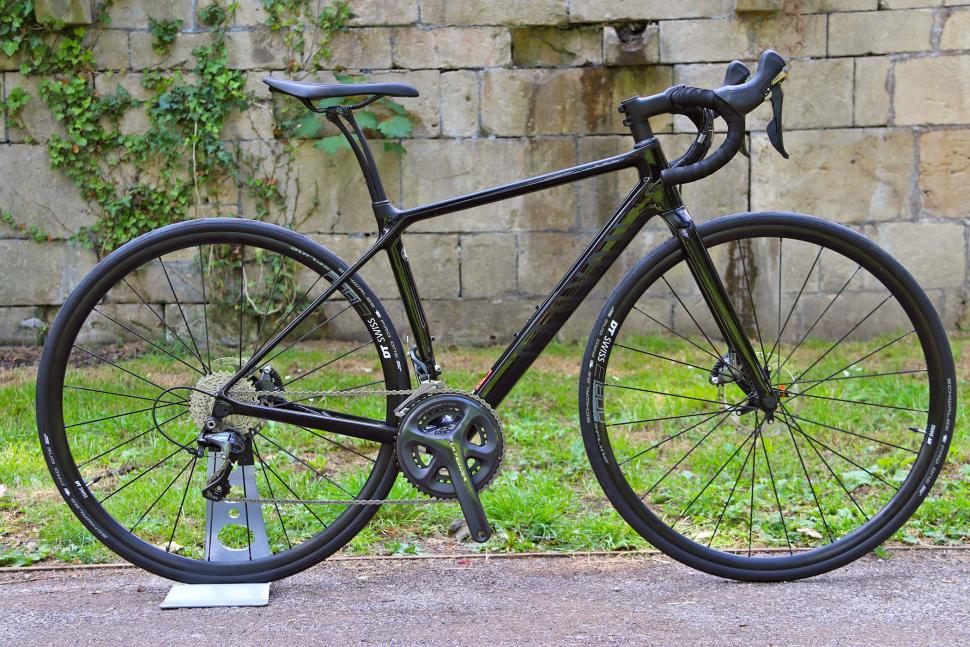 We first reported on Canyon's new women specific, disc brake equipped Endurace models back at the beginning of last year and the CF SL Disc 8.0 model is the one on offer at BikeLIVE. There will be a full compliment of sizes on offer from 2XS up to M, the smaller two models even use 650b wheels.

Our Tass reviewed this exact model last summer and you can read her thoughts here.

"Endurace WMN CF SL Disc 8.0 is a really tempting option if you want to travel fair distances in comfort at a decent speed. It's a tiny bit heavier overall – 490g – than the same size and similarly specced non-disc unisex version, losing a very slight degree of that excellent bike's 'twitchiness', but that could be seen as a bonus as much as a drawback, depending on how you like your ride."

If having a day out riding loads of bikes from various brands on differing terrains sounds an absolute blast then head to our BikeLIVE website to order your tickets for all three events. You can also read more in depth details here.

We'll see you there.