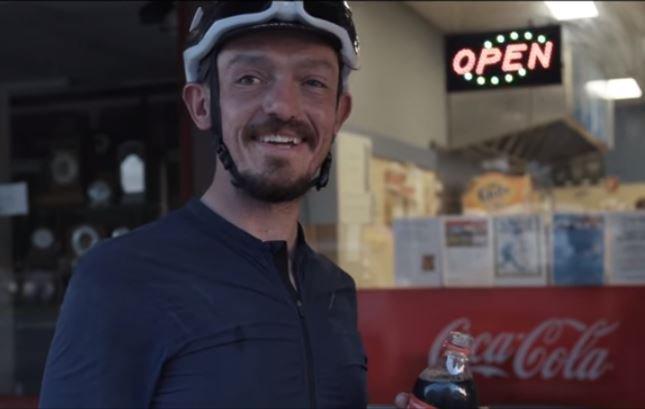 Forthcoming inquest into death of Mike Hall, killed during last year's race, cited for decision taken with "an extremely heavy heart"...
by Simon_MacMichael

Organisers of the India Pacific Wheel Race, which had his inaugural edition last year, have said it will not be held this year, citing the forthcoming inquest into the death of British ultra-cyclist Mike Hall, killed in a road traffic collision near Canberra in March last year.

In a message on the event’s website addressed to “Riders, dot-watchers, friends and fans,” Jesse Carlsson of organisers Dragon Face Pty Ltd said: “As you’re probably aware, the matter of Mike Hall’s death is before the ACT Coroner’s Court with an inquest likely to be held later in the year.

“Given this situation, and as more information about the potential outcomes of this process have become clear only very recently, it is with an extremely heavy heart that we cancel the 2018 Indian Pacific Wheel Race (IPWR) with immediate effect. That is, Dragon Face Pty Ltd will not be facilitating the riding of the IPWR in any way.”

Hall had been pursuing friend and rival Kristoff Allegaert to become the first rider to reach the finish at Sydney Opera House last year when he was reportedly struck from behind by a car.

The race, which had begun in Fremantle in Western Australia almost a fortnight previously, was immediately cancelled and tribute rides were held to the 35-year-old who was originally from Yorkshire but had moved to mid-Wales.

The fifth edition of the Transcontinental Race, the ultra-cycling event in Europe founded by Hall, went ahead in the summer and will return this year.

There will also be an Audax event in Wales in his memory, called This Is Not A Tour.

> Audax event in Wales next June in memory of Mike Hall

Organisers of the IWPR had planned for this year’s race to be a tribute to Hall, and in today’s message, they said: “The fact that this race has taken on a life of its own, strengthened the ultra-endurance cycling community and created an unparalleled interest in what is largely a very solitary pursuit is something of great pride.”

However, they added: “It’s for this same reason that this decision is not taken lightly, knowing how many people this will upset and even anger.

“All monies paid during the application process for the 2018 race will be refunded.

“Any person deciding to ride the IPWR course as their own endurance or bike touring challenge chooses to do so individually.

“No information to assist or facilitate such pursuits will be provided. Dragon Face Pty Ltd has no association with GPS tracking companies that riders may use while bike touring.

The announcement concluded: “Mike Hall was a source of inspiration to so many. The phrase ‘be more Mike’ is something many of us have clung to in the weeks and months following his untimely death.

“Revisit that and please channel any of the

negative energy associated with the cancellation of the IPWR into something that Mike would be proud of. Live because you can.”