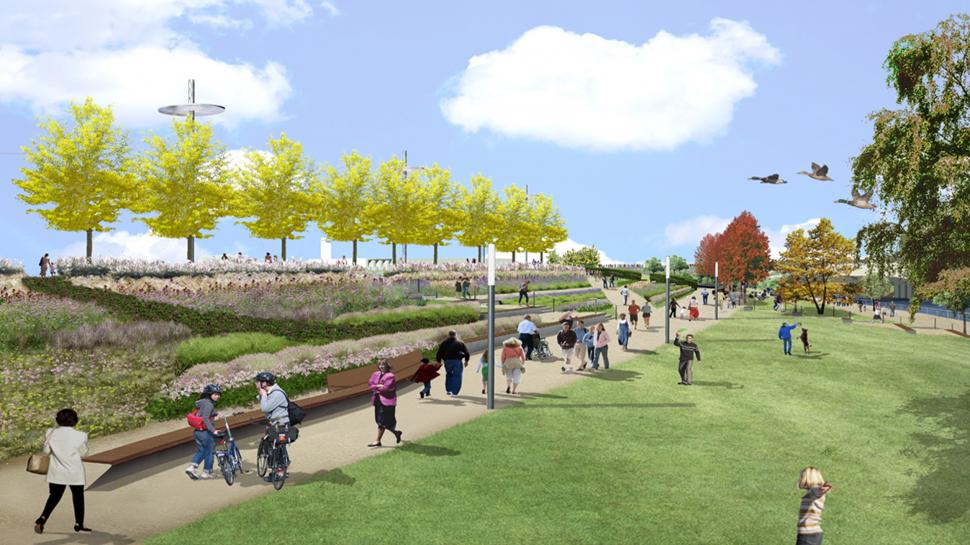 Although this being the funky and happening inclusive 'down with the kidz' 2012 bid – the Olympic Delivery Authority don't call theirs anything so mundane as a 'walking and cycling strategy' – this is about getting spectators to 'ride or stride' to the Games in 2012 (okay, can the grumpy old man bit, and tell us some facts – ed).

According to the ODA website the organisation will spend £11.5m to enable 385,000 visitors to ride or stride to the games – and although that is a fairly smalle share of the total number of visitors expected the ODA aims to have 100 per cent of those turning up to watch doing so by public transport. The money will also leave behind a legacy of permanent improvements to key routes between sporting hubs which the ODA hopes will encourage more people to walk and cycle to events in the future.

The ODA’s money will see two new walking and cycling paths created and six more significantly improved. The new cycling paths will stretch from Finsbury Park to Victoria Park, where 5,000 new bike spaces will be provided for Games-time use, and from Epping Forest and the Wanstead Flats to Stratford.

Commenting on the money being spent on riding and striding (you see, you're doing it now – ed) Mayor of London, Boris Johnson, said: 'The reinvigoration and extension of these walking and cycling routes will hugely increase the attractiveness of travelling to the Games venues in the most healthy and environment-friendly way possible.

'This infrastructure will leave Londoners with the legacy of some fantastic new green ways of getting about the city, to be used and enjoyed by walkers and cyclists for decades to come. The project also chimes with my Mayoral priority of stimulating a cycling revolution in the capital, which by 2012 will be well and truly underway with thousands of hire bikes and new cycle super-highways complementing these routes.'

Transport Minister Paul Clark said: 'I want to see more and more major events take the lead in sustainable transport. This important investment by London 2012 will not only benefit those visiting the Games, but also the huge number of cyclists in London.

'Encouraging spectators and Olympic Park workforce to use sustainable and active transport options to get to sporting and cultural events will help achieve the goal of making London 2012 the first sustainable Games and help inspire the rest of the country to try leaving the car behind.'

'Our success will be measured not just by who is active during the Games, but by how many more Londoners choose to 'stride or ride' in the future.'