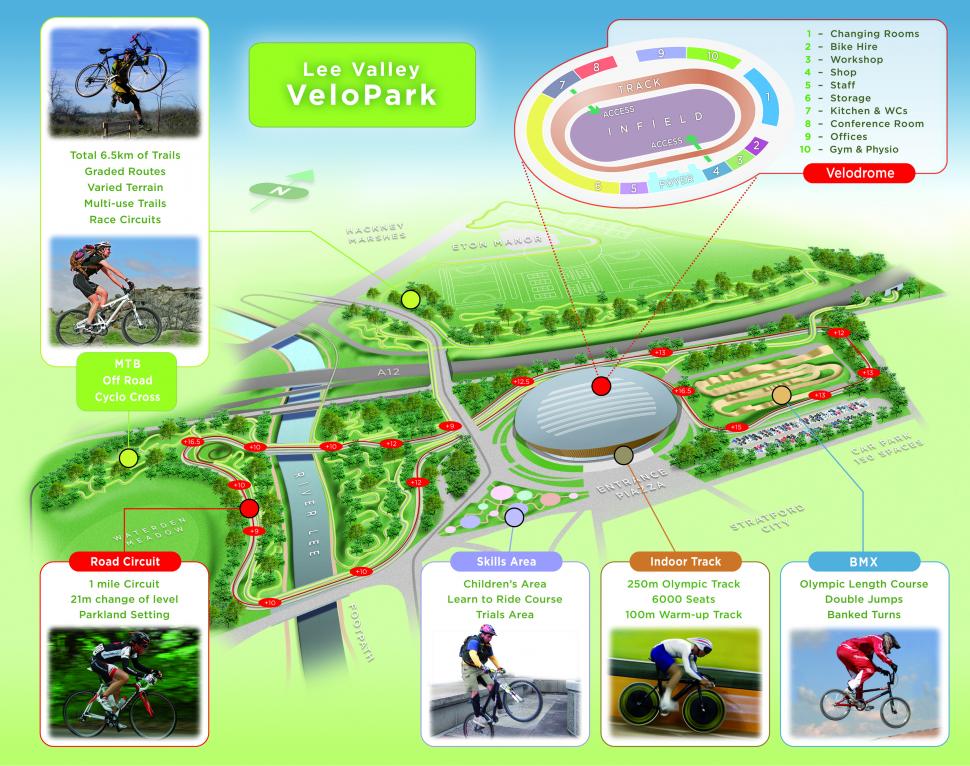 These are the facilities cyclists in London will be able to take advantage of after the Olympic games in 2012.

The Velodrome and VeloPark will include 6.5km of multi-use trails, a BMX track and learn-to-ride track for children – a definite improvement for the area formerly occupied by the West Ham tip.

Venues were shifted a few metres to the west to enable easier conversion after the Games but this led to earth contamination and costs soared by £25million to £105million, according to the Evening Standard.

The Olympic Delivery Authority (ODA) told road.cc poorer ground conditions than expected will mean a more complex network of foundations sunk deeper into the ground, to underpin the venue. Construction work begins on site next month with more than 900 piled foundations up to 26m deep due to be installed.

The state-of-the-art track is the work of international track designer Ron Webb, and will be fully accessible thanks to two ramps beneath the track area, accessing the infield, and higher trackside seating to allow wheelchair users good viewing points.

An ODA spokesperson said: “The Velodrome is a striking piece of architecture and a complex structure that is being built on ground conditions that are among the most challenging in the Olympic Park site.

“Detailed design work has been carried out to meet these challenges and to ensure we can also deliver wider cycling facilities on the site in legacy.

“With the designs now in place and construction work due to begin on site next month, we are on track to deliver a world-class cycling legacy for London.”