All the cycling news from this site and beyond…
4 For motorcyclists actually – but the principles apply in exactly the same way for cyclists. 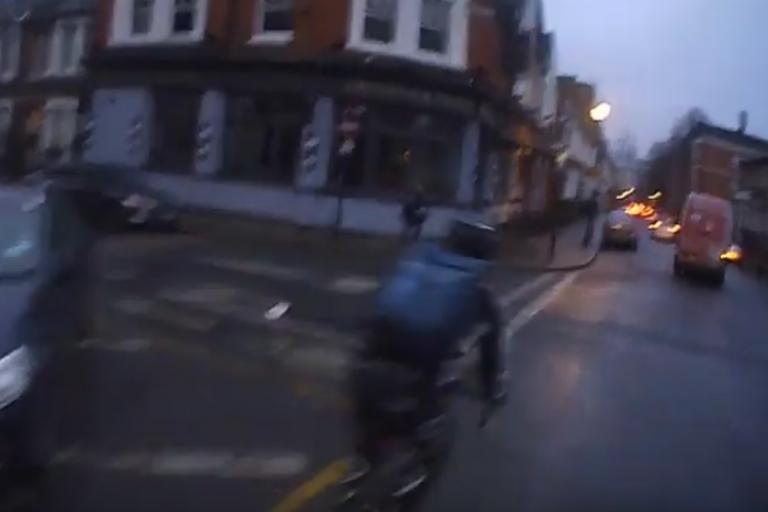 Near Miss of the Day 235: A cyclist undertakes at speed

Bloody lions should be in single file... think they own the road!

Team CCC are having a pre-Tour Down Under warmup on Zwift and you're cordially invited to rant around with them. You'll have to be up with the lark though, it's at 0530 on Saturday morning. We don't reckon we'll be of a mood to hit the turbo then...

You can access the @CCCProTeam kit and @Giant_Bicycles TCR Advanced SL race bike during the event https://t.co/rlpTh32qex

See you on the road! pic.twitter.com/5DNzLYbiJm 400 bike bottles stolen from Velobici factory and put on eBay

Vélobici has urged cyclists to be wary of purchasing its branded biodegradable bidons from unofficial sources after thieves broke into a shipping container and stole ten boxes of them.

Approximately 400 bottles were stolen with a combined retail value of around £6,000, plus assorted machinery and tools.

The thieves used an angle grinder to cut through a lock securing the container, located outside the brand’s Leicester factory, overnight between Sunday January 6 and Monday January 7.

Shortly after the raid, the bottles were listed on eBay at £5 for the 500ml version and £7.50 for the 750ml version – a fraction of the RRP of the products.

The bottles are the new biodegradable model. Some feature Vélobici’s Modernist logo with a striking mod target and the larger bottle is clear, with the VB branding surrounded by a green leaf motif. All bottles feature a drip-proof Tacx spout.

“It could obviously have been a lot worse,” said Chris Puttnam, Vélobici founder and managing director. “But it’s still infuriating to know that someone is so brazenly selling them on eBay after they were stolen.”

Police have been informed of the theft. Indoor training gets easier with @tacxperience Magnum, and @gozwift. Thanks to Klas at @probikefit for a good bikefit, and visit I'm looking forward to the season ahead.

It looks like Edvald Boasson-Hagen's monster Zwift ride was made all the more mentally tortuous by completing it on a Tacx Magnum cycling treadmill - if you've ever had a go on one they're not the easiest to find your balance on, let alone five hours in.

Perhaps even more surprising is my wife saw cars still doing this at 9:15am in broad daylight, sadly she doesn't have a video camera on her bike. See what's happening tonight....

Perhaps even more surprising is my wife saw cars still doing this at 9:15am in broad daylight, sadly she doesn't have a video camera on her bike. See what's happening tonight.... Cyclist reports that the Dimension Data rider did a 212km indoor rider. Ofo pulls out of London

Dockless bike-share firm Ofo is currently suffering “cash flow problems” with millions of people currently waiting to get their deposits back.

The Guardian reports that the firm’s now pulling out of London. It’s dissolved its international division, which includes the UK operation, and offered its 50 remaining employees the option to leave by Thursday or take a 50 per cent pay cut and transfer to the Chinese business.

More on this later.