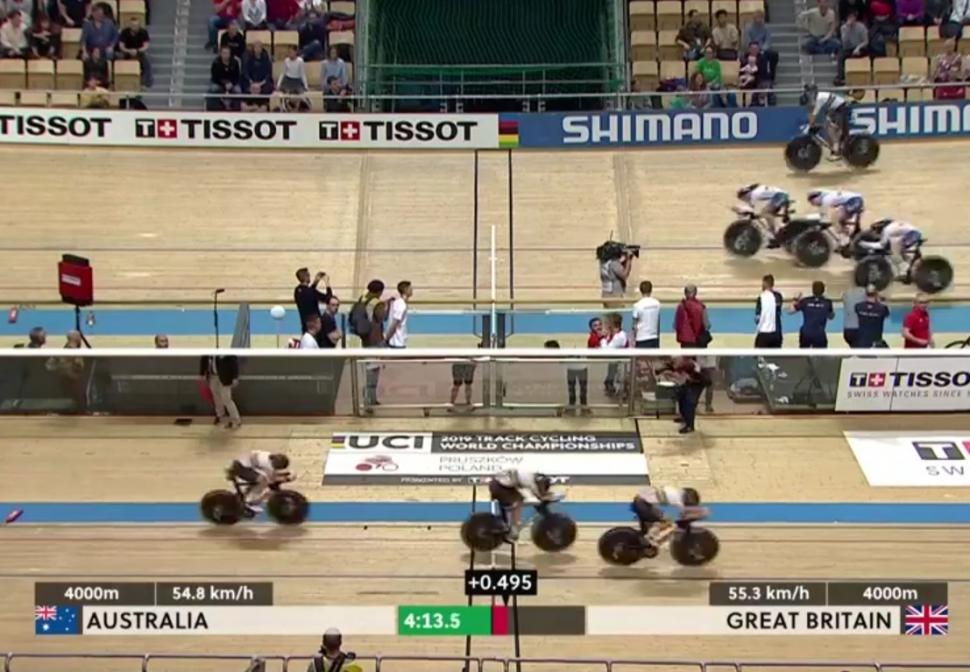 There were silver medals for Great Britain's men's and women's pursuit teams at the 2019 UCI Track Cycling World Championships in Pruszkow, Poland, after both lost their respective finals to Australia.

In the men’s event Australia finished in 3:48.012 to break their own world record.

Ed Clancy, Kian Emadi, Ethan Hayter and Charlie Tanfield did however record Britain's fastest time since the Rio Olympics of 3:50.8.

Hayter said: “We were a little bit messy to be honest. We could tidy up and be quicker. We’re not going to walk away from here and be disappointed with 3:50.8. We’ve got more to come, and just disappointed not to win a world title.”

Clancy added: “The Australians are good. They’ve been good for a long time. They were favourites coming in here. That said we rode really well yesterday – I guess tonight we saw what they’re capable of and we’ve got to face up to that.

“We always seem to perform our best performances at the Olympics and I’ve not got a reason to think that’s not going to be the case this time as well.”

Elinor Barker – who took gold in the scratch race earlier in the week – Katie Archibald, Ellie Dickinson and Laura Kenny won their semi-final against New Zealand at the start of the evening, but narrowly lost the final by 0.204 seconds despite Australia’s pursuit line breaking apart near the finish.

Speaking to the BBC, Kenny said: "I feel I've let the girls down, I haven't had the best legs the last couple of days and I feel a lot of responsibility for the times we've been doing.

"I didn't pull nearly the turn lengths I was doing at home so I'm disappointed for that. It's just disappointing on the day."