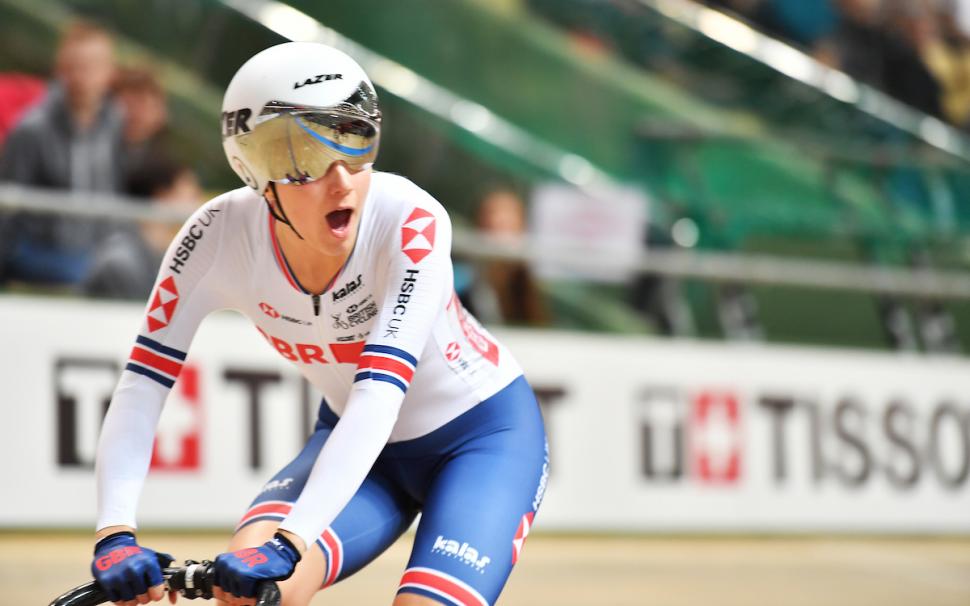 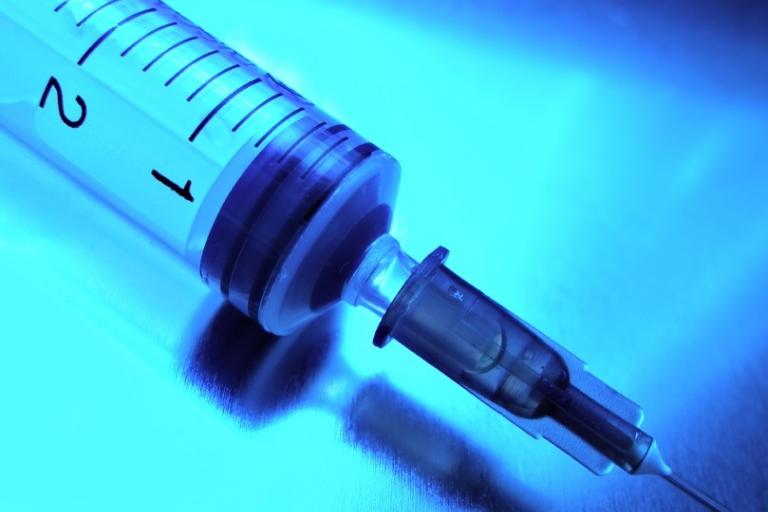 The UCI has said it is investigating a doping scandal in Austria that over the weekend has seen two professional cyclists admit using performance enhancing drugs.

Today, he was joined by Groupama-FDJ rider Georg Preidler, who said he could not "live with this secret any longer.”

Their reported confessions follow a raid by police in Austria – where doping is a criminal offence, falling under the heading of sporting fraud – on athletes competing at last week’s Nordic Ski World Championships in Seefeld, where five athletes were arrested.

The investigation revolves around German sports doctor Mark Schmidt – formerly team doctor with the Gerolsteiner cycling team, which was wound up a decade ago following doping scandals involving Bernhard Kohl and Stefan Schumacher.

In a statement, the UCI said that it is

Aware of the revelations of an investigation carried out by Austrian authorities and the World Anti-Doping Agency (WADA) within the sport of cross-country skiing.

As it was not implicated in this investigation, which was not aimed at cycling, the UCI does not have any first-hand information concerning confessions made by cyclists. The UCI has asked the Cycling Anti-Doping Foundation (CADF), the independent body mandated by the UCI to define and lead the anti-doping testing strategy and investigations in our sport, to request the co-operation of the Austrian authorities and WADA to ensure all information directly or indirectly concerning cycling is handed over without delay. The UCI will also ask the CADF to offer any assistance that could help the investigation.

The UCI will follow the investigation closely and take all measures possible as soon as it is in possession of the elements requested.

Great Britain Cycling Team performance director Stephen Park insists “It is too early to be writing Britain off yet," despite a disappointing performance at the UCI Track Cycling World Championships in Pruszkow, Poland, last week.

Elinor Barker’s victory in the points race on the opening day was the sole gold medal, while silvers were added in the men’s and women’s team pursuits and Ethan Hayter won bronze in the men’s omnium.

The country’s hopes of success in the women’s Madison – a first-time Olympic event at Tokyo – were dealt a blow when the number one pairing of Laura Trott and Katie Archibald were both forced to cut short their championships through, respectively, illness and concussion.

Team GB has dominated the track cycling events at the past three Olympic Games and Park told BBC Sport: "Medallists who went to Rio were just emerging as riders at this stage."

The Netherlands and Australia each took six gold medals in Poland, with Great Britain sixth in the medal table.

But, a year and a half out from the Olympics, it’s a situation the country has found itself in before.

UK Sport funding across Olympic disciplines is based on the performances at the Games themselves – and Team GB upping its game on sport’s biggest stage after seemingly underperforming at the previous year’s Worlds happened ahead of both London 2012 and Rio 2016.

"We've still got 17 months so plenty of runway yet - we're not at desperation stakes or anything," Park said.

"We are certainly clear that there are some gaps to be made up not just in sprinting but in the endurance events as well.

"If we look four years ago, we finished 10th on the medal table. It is too early to be writing Britain off yet."

The opening weekend of the Cobbled Classics season presents the riders with a bit of a shock to the system. Gone are the *relatively* easy and orderly early season stage races and in come the organised chaos of Flemish racing.

Omloop Het Neiuwsblad was the easier of the two races this weekend with the men's race ambling along at a pace gentle enough that the women's race, which at that point was kicking off, caught up to the men's race and caused a bit of a farce. The Women's race was delayed for some time to allow the men to get out of the way. We've got a poll on what should have been done, so have your say there.

The women's race saw some huge attacks and thanks to Christina Siggaard, we have some very interesting data from her top 10 finish. The Team Virtu rider averaged 204w for 3hrs38mins covering the 127kms at an average speed of 35.1km/h. She burned through just under 3,000kcal, showing just how intense the racing is.

The men's event had a much slower start with riders looking to save their energy for the demanding finale. Luke Durbridge spent much of his day looking after Mitchelton Scott's leaders and his data shows the sporadic nature of the efforts required. So much of his day was spent coasting or casually spinning at under 200w (an easy pace for the big Australian). But this is contrasted by countless spikes above 1000w that he had to generate into and through the main cobbled sectors and bergs. His average power of 276w is pretty misleading, with the weighted average of 332w giving a better picture of how tough his day was. The final 70km saw Durbrige churning out an average of 341w with several big spikes over 1,000w. All of this was good enough to help his teammate Matteo Trentin to 9th place. The 200km race was still covered at over 40km/h.

Kuurne-Brussels-Kuurne was much harder from the start and Oliver Naesen's ride shows his 304w average power comparing pretty closely with the 336w weighted average. The race lasted just under 4 hours, in which time Naesen burned a whopping 5,573kcal! The final 47km of the race saw Naesen pushing an average of 336w for 1hr5mins, a brutal effort at 43.7km/h that still couldn't bring back a flying Bob Jungles.

The numbers behind @owaindoull's ride to second at #KBK19. Get an idea of how tough Owain worked via @whatstodaysplan pic.twitter.com/M2s8quI0uY

I feel tired just talking about these stats. Time for a recovery nap!

04 March 2019, 11:07
NuBike, a bike with a chainless drive system, is crowdfunding on Kickstarter

It's not the first and won't be the last bike to operate without a chain (see our video on CeramicSpeed's Driven concept) but this new take on the humble bicycle is certainly eye-catching. NuBike "almost pedals itself", say the creators, with longer pedal cranks to deliver more power to the rear wheel. "Gravity and near vertical pedaling, combined with the rider’s weight, produces continuous force throughout the entire stroke", say NuBike. This is combined with a carbon frame that has a beam moulded inside to strengthen it - this only adds 1.3kg to the frame. Check out the Kickstarter here, where you can pre-order a bike for $ 3,600, shipping to anywhere in the world.

Scroll down for the story and let us know what you think should be done to remedy the farcical scenes from Saturday's Omloop Het Nieuwsblad race.

04 March 2019, 08:25
Too fast for the men - controversy as Omloop Het Nieuwsblad breakaway leader Nicole Hanselmann forced to stop as she catches men's race

The race has been neutralised and come to a stop after 35km of racing, with @NicoleHanselmaa out in front. pic.twitter.com/YVgQN2K0uo

There's been much criticism of the organisation of Saturday's Omloop Het Nieuwsblad race in Belgium, after women's race leader Nicole Hanselmann caught the men's race ahead with just 35km gone. There was just a 10 minute gap between the two starts which was questionable in the first place, but even worse was that the organisers decided Hanselmann and the peloton behind her had to stop, neutralising the women's race so the men could get a gap again.

Let the women go and let the men get out of the way and they can see what racing is about. They may learn something

The way the issue was dealt with will be frustrating for those hoping cycling was turning a corner with regards to gender equality, and as the Twitter commenter above states, it may have made more sense for the men's race to stop for the women's which was moving faster at the time. It's also very questionable why there was just a 10 minute gap between the two races in the first place, which budgets in no time whatsover for mechanical issues or crashes. What should be done to avoid a repeat situation? Take part in our poll above and/or leave a comment to let us know your thoughts.

Actually can’t believe it, growing up I’ve always wanted to be in the sharp end of these races, but to do it today feels surreal. Thanks for all the kind messages can’t reply to everyone but it means a lot x pic.twitter.com/all0RScoN9

The 25-year-old Welshman put in a gutsy performance to finish second behind Bob Jungels, out-sprinting third place finisher Niki Terpstra to the line. With Sky not exactly flourishing in one-day races and classics since they started their World Tour domination, could Doull be the man to get them those titles? Based off this performance there's much more to come.

We hate to point it out to this well-meaning gent, but it's probably always best to check your spelling and grammar if you're committing the words to your skin permanently!

04 March 2019, 07:51
This weekend we were talking about... UCI orders E3 Harelbeke to withdraw controversial advert

The UCI says it will initiate legal proceedings if the organisers of the E3 BinckBank Classic fail to withdraw an ad which shows two women in bodypaint, entwined to form a frog. “Who shall crown himself prince in Harelbeke?” reads the accompanying text. Two days later and the tweet still exists, as you'll see above. Our full story is here. 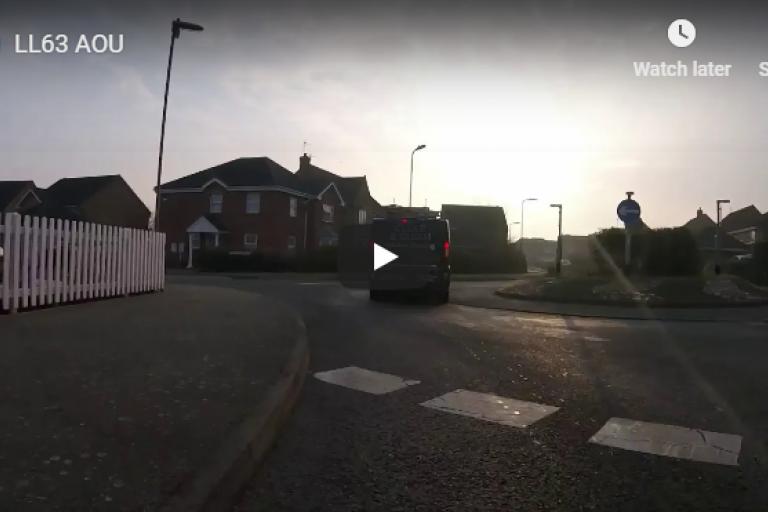 This weekend we were talking about... Near Miss of the Day 262

Our Saturday near miss was reported to police, with cyclist Dave saying the complaint was rejected because he was, in their opinion, riding to close to the central white line. Full story and video here. 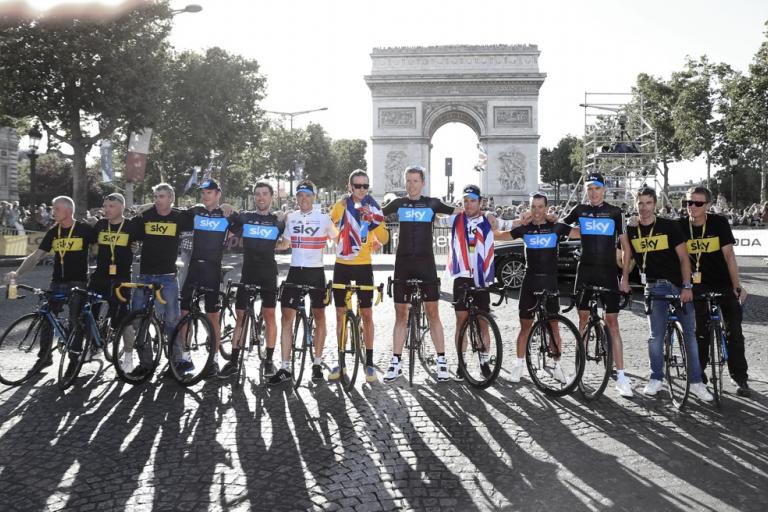 This weekend we were talking about... Britain's richest man could back Team Sky

It's been reported that Sir Dave Brailsford recently met with Britain's richest man, Sir James Ratcliffe, about the possibility of him providing financial backing to Team Sky. Read more here.