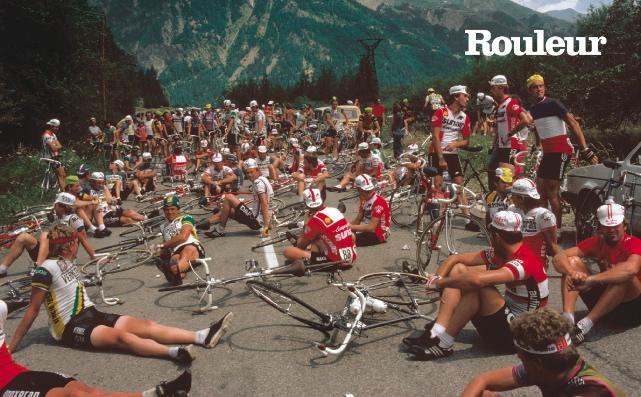 The crisis in French cycling, racing from the front and much, much more...
by Rebecca McIlhone

The crisis in French cycling is explored in pictures by Magnum photographer Harry Gruyaert in the next and twelfth issue of Rouleur, released at the end of February.

The 130-page issue also features a report from the Tour of Burkina Faso and the second part of Rouleur’s series on classic jerseys, as well as columns by William Fotheringham, Johnny Green and Paul Fournel (illustrated by Jo Burt).

Morale - It's been a while since a Frenchman last won the Tour and Graeme Fife considers the crise morale of French Cycling.

Wolfgang Lötzsch - the story of the East German cyclist who battled the state as well as Europe’s best riders.

The Breakaway - Matt Seaton considers the spoils of racing from the front.

Favourite Shirts – the second part of the feature that looks into the relevance of trade jerseys, their history and place in our memories.

You can buy Rouleur 12 on www.rouleur.cc from February 28th.