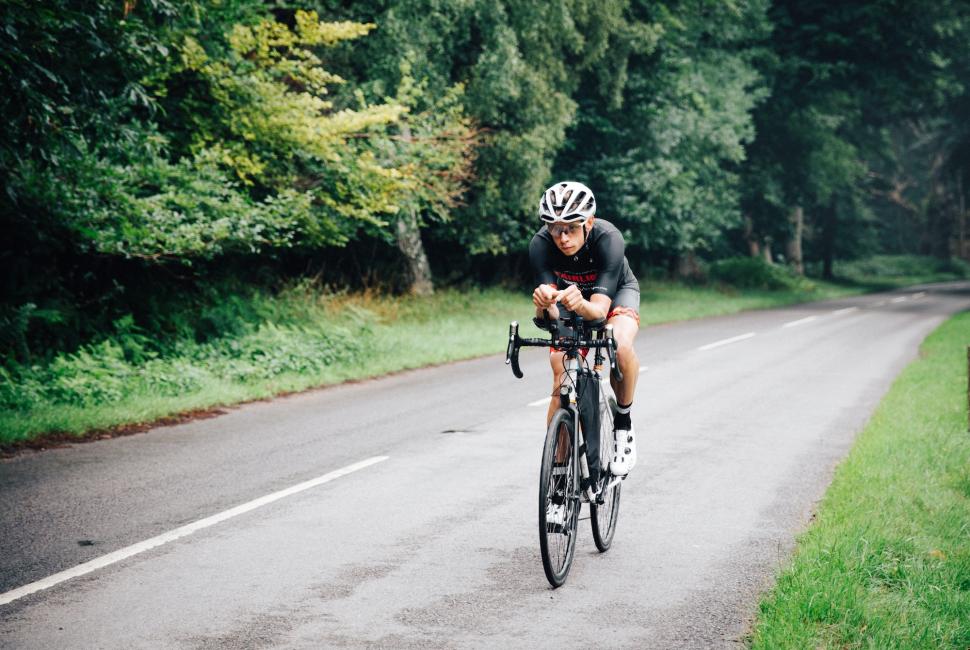 While out training for his first race of the season, two-time Transcontinental winner James Hayden posted a video on his social media showing two motorists passing him. One was a perfect example of how to pass a cyclist safely and one was not so perfect…

I am annoyed with drivers disregarding my life. A video showing both an unacceptable and a perfect pass; from training today. Please just have respect for human life. pic.twitter.com/OTqEirZD13

In the video, which has now been viewed over 80,000 times, James gives some simple advice for drivers: be patient, pass slowly and leave a wide gap.

If you want to see some more near misses then check out our Near Miss of the Day page, our weekly series featuring close passes from around the country.

Twitter users were divided over whether witnessing a bad pass by the car in front makes the next car more, or less cautious.

@1953FlyingScot thought that seeing bad driving caused other motorists to think more carefully: “I usually note that after a very close pass the next car gives you a massive gap, after a gulp no doubt.”

However, @TheSarkster thought it did the opposite: “I’ve found the reverse to be true. When someone close passes you or gives you a load of verbal it gives permission for the driver in the car behind to do the same. Witnessed that quite a few times.”

Meanwhile @nedlands1 wondered what was behind poor driving and lack of care for cyclists: “Is it impatience, malice or ignorance? Fortunately they are in the minority. I was hit from behind and will affect me for life. No fine or court unlike if the driver had hit another car from behind. Education is needed.”

What do you think? Does bad driving lead to more bad driving? And is it just education that is needed or should there be harsher penalties? Let us know in the comments below…

James also announced yesterday that his first race of 2019 will be the Italy Divide– a 1150km solo, unsupported ride across rolling, white gravel roads punctuated by technical mountain bike trails.

In his blog, James, a civil engineering student, said that he was going into the race with modest expectations as racing fully off-road would be a new experience for him.

“The route for the Italy Divide is incredible, taking in 85% off road, only deviating onto tarmac infrequently.

“Meandering around the Tuscan Strade Bianche, the race promises to be tough on the body and mind, with unrelenting short sharp climbs and bumpy roads. At 1150km long it’s going to be a sprint!”

While it might be slightly more than a sprint, it is certainly a long way off the disturbingly long Transcontinental race that James won in 2017 and 2018. In the latest edition he rode 3,405km from Belgium to Greece in just 8 days 22 hours 59 mins (our own Jo Burt can vouch for its toughness).

At the Transcontinental race, riders can choose their own routes across Europe, but they must pass through four designated checkpoints and must be entirely self-supported.

James first tried the Transcontinental in 2015 but was forced to withdraw after six days in the saddle when his neck muscles gave out and he could no longer hold up his head. He finished fourth in 2016 and won by 16 hours in 2017. In 2018 he won the race by almost 200 miles – his nearest rival was only just approaching Albania when he finished.

The Italy Divide begins in Naples and winds its way up the spine of Italy passing Rome, Siena, Florence, Bologna, Mantova, Verona. The parkours is filled with short, sharp climbs among the vineyards and valleys of Northern Italy before finishing in the foothills of the Alps beside the deep blue depths of Lake Garda.

At the race James will be riding a new Fairlight Secan and will be looking forward to testing the bike off road over a prolonged distance: “I am motivated by a new challenge outside of my comfort zone, going off tarmac, onto gravel and rock.

Stopped by @FairlightCycles to pick up another bike. A #secan for off road adventures, with clerance for 700x43c tyres! Where am I going!? pic.twitter.com/KZmJwaMJXr

“I’ve experienced similar surfaces in short form in The Transcontinental Race No.3 and No.6, but this will be another level.”

Last year the race was won by fellow Brit, and former Transcontinental winner Josh Ibbett on a Mason Bokeh.

This year’s race begins on the 24th April at 2pm in Naples and finishes in Garda. You can follow the riders progress on the Track Leaders website.