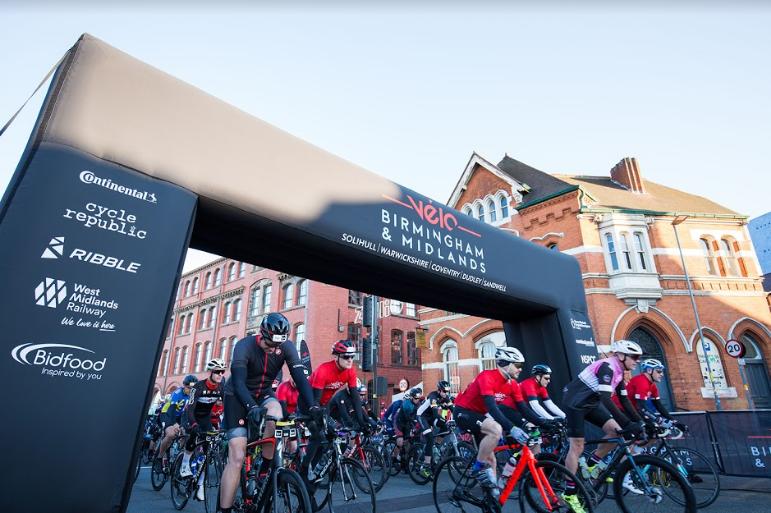 Vélo Birmingham & Midlands back for third edition next year

Vélo Birmingham & Midlands will return for its third edition next year and moves to a summer slot, with the closed road sportive taking place on Sunday 28 June.

Organisers say that up to 18,000 people will take part in the event, with route options available of 42 or 100 miles on fully closed roads.

The event was originally launched in 2017 as Vélo Birmingham but a planned second edition for last year was postponed and eventually held under the new name last month.

However, the event was overshadowed by the death of one participant who crashed on what police described as a steep downhill section with tight bends.

Elsewhere on the course a number of cyclists were injured, some seriously, on what was described as a “deathtrap” descent of Parsons Hill in Kings Norton, with organsisers criticised for the absence of marshals and not neutralising the section of thee route.

Commenting on next year’s event, Richard Relton, CEO of the Vélo Series, said: “We are delighted to have secured a brand new, summertime date for the third edition of Vélo Birmingham & Midlands.

“The 2019 event was a huge success and we’re looking forward to returning in exactly one year’s time with an even bigger and more inclusive event.

“Vélo Birmingham & Midlands is now one of the Midlands’ biggest annual sporting events and we’re committed to growing and improving it year on year, not only for the participants but also for the region as a whole.”

“It’s a great event and an opportunity for the region to showcase the benefits of cycling. I hope it inspires some more people to take up a new challenge and get fitter, a goal I’m proud to be supporting in the area.”

You can pre-register for the event now at this link.