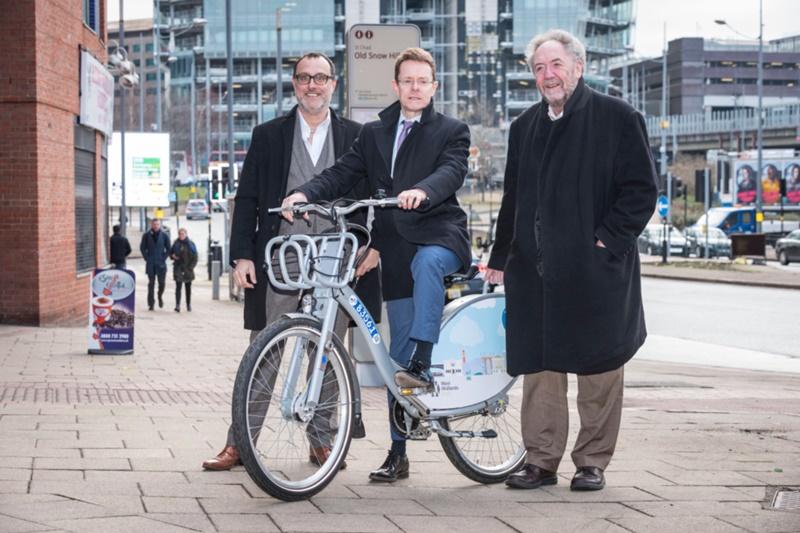 West Midlands seeking new bike-share supplier after only 25 out of 5,000 bikes were delivered

The West Midlands bike share scheme that was supposed to see 3,000 and 5,000 bikes made available across multiple cities and towns is looking for a new supplier after German firm Nextbike managed to deliver just 25. The firm has previously blamed technology issues and problems finding a sponsor for the scheme.

The scheme was originally due to launch in September 2018. However, in November it was announced that it would be delayed.

A pilot scheme was launched in Wolverhampton in February, but Birmingham Live reports that no further bikes were delivered.

The Express and Star reports that only around 1,100 individual rides have taken place, at an average of around seven per day.

A briefing note prepared by officials at Transport for the West Midlands stated: "Under the contract agreed last year, Nextbike committed to deliver 5,000 bikes across the West Midlands with the first batch arriving by September 2018, with the reminder rolling out in 2019.

"Despite numerous promises to get the scheme up and running to date it has only provided 25 bikes for a limited trial in Wolverhampton City Centre."

Nextbike is now said to be offering only a fraction of the 5,000 bikes agreed and West Midlands Combined Authority (WMCA) is thus terminating the contract.

Labour MP for Birmingham Hodge Hill, Liam Byrne, commented: "I don't know why our Tory mayor can't organise a cycling scheme in what was once the capital of Britain's cycling industry. But I know I speak for cyclists, old and new, when I say we'd like some answers."

"TfWM remains committed to providing a bike share scheme for the West Midlands and is considering alternative options."

Krysia Solheim, managing director of Nextbike UK, said: "Nextbike operates in more than 200 territories and is proud to be the most extensive bike share scheme in the world.

"Our track record is second to none and only yesterday we were praised in Parliament for the inclusivity and community-minded nature of our ground-breaking projects.

"We are understandably disappointed by WMCA's decision to terminate the contract and we have had extensive discussions with the team in Birmingham about how to make this work. While we have already outlined the reason behind some of the delays – none of which were in our powers to change – we remained truly committed to delivering a bike share scheme that the West Midlands would be proud of."

Speaking about the challenges the firm has faced last week, Solheim said: “We originally planned to have the scheme in full operation by the end of 2019.

“Finding one title corporate sponsor proved a bigger challenge than originally expected, so we decided to change our strategy to focus on regional and shared sponsorship.”

She also said the firm had, “experienced an unfortunate difficulty in our global supply chain concerning a key element of the smart technology we use in our bikes,” but said both issues had been resolved.