We've had a browse for some of the coolest bikes on display at this year's Cycle Show. There are certainly some crackers.....
by Jack Sexty

If you're heading to The Cycle Show at Birmingham's NEC tomorrow or over the weekend, lucky you! If not, or if you want a big old preview, then behold this gallery of the coolest bikes we spotted from our day wandering round the NEC.

Plenty of Italian greats were in attendance including Colnago, Pinarello and Cinelli, plus many British brands that we'll be rounding up separately in a further gallery and video coming at ya soon. Below we've picked out some of our faves from the show, but there's plenty more in the gallery above too... 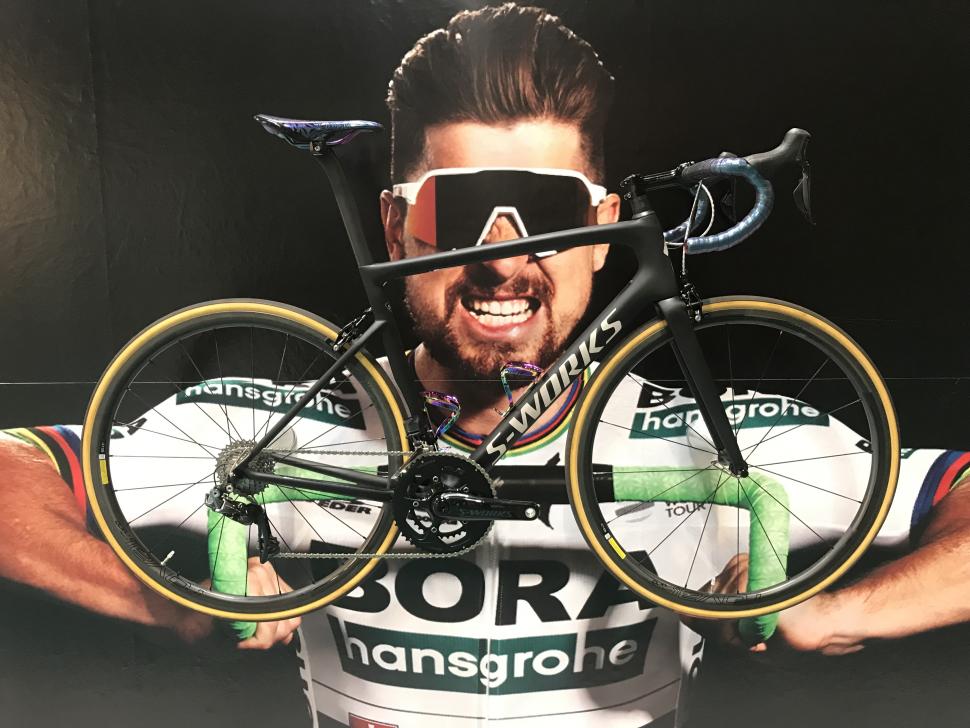 Appearing at the show to flaunt its various accessories from Supercaz (the iridescent bottle cages, bar tape and saddle), Peter Sagan's all-round race bike of choice is built up with an S-Works power crankset and Shimano Dura-Ace components elsewhere, and Specialized Roval wheels with tan wall Turbo Cotton tyres. 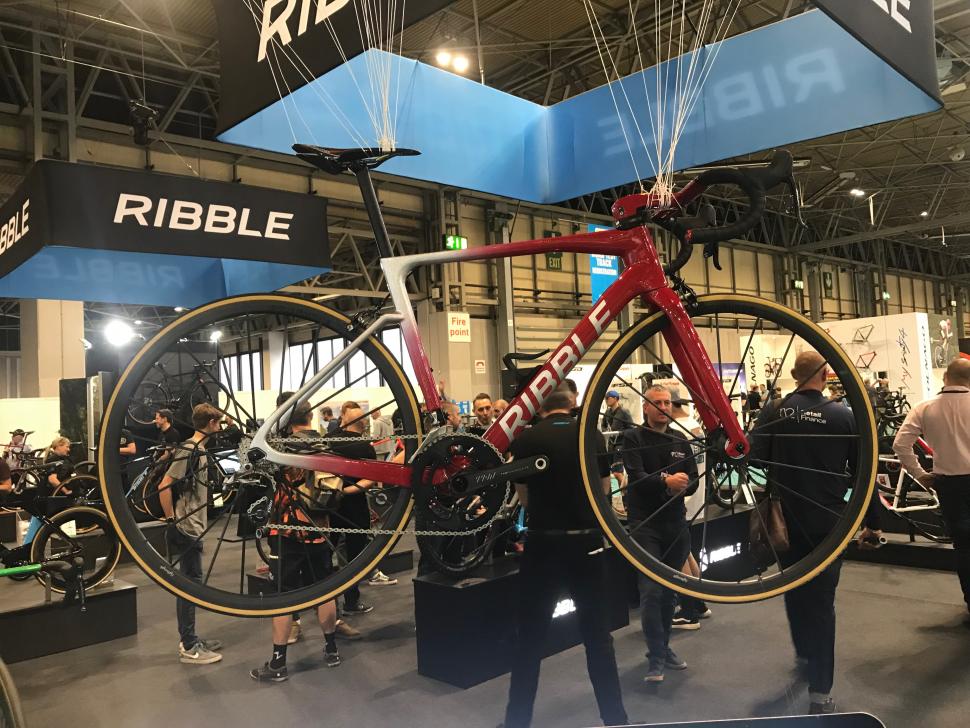 It may be becoming something of an annual Cycle Show tradition, because once again Ribble have brought along a super lightweight, special edition version of their Endurance SL bike and suspended it using balloons. A THM crankset and Lightweight wheels help to bring this bike down to around 5.5kg. 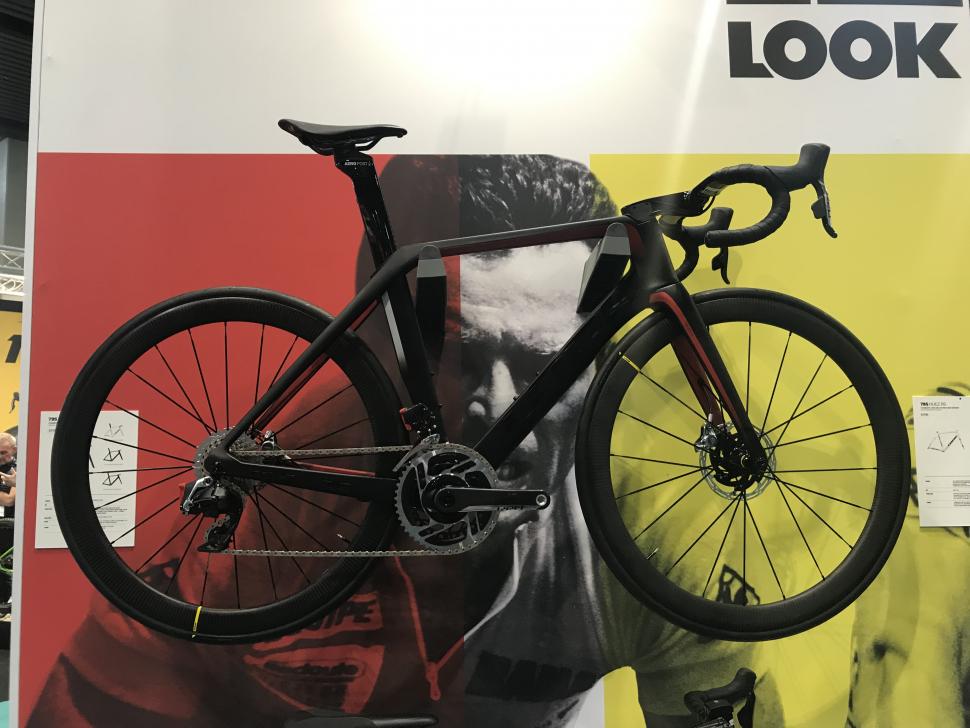 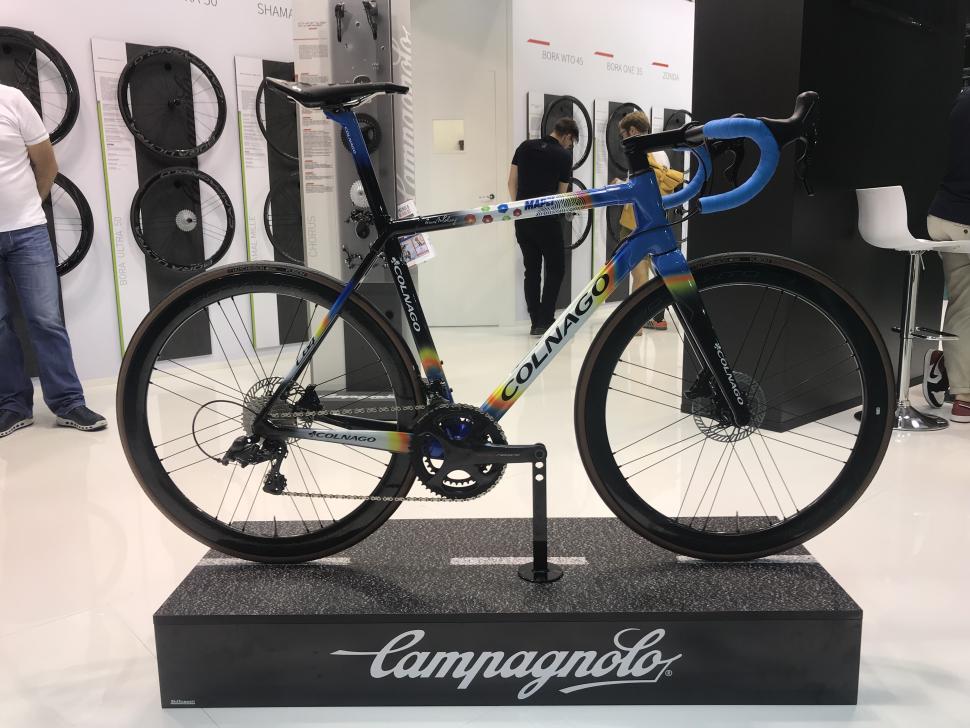 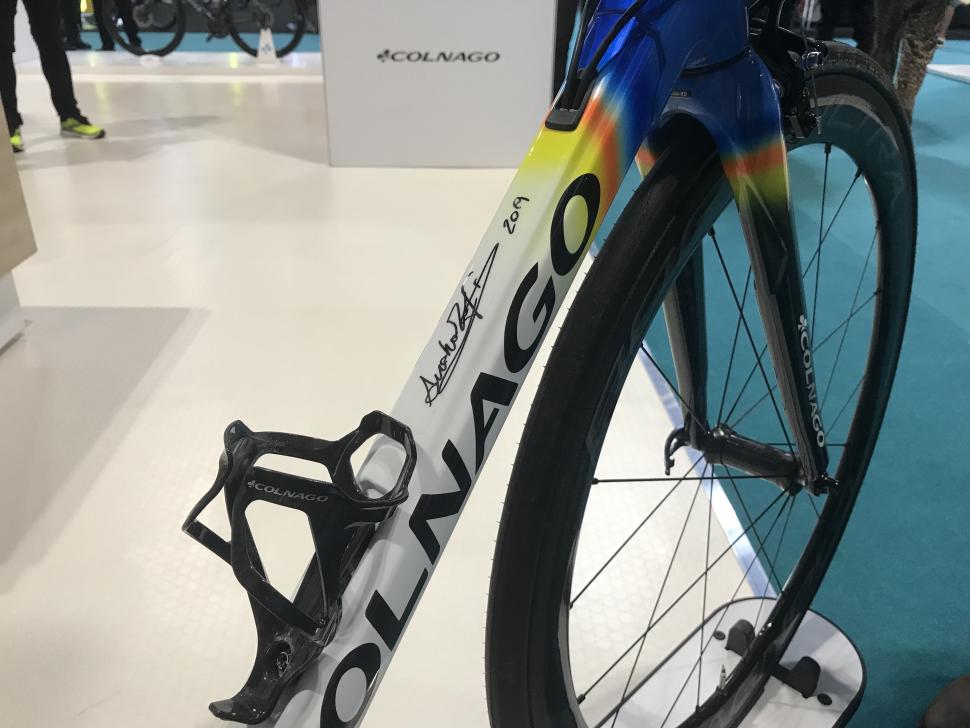 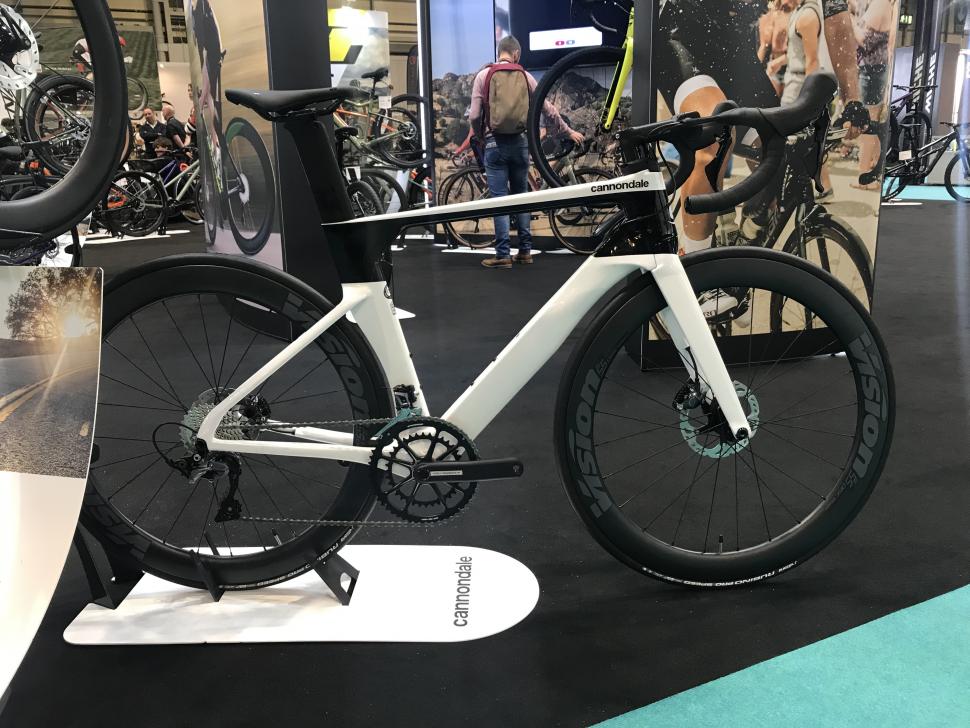 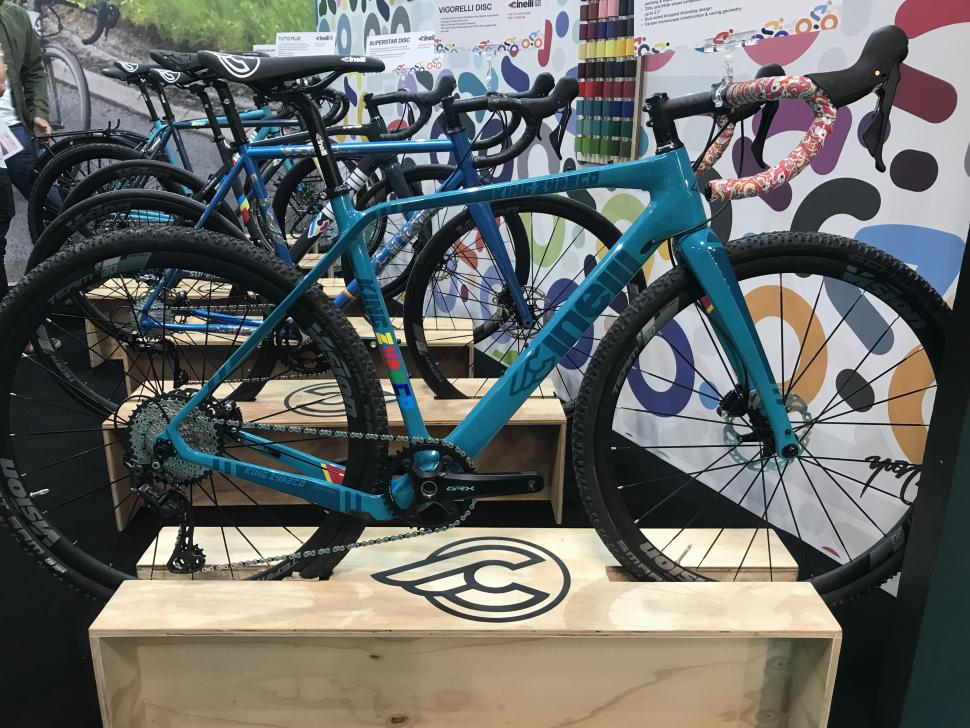 This gravel racer from the Italians stands out even more thanks to its funky bar tape. It's 700c or 650b compatible, with a carbon monocoque frame and dual sided dropped chainstays for some extra comfort. 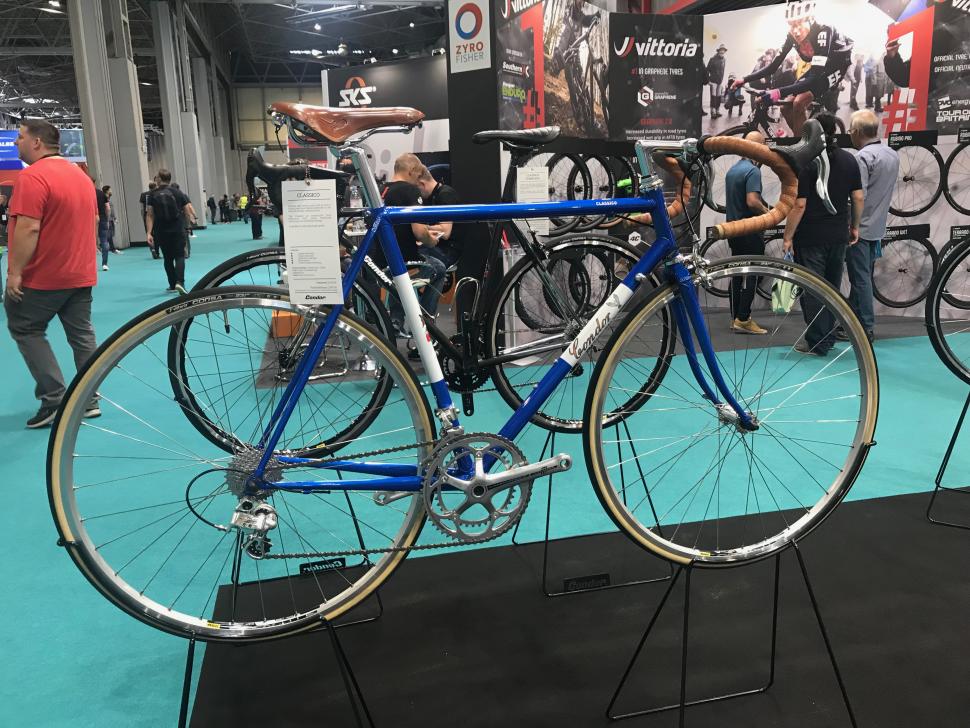 The Condor Classico packs loads of retro goodness on its Columbus triple-butted steel frameset, including a Campagnolo Athena groupset and a Brooks Swift saddle with matching tan-brown bar tape.

While it might not be as aesthetically pleasing as some of our other choices, what did stand out for us on Pinarello's flagship TT and triathlon bike was the price... 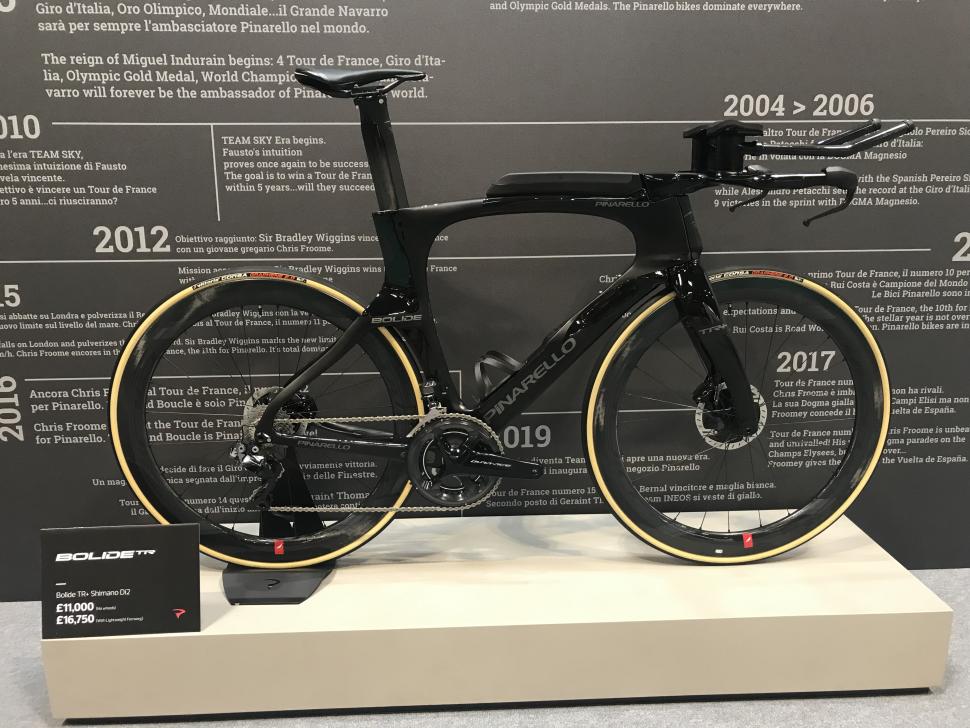 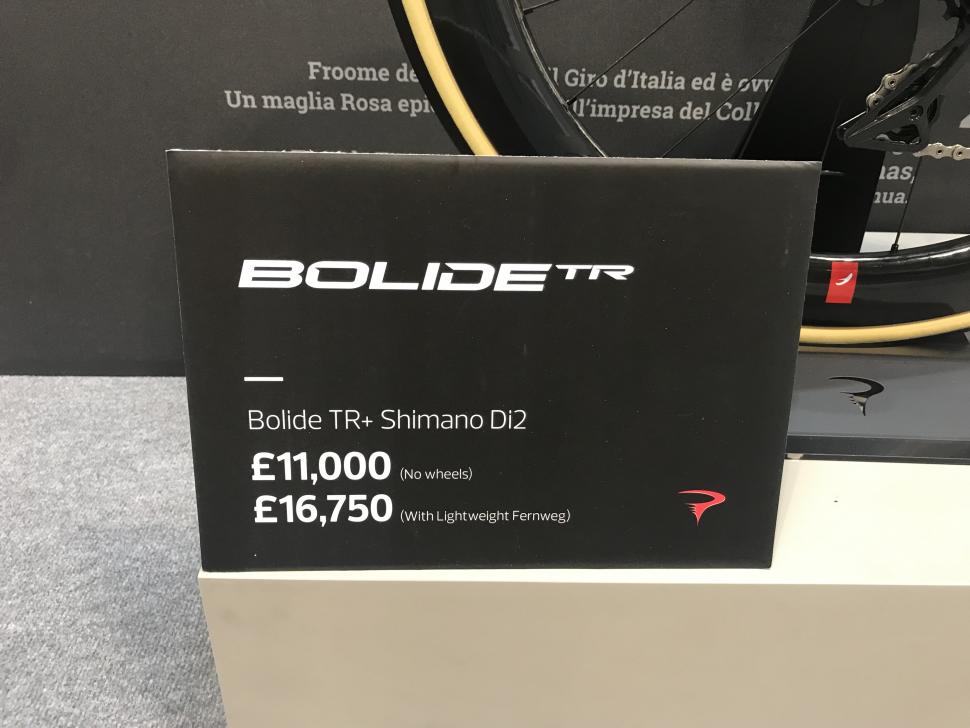 If you want it set up with Lightweight Fernweg rims, that's going to set you back £16,750! Or you could go for the bargain version for just £11,000, although you won't go very far because that's the price without wheels...

Still not got your Cycle Show tickets? Click here to get yours and quote the code RDCC to save 10% off your ticket price.