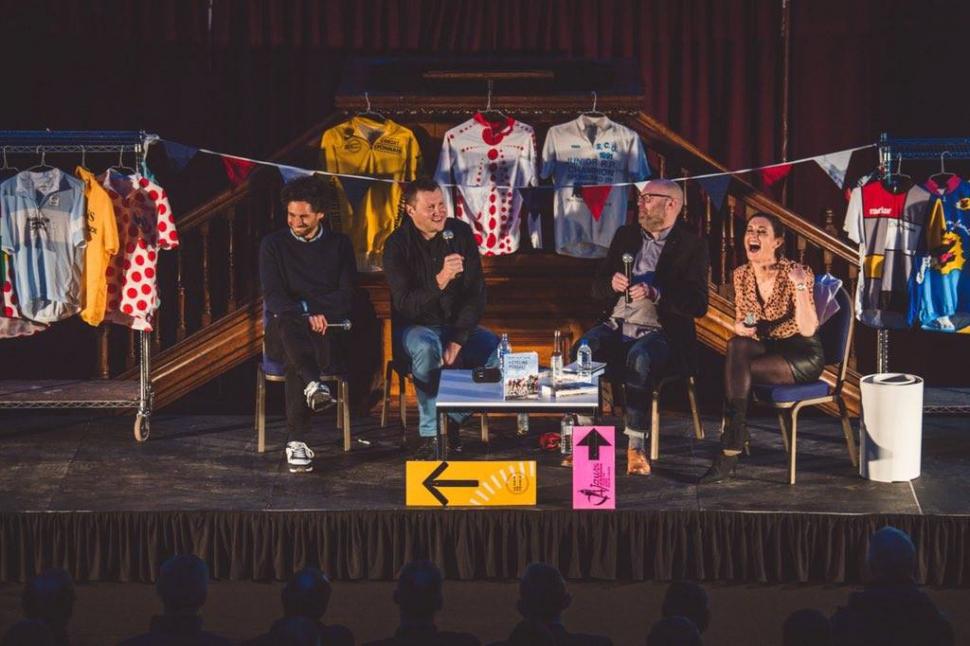 The team behind The Cycling Podcast will be publishing their second book next month and will also be touring the UK and the Republic of Ireland with an 11-date stage show.

The tour starts in Bristol on 11 November, the same day that the book is published, with both sharing stories from the three Grand Tours and the Women’s Tour over the past couple of years.

The book, entitled The Grand Tour Diaries, is the follow-up to The Cycling Podcast’s previous book, A Journey Through The Cycling Year, reviewed last year on road.cc

Besides the racing, journalists and podcast presenters Lionel Birnie, Orla Chennaoui, Daniel Friebe, Richard Moore and François Thomazeau share their experiences of travelling across entire countries and the places, people and food they encounter there.

Stories include “the mythical ‘Zoncolan of the south’, a gun-toting Bruce Willis lookalike in the Italian Alps, the origins of Il Sanguinaccio Volante – the Flying black pudding – and run-ins with the Pronunciation Police as well as, in a tax-dodging Umbrian agriturismo, the actual police.”

The Cycling Podcast itself continues to go from strength to strength, with the first nine months of the year seeing nearly 170 episodes and 10 million downloads.

Besides the journalists and presenters involved in the podcast, special guests will also feature during the tour, with dates and venues as follows:

Tickets for the shows can be bought from The Cycling Podcast website, where advance copies of The Grand Tour Diaries can also be purchased costing £15.

The book will also be sold at the tour venues at a discounted price of £12.