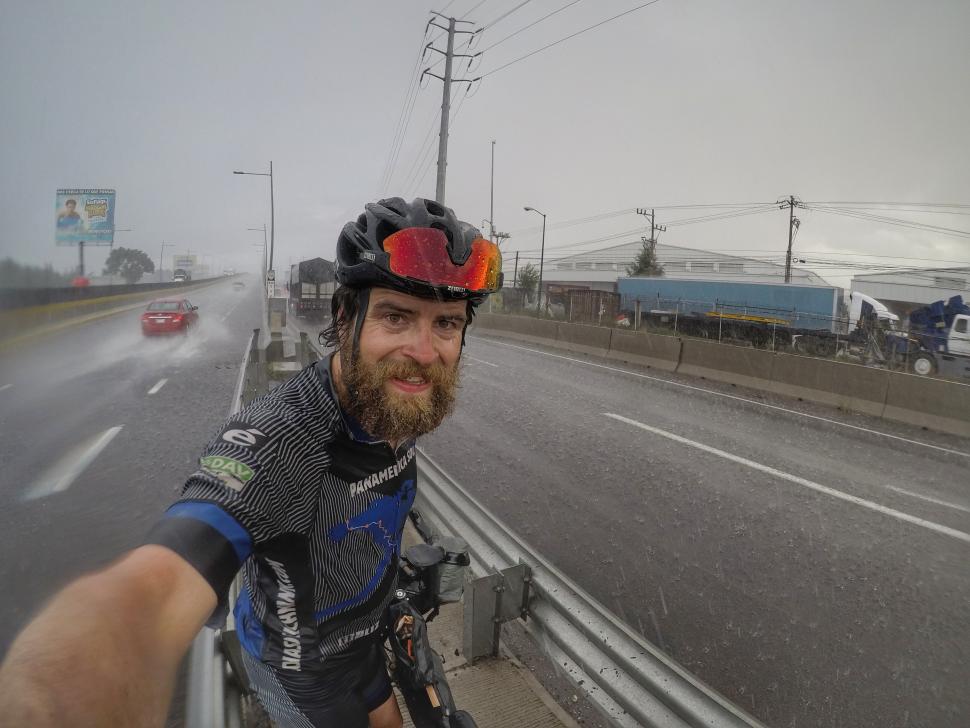 Jonas Deichmann is less than 1,000km from Cape Town 70 days into unsupported ride from Norway's North Cape...
by Simon_MacMichael

A German ultracyclist is on target to set a new world record for the fastest journey by bike from the northernmost point in Europe to the southern tip of Africa.

Jonas Deichmann, aged 31, is now within 1,000 kilometres of Cape Town, 70 days and more than 17,000 kilometres after setting off from North Cape in Norway.

As he rides through South Africa – the 15th and final country on the itinerary – he is on course to shatter the existing record of 102 days, set in 2013 by Reza Pakravan and Steven Pawley.

Like them, Deichmann originally planned to undertake the 18,000-kilometre journey as one half of a pair, setting off from Norway with 51-year-old ultracyclist and photographer Philipp Hympendahl.

The latter was forced to abandon in Egypt due to food poisoning, however, leaving Deichmann – who has been stricken by the same illness more than once on his trip – to ride on alone.

It won’t be the first ultracycling world record that the German has set.

In 2017, he set off from Cabo da Roca in Portugal and 64 days later arrived in Vladivostock on Russia’s Pacific coast. It was the fastest crossing of Eurasia by bike, and on the way he also set a new record for the fastest trip across Europe.

Last year Deichmann also set a new world record for riding the length of the Americas, completing the 23,000-kilometre Panamerican Highway route from Alaska to Argentina in 98 days and beating the existing record by almost a month.

His current record attempt as seen him ride an average of around 240 kilometres a day, spending 10 to 11 hours riding daily.

Despite that punishing schedule, he also finds time to provide regular updates about his trip on social media – with the Facebook post below, from last Thursday highlighting the impressive list of kit he is using.