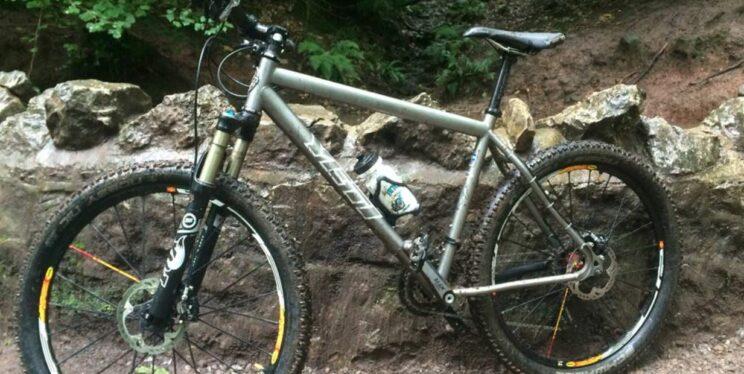 Police in Bristol have issued an appeal for information as they try and track down a pair of motorcycle muggers who stole a £5,500 bike from a cyclist at knifepoint.

Avon & Somerset Police say that the Yeti Titanium Arc bike is one of only 20 thought to be in the UK and one of only 500 produced worldwide.

The robbers, neither wearing crash helmets, rode past the cyclist on a blue and yellow four stroke motocross bike, then, as he cycled under the under the Clifton Suspension Bridge, the passenger jumped out and hit him on the head, making him fall off his bike.

He then produced a knife and demanded the victim’s phone and wallet, and when the cyclist said he did not have them, he searched his pockets then made off with the bike, alongside the motorcycle rider.

Police said that both men were white, describing one as “in his late teens, early 20s, of slim build and about 5ft 10ins with distinctive bushy eye brows, wearing a grey tracksuit bottom and top, black Nike style shoes and black leather golf-style gloves (vented on the back).”

The other, said to be slightly older, was described as “being about 6ft tall of heavy build. He was wearing a blue Adidas jacket with the hood up and grey tracksuit bottoms.”

Meanwhile, the motorcycle was described as “having a yellow front fender, gold forks, and yellow and blue tank with black tape and a white rear mudguard.”

Officers, who can be contacted on 101 quoting the reference number 5220015415 said: “We’re keen to hear from anyone who may be offered the bike or spots it or recognises the suspects or the motorbike they were riding from the above description.”