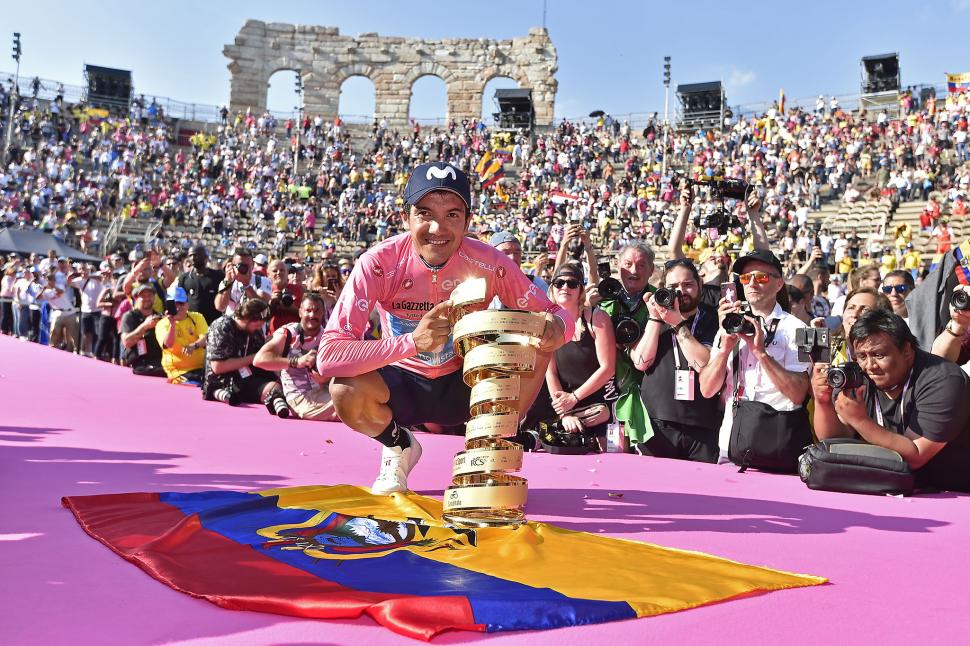 The UCI says it is working with race organisers and public health bodies in Italy to assess what measures may need to be taken to help contain the spread of coronavirus, including cancellation of races of necessary – with the governing body unable to guarantee whether May’s Giro d’Italia will go ahead as planned.

The governing body’s announcement follows existing concerns that races including Milan-San Remo, due to take place on 21 March, may have to be cancelled, with parts of Northern Italy currently in lockdown due to the outbreak of the virus.

Italy has the largest outbreak of coronavirus outside Asia, with 528 people diagnosed with the virus, which has claimed 14 lives to date. The vast majority of those cases are in Lombardy, but others have been reported now elsewhere in the peninsula, including Tuscany.

The rising number of cases diagnosed is now prompting concerns over the Giro d’Italia, which starts in the Hungarian capital Budapest on 9 May and finish in Milan – effectively a ghost town this past week with schools and universities, as well as many businesses shut and locals staying at home – on 31 May.

Coronavirus, also known as COVID-19, originated in China and has already led to the cancellation of races there, such as the men’s UCI ProSeries race the Tour of Hainan, due to have taken place this week, and the Women’s WorldTour race, the Tour of Chongming Island, in May.

In a statement yesterday, the UCI said: “The current state of the epidemic naturally has consequences on the organisation of sporting and cultural events in different regions of the world, such as that of events on the UCI International Calendar, for example in Italy.

“It is not currently possible to predict in the medium term whether competitions in this country will be maintained or cancelled, given the rapidity with which new outbreaks are declared, like yesterday in Tuscany, Sicily and Liguria.

“In the short term on the other hand, decisions to cancel or postpone events have already been taken (last weekend) by regional health authorities, in order to minimise the risks of transmitting the virus which are made greater by travel and human gatherings in confined spaces.”

Besides the Giro itself, races at risk of cancellation in Northern and Central Italy include the WorldTour events Strade Bianche, Tirreno-Adriatico and Milan-San Remo plus the Women’s WorldTour races Strade Bianche and Trofeo Binda, all of which take place in March.

On Monday, RCS Sport, owner of Strade Bianche, Tirreno-Adriatico and Milano-Sanremo, said that it was “working hard to ensure the smooth running of these events.

“To this end, RCS Sport is in constant contact with the appropriate authorities and, in partnership with them, will assess taking all the most suitable measures for carrying out the sporting events,” it added.