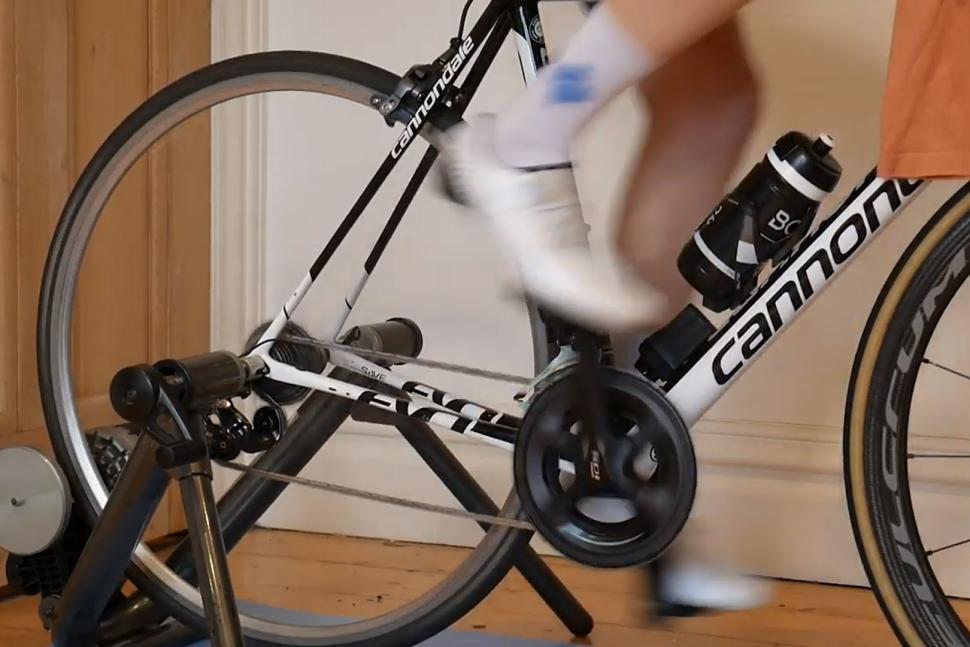 Folding bikes also showing strong growth at one retailer, but coronavirus crisis has hit at a bad time for the clothing category
by Simon_MacMichael

When we heard earlier this week that one leading retailer operating in the cycling market had seen a surge in sales of indoor bike trainers as people switch to riding at home rather than heading outside due to the coronavirus pandemic, we spoke to contacts in the industry to find out whether they too were seeing any particularly unusual sales patterns right now. Here’s what we found out.

Another major retailer (we can't reveal which) confirmed that sales of turbo trainers, including from Tacx and Wahoo, as well as computers from brands such as Garmin were seeing a big uplift, with some models sold out and the business waiting for new stock to arrive. It's a pattern they suspect is common in cycling retail at the moment.

Meanwhile, Merlin Cycles, who have a shop near Chorley, Lancashire and also sell worldwide through their website, told us that while sales have “remained fairly consistent so far” across the broad range they sell, sales of home trainers for March are ahead of what they usually would be.

“However, we are very aware that this could be relatively early days in the lifespan of the pandemic, in this respect all industries are facing fairly uncertain times,” they said.

“Bike riders tend to be very aware of their health and look after their own wellbeing – we all know regular exercise can boost the immune system.”

Halfords, which earlier this week revealed plans to close its Cycle Republic chain of standalone bike shops, wasn’t able to tell us what had happened with sales of home trainers.

However, the company – Britain’s biggest cycling retailer – did tell us that “over the last three weeks we’ve seen sales of commuter-friendly folding bikes increase by 30 per cent.”

So, unsurprisingly it seems that rumours of an uptick in sales of home trainers are true, and online platforms are responding by ramping up events, many featuring pro cyclists unable to train outdoors at the moment.

This evening at 7pm Central European Time, Zwift is hosting a Mitchelton-Scott pro workout, with riders including Adam Yates – winner last month of the curtailed UAE Tour, the race cut short by coronavirus.

Zwift told us that they had been “overwhelmed” in recent days by requests from event organisers and athletes, both grassroots and professional.

> How to get started with Zwift

“Our focus at the minute is on delivering the content to allow people to be able to connect, stay fit and have some fun during this difficult time,” the company told us.

“We are currently delivering the planned event series, the Tour of Watopia. We are seeing a number of pros like Geraint Thomas, Andre Greipel and Robert Gesink taking part and providing an opportunity for Zwifters to join them and ask questions.

“The Mitchelton-Scott series is an example of some of the new additions that are coming into the calendar and providing new experiences,” Zwift added.

While the current crisis may be boosting some categories, it’s come at a bad time for clothing, with Rob Atkins, brand manager for Wiggle-owned brand dhb, telling us that after a sluggish start to the year, sales had been starting to pick up.

“We’ve got high standards and big ambitions,” he said. “Clothing sales have not been terrible so far this year but they have not been as strong as we’d have liked.

“We’ve struggled to really get any real momentum going but we’re not alone. I believe that has been the consensus across the board. The dire weather didn’t help. I think people were swerving the great outdoors, even in their winter kit.

“Then as the sun came out and things were beginning to pick up, coronavirus came along,” he continued.

“It was like we’d just shifted into the big ring and got some speed up only to hit another berg. Let’s just hope there’s a fast descent into summer on the other side!

He added: “We’ve got some great kit for 2020 and we can’t wait to see people enjoying it. But more importantly, we all want to see everyone happy, healthy and riding their bikes again.”