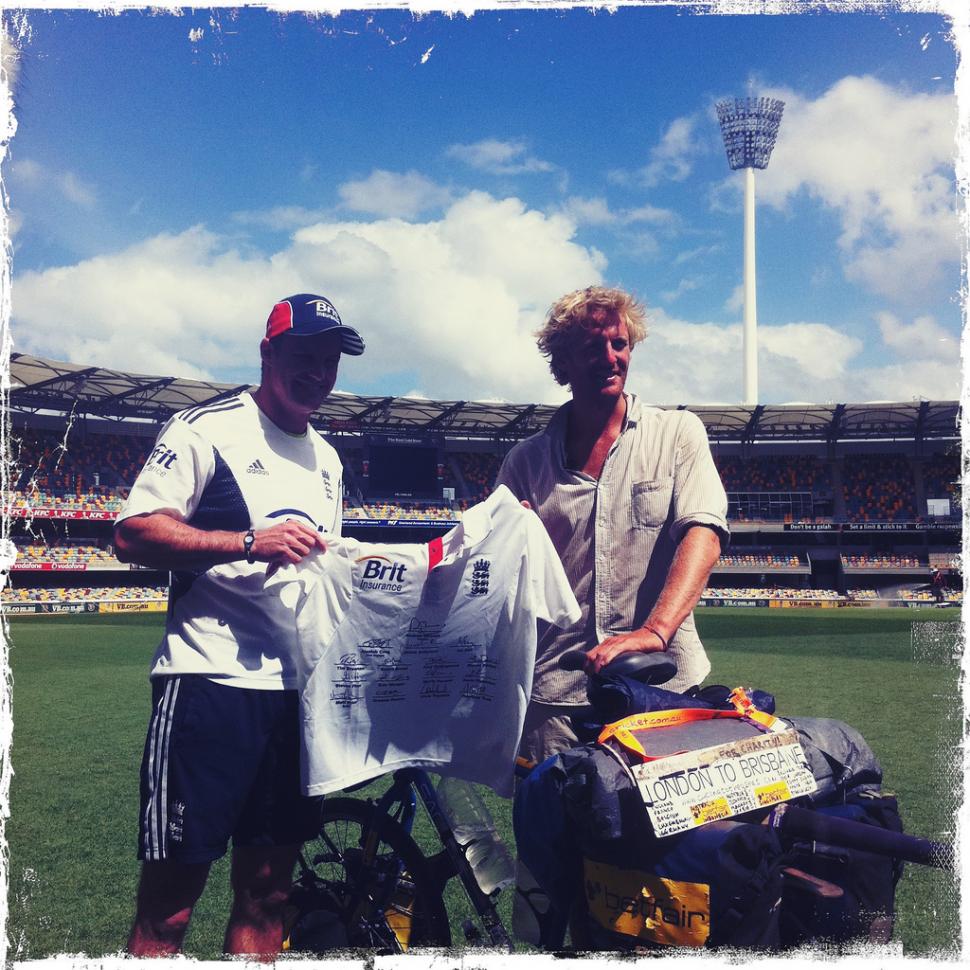 Cycling to the Ashes documentary unites filmmakers across the world +video

It took over a year, but cricket fanatic Oli Broom finally fulfilled his dream of cycling to the Ashes, arriving at the Gabba in Brisbane just in time to see England's somewhat lukewarm opening salvo against Australia. His 13-month epic saw him pedal through 23 countries, and he's managed to sneak a bit of cricket in in all but three of them. He was welcomed to the Gabba by old schoolmate and England captain Andrew Strauss, who presented him with an England shirt signed by the team. On his journey he raised over £30,000 for the British Neurological Research Trust and the Lord's Taverners.

Oli took a video camera with him on the trip, of course, but there's only so much you can do on your own and he relied on the help of many volunteers along the way. A collaborative project, Film until the Ashes (www.filmuntilashes.com), was set up, with a simple aim: "If you have a camera and want to participate in making a documentary, feel free to help us out. Fill your batteries, grab your camera and film Oli visiting your city, town, village or document him playing and promoting cricket."

The result is a mass of footage in varying styles that gives an interesting, personal angle on Oli's Journey. The five-minute edit above was made for the Road Junky Film Festival in Berlin in May, which follows the expedition as far as Syria and Jordan; parts of that segment was also featured on Sky Sports' Cricket AM show in July. Now the organisers are working to put together a full cut of the journey, and we'll keep you posted on their progress.

Oli Broom
Cycling to the Ashes