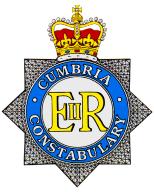 Witness appeal after two cyclists killed on A595 in Cumbria

"County's most dangerous road" sees second double fatality inside a week...
by Simon_MacMichael

Police in Cumbria are appealing for witnesses after two cyclists were killed yesterday after being struck by a coach on the A595. The two victims were today named as brothers Christian and Nicholas Townsend aged 29 and 21 respectively, both lived locally. The driver of the coach has been arrested on suspicion of causing death by dangerous driving.

The accident happened at Moota shortly before 3pm yesterday afternoon as the cyclists rode west along the road. In a statement, police said that the coach was travelling towards Cockermouth, which would mean that it was heading in the same direction as the cyclists.

The 42-year-old coach driver was interviewed at Workington Police Station and has been released on police bail until 6 February 2011 while investigations continue.

In a statement to the Times & Star newspaper, their mother, Eleanor Townsend, paid tribute to the eldest and youngest of her four sons:

“My beautiful sons were loved by all who knew them. Their zest for life and lively sense of humour never failed to bring us joy.

"They shared a love of the outdoors and the local area. They will be greatly missed and never forgotten.”

The A595 was closed until 9pm last night between Bothel and B5301 Parsonby junction the while accident investigators examined the scene, and police are calling on witnesses to contact the West Cumbria Roads Policing Unit on 0845 33 00 247. The police are particularly keen to speak to anyone who was in a queue of traffic between an Eddie Stobart and the scene of the incident.

The A595 which links Carlisle to the West Cumbrian coast is a fast road with a grim recent history. It is considered to be the most dangerous road in the county and the section around Moota is a known blackspot on which a number of fatalities have occurred.

Last week two 19-year old women, Jessica Lakin and Grace Simpson, died on the road when their car was in collision with a Royal Mail van on the stretch outside Carlisle.