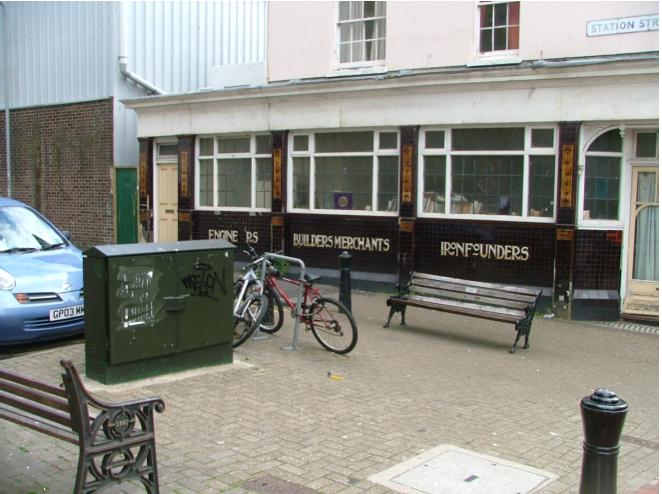 Brighton and Hove Council will spend £8,000 of Cycling England and Civitas cash on an artist-led project that will "get to the psychology of cycling” reports the Argus.

The aim of Civitas is supposed to be to help cities achieve a more sustainable urban transport system while the now defunct Cycling England’s tagline was “more people cycling, more safely, more often.”

The artist’s brief describes the Station Street Pocket Park scheme as an attempt to:

But the idea has come under fire from the council’s Labour group leader, Gill Mitchell who told the Argus: “This is money that is needed for making transport in Brighton and Hove more sustainable.”

The council’s website, however, states that the money will help “to transform a public space into a dynamic area for people to cycle through and enjoy. The project will be part of council improvements to the area around the station to make it more attractive and cycle friendly.”

The council’s cycling champion Cllr Tony Janio, said: “We want to get to the psychology of cycling. The Pocket Park project is designed to make pedestrians and cyclists feel at home with each other.

“This money is from the European Civitas fund and the Cycling Town initiative, so no council money is being used.”

The Department for Transport now handle all Cycling England-related issues and a spokesperson for them told road.cc:

“It is up to each local council to decide how to spend the grant they receive from Cycling England. The purpose of the grant is to fund a wide variety of cycling schemes and promotional activities with the intention of increasing levels of cycling.

"Individual councils will know best what investment is needed locally in order to improve conditions for cycling.”

A council spokesman added: “While we’re using artists to design this small scheme, it is specifically a facility enabling better movement for cyclists.

“It is effectively a short cycle track through an area where cyclists are currently obliged to get off and walk. It’s an escape route from quite a congested road, into a quieter one. The idea is to surround this short cycle link with pleasant landscaping and an element of art to make it a nice place for cyclists and pedestrians to mix.

“So while the idea of ‘spending cycling money on art’ is a headline-grabber it’s rather mischievous. It’s a small part of our plans to make the area near Brighton station much more pleasant.”

Pictures of the site in question, however, suggest this is simply a space through which cyclists would want to transition rather than one in which to linger. The main obstacle to riders in what is essentially a blocked off road-end is the presence of a telephone junction box which the council says is “too expensive to move.”

There are other items including bollards, benches, cycle racks and raised kerbs which represent hazards. From a cycling perspective what appears to be required is a rationalisation of the street clutter to enable swift and safe passage through what is essentially a few square metres of unremarkable urban space.

Or are we simply being philistines here at road.cc?