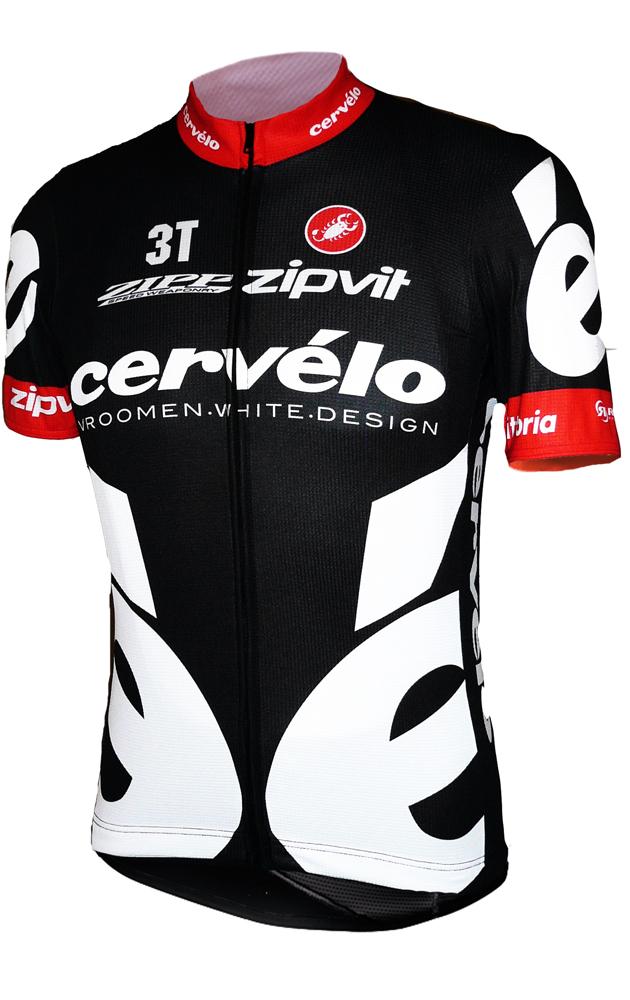 The countdown is on for the first of the three Grand Tours. The centennial edition of the Giro d’Italia kicks off in 12 days on Saturday, May 9 in Venice, and concludes on May 31 in Rome. The Giro will consist of 21 stages including one team time trial, two individual time trials and seven mountain stages.

After the pre-selection of the 12 riders two weeks ago, the final roster of nine athletes, and one as a reserve, is now finalized. It shows a great mix between younger and experienced riders with an average age of 28.3 years.

“We are going for a top result in the GC (General Classification) with the leader and Tour de France winner Carlos Sastre,” said Jean-Paul van Poppel, Sports Director, Cervélo TestTeam. “He will get support from the entire team to reach a top three place in the GC. Another target is a stage win during the 100th anniversary edition of the Giro. With Simon Gerrans, who won a stage last year in the Tour de France and who has shown great performances this spring, the team has a good candidate to win a stage, though we also have Philip Deignan and Hayden Roulston as potential stage winners.”

The Norwegian Sprinter Thor Hushovd, also in the pre-selection for the Giro Team, decided last week to turn his focus on the Tour de France stating: “I had a hard classic season and need a good break. After that, I will start building up my shape slowly for my next big goal, the Tour de France. For the Giro, I would have had to be ready right from the beginning of the race, but I haven’t had enough time to prepare.”

1
“People need to see justice being done”: CyclingMikey says camera cyclists suffer online abuse because some motorists “feel they have the right to drive how they want”
2
Near Miss of the Day 848: An overtake worthy of the 'must get in front' title
3
Mavic launches the Cosmic Ultimate as “lightest wheelset in its category”
4
Near Miss of the Day 847: Careless caravan close call causes cyclists concern
5
Victory claimed for harassment campaign by “mob of decent people” as helmet cam cyclist deletes Youtube and Twitter accounts
6
Judge tells man who "played the system" after dangerous driving killed two young boys to expect "very significant sentence"
7
“Cyclists welcome – just in the right place”: Coastal path upgrades set to be shelved over concerns about environmental impact and “speedy cyclists”
8
Conor McGregor knocked off his bike... and gets a lift home off the driver who hit him