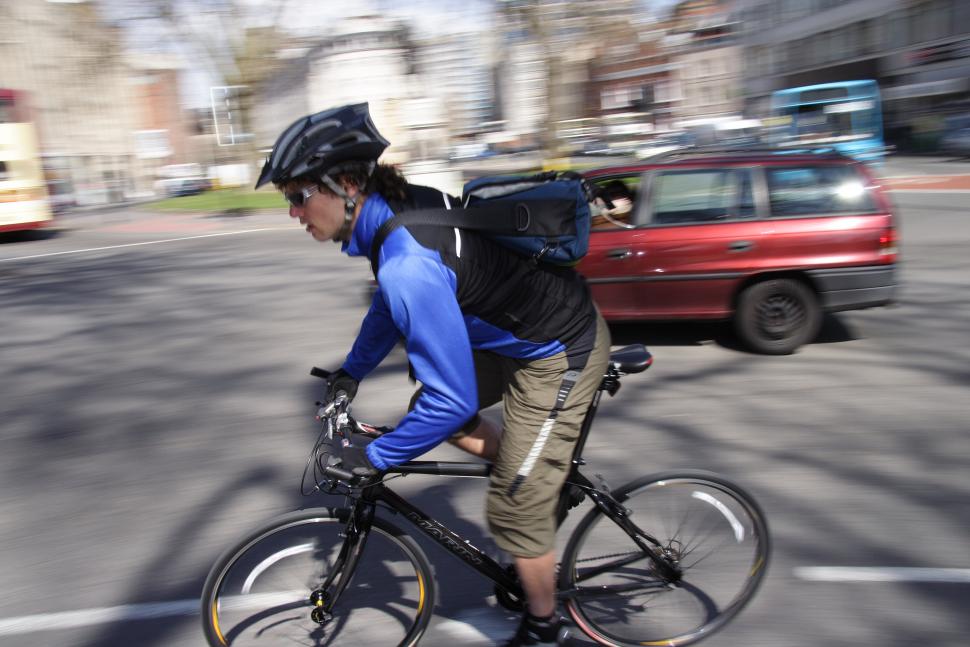 Cycling up car use down in sustainable travel towns

Research released today by Sustrans shows that car use fell and cycling, walking and bus travel all increased in three English towns that took part in a Government funded programme to boost sustainable forms of transport.

Darlington, Peterborough and Worcester took part in the five year Sustainable Travel Demonstration Town scheme funded by the Department for Transport between 2004 and 2008

Headline figures showed that car use had fallen by 9 per cent across all three towns while cycling was up by 12 per cent in Peterborough and 19 per cent in Worcester. Darlington, which received further Government cash to improve facilities for cyclists, saw levels of cycling more than double over the same period.

Detailed travel surveys conducted by Sustrans and its partner Socialdata on behalf of the Towns revealed the fall in car use by up to 9 per cent across the three towns.

This equates to nearly 53 million miles of car travel taken off the roads across the three towns, resulting in annual savings of more than 17,000 tonnes of carbon dioxide.

As car travel has fallen, use of more active and sustainable forms of transport has increased across all three demonstration towns.

Levels of walking increased by more than 10 per cent in each location, while bus use grew by more than a third in Peterborough and by a fifth in Worcester.

Malcolm Shepherd, Sustrans' Chief Executive, said: "These results confirm what we have always suspected - that a lot of people are fed up with being stuck in their cars and that with the right support they are happy to walk, cycle or take the bus more often.

"The Sustainable Travel Towns have demonstrated how simple, value-for-money schemes can make a real difference to travel patterns, helping people to be more active and reduce their carbon footprint.  We hope that other towns and cities will now feel inspired to follow their lead."

"I urge local authority leaders across the country to seriously consider how the lessons learnt from these demonstration projects can benefit their local communities."

The three local authorities, Darlington Borough Council, Peterborough City Council and Worcestershire County Council shared a £10 million fund established by the Department for Transport in 2004 to tackle car use and traffic congestion.

The travel survey results are now being fed into a broader evaluation of the Sustainable Travel Towns commissioned by the Department for Transport, which is likely to conclude later this year.