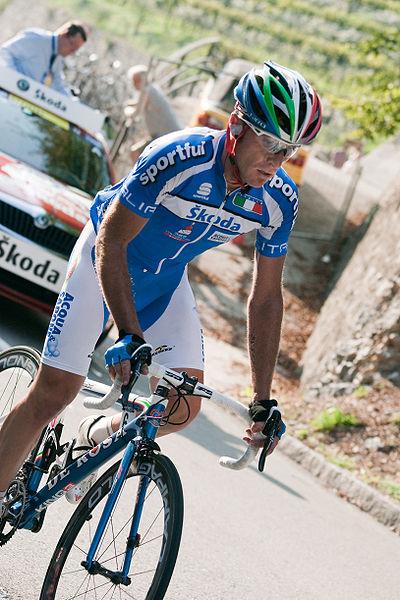 Coach Bettini looks to the future, with new rules excluding riders with doping history
by Simon_MacMichael

Paolo Bettini, manager of the Italian national team, has selected a predominantly young squad to contest the London-Surrey Cycle Classic, to be held later this month over the same course that will be used for the Olympic road race in 12 months’ time, reports La Gazzetta dello Sport.

The team for the race on Sunday August 14 includes three riders who won stages in this year’s Giro d’Italia, the 25-year-old Eros Capecchi of Liquigas-Cannondale, Oscar Gatto, aged 26 of Farnese Vini-Neri Sottoli, and Diego Ulissi, aged 22, from Lampre-ISD.

They are joined by Colnago-CSF rider Sacha Modolo, aged 24, who finished fourth in Milan-San Remo in 2010 and, the most experienced member of the squad, the 34-year-old Luca Paolini of Katusha, who was third in both Milan-San Remo in 2006 and the Tour of Flanders the following year.

"It’s without doubt a team that looks to the future, created from the wealth of young Italian talent with the addition of Luca Paolini, a man of great experience who took part in the Olympic adventure and the success we achieved in Athens, and who is therefore able to interpret to the best an Olympic road race,” explained Bettini, who himself won the gold medal in that race in Greece in 2004.

The pool of riders from whom Bettini was able to make his selection was reduced earlier this year when the Italian authorities introduced a new rule barring anyone who had served a doping ban of six months or more from wearing the national colours.