New wheelsets, computers and a budget power meter are on the way too
by Mat Brett

CycleOps are launching a whole bunch of new products for 2012 including a lighter than ever PowerTap hub, wheelsets and computers, and a budget power meter. It will all be available in the UK within the next few weeks, mostly before the end of October.

With several new power meters from various manufacturers including Garmin on the horizon, CycleOps have designed the G3 hub to be considerably lighter than before at just 325g. CycleOps reckon that makes it the lightest power meter in the world. The G3 hub has a smaller overall profile than previous PowerTap hubs, but wider flanges for increased wheel stiffness. It will be available with 20, 24, 28 and 32 spoke holes and in Shimano/SRAM and Campag options.

Sending the new G3 hub in for maintenance will be easier than previously. Rather than needing to box up your entire wheel, you just remove the end of the hub and all the electronic gubbins will come out with it. You can package that up and send it through the post.

The standard road version will cost £975 while a model with Ceramic Speed ceramic bearings will be £1,350. CycleOps are also offering a new Pro power-measuring hub (the track version is pictured) that’s heavier but cheaper. It’s 446g and £675. Like the G3, it’s ANT+ compatible so you can pair it with either a CycleOps head unit or any other ANT+ device such as a Garmin computer. 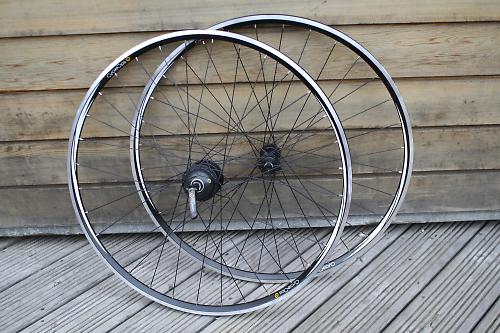 CycleOps are offering the new hubs ready-built into wheels that will be sold individually and as complete wheelsets. You can get either the G3 or the Pro hub paired up with V-shaped alloy rims, laced with DT Swiss Aerolite spokes and brass nipples. The G3 version weighs 1,850g (for the complete wheelset) and costs £1,125 – just £150 more than buying the rear hub on its own. The Pro version is 1,950g and £865.

CycleOps are also offering the G3 hub built into a set of carbon race wheels for the first time (main pic). The rims are from Enve and you can choose between a 45 and 65mm depth, and between clincher and tubular versions.

The claimed weight for the lightest version, the 45mm tubulars, is 1,250g for the complete wheelset. That’s what they’re saying. Amazingly light. Even the wheelset with 65mm clincher rims has a claimed weight of 1,625g.

Whatever rims you go for, the price is the same: £2,400 for the wheelset, including skewers and brake pads. 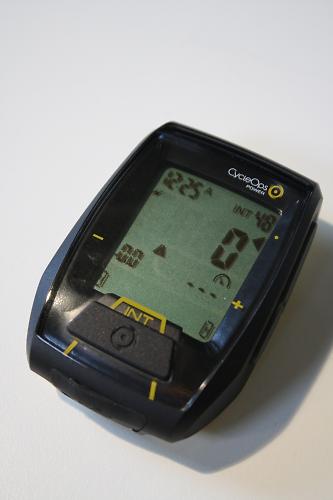 New CycleOps computers are on the way too. This is what they look like but we can’t tell you much about them yet because the guys at importers Paligap have only just received shipment and they’re still finding their way around them. We can tell you that one has a GPS capacity although it doesn’t show maps on the screen. You can set yourself a breadcrumb trail to follow like you can with a Garmin Edge 500, but you don’t get step-by step directions. Again like the Edge 500, you can upload the data to your PC when you get home and we hear that you’ll be able to see your route via MapMyRide. The screen is customizable so you can display the information you find most useful and it’ll cost £200, or £240 with a heart rate strap. 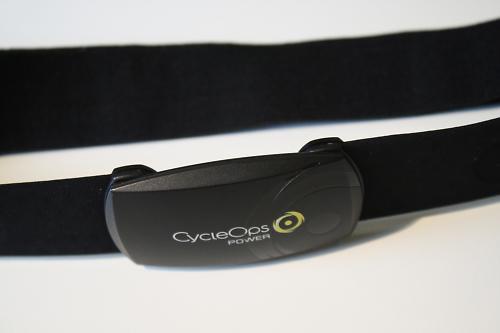 The other new CycleOps product is the PowerCal. Again, details are a bit sketchy, but here’s the basic idea: you wear a heart rate monitor strap that converts your heart rate to power and sends the reading to any ANT+ head unit, such as one of CycleOps’ own computers or a Garmin.

Huh? How does it convert your heart rate to a power reading? Well, you have to do a power test to calibrate it, and that does require a power meter – but you might be able to do that with a friend’s equipment or at a shop, for example. And presumably you’ll have to recalibrate from time to time to take account of changes in your fitness.

Yes, we know it sounds iffy but CycleOps reckon it’s accurate to within 5%. Your power output won’t always be the same at any given heart rate so we’re not sure how they are calculating this. In fact, there are all sorts of questions this approach raises: for example, if it’s based on heart rate, why not just train by heart rate?

Presumably CycleOps will have thought of these questions too but that’s all the info we have right now so we’ll just have to wait for more details and reserve judgment until we’ve given it a spin. The PowerCal strap with calibration stick and a speed sensor will be £175 – way cheaper than a PowerTap hub – and will be available from the end of October.

There’s no further word yet, by the way, on the availability of the 3T wheel that’s built using a PowerTap hub, with the head unit incorporated into 3T’s Integra Ltd stem. That’s tentatively lined up for a mid-2012 release.