Dowsett, Daniell shine at Revolution Round 1

The 9th season of Revolution track sessions got underway yesterday evening at the newly refurbished National Cycling Centre in Manchester. The announcement that the series will be televised on ITV4 - next Monday for this one - inspired a capacity crowd to turn up for a look at international track racing at its best.

Team Sky’s Alex Dowsett is a rider who has impressed many this season, and he wasn’t in a mood for waiting around in the first race; the Revolution Devil Scratch. Once riders had been eliminated, Dowsett charged off in signature style with seven laps to go. It soon became clear that he wasn’t to be seen again as he almost lapped the field and took an early celebration. Rising star Sam Harrison came in a not-so-close second. 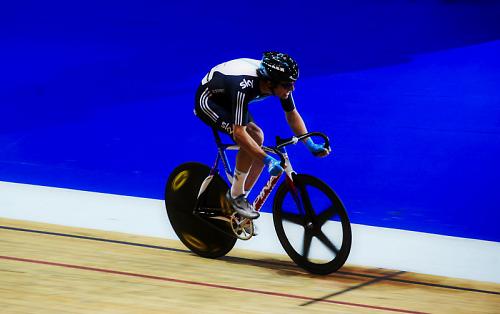 When it came to Round 2, later on, David Daniell proved himself against Craig MacLean and Kian Emadi surprised the crowd by beating the current sprint World Champion Michael D’Almeida.

In the Losers race of the Revolution Sprint, John Paul was victorious in the 6 Lap Dash, ahead of Thierry Jollet.

In the Revolution Sprint final, David Daniell continued his impressive form that sees him as one of Great Britain’s most promising sprinters, beating fellow Brit Kian Emadi; it proved to be a truly great evening for Daniell. 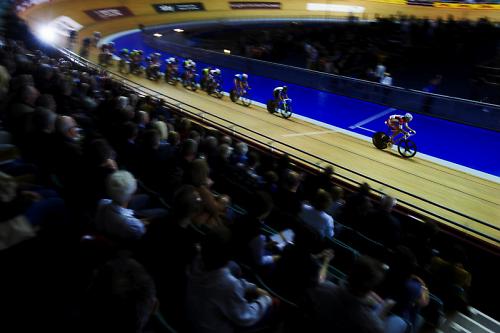 The Australian Pursuit event sees eight riders stationed at equal distances around the track. During the race, any rider who is caught by a rider who started behind him is eliminated. This event of extreme endurance was won by Jens Mouris, ahead of Steven Burke and Alex Dowsett.

In the DHL Future Stars competition, Emily Kay proved to be the one to watch again in the Girls’ races. She won the Points Race, 6 Lap Dash and the Scratch Race. The Boys races weren’t quite so one sided, with Scott Jacob (Chep UK) winning the Scratch Race, Oliver Wood (Chep UK) winning the 6 Lap Dash and Ryan Whatmough (Sky Pro Cycling) was victorious in the Points Race.

The Points Race was a platform for more domination from Team Sky, with Russell Downing accumulating 24 points and remaining strong throughout the evening. "I’ve still got it," he said after the event. He beat Adam Duggleby (15 pts) and David O’Loughlin (15 pts). 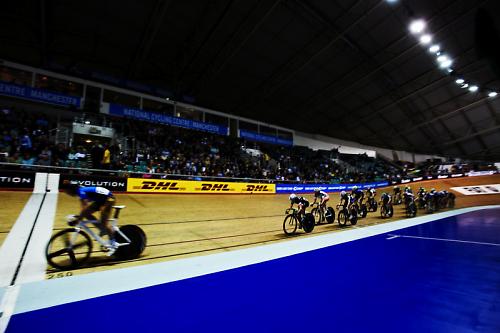 Team Sky’s impressive Alex Dowsett and Russell Downing looked like favourites ahead of the exciting Revolution Madison TT, but they could only manage a third. It was the Howies team of Leif Lampater and Jon Mould who won in a convincing 58.980.

Craig MacLean managed to overcome his earlier disappointment in the Sprint by winning the Keirin event in 10.932, over Louis Oliva and in-form David Daniell.

The Scratch Race victory went to an impressive Sam Harrison, who pipped Steven Burke and Tom Murray. The 10km race was a fitting finale to the endurance side of the Revolution, but there was still an interesting sprint face-off to go.

John Paul and Dave Daniell took on Michael D’Almeida and Thierry Jollet in a Great Britain vs France Team Sprint. It was close, but the French duo were victorious in 31.949 over Great Britain’s 31.971. In the Revolution Championships, strong performances from Sam Harrison and Tom Murray in the Elite races meant that Rouleur take the lead after the first round with 204 points, with Team UK Youth in second with 190 points. Team Sky rest in third with 165 points.

Vin Cox a surprise competitor on a touring bike

A novelty of the evening was a special pursuit match on fully laden touring bikes between round-the-world record holder Vin Cox and Sean Conway, one of his rivals in the forthcoming Global Bicycle Race taking place this February. Cox took the honours in 2:57.853 but not by much with Conway in 2:59.090.

The hour-long highlights of Revolution 33 will be shown on ITV4 on Monday 31st October at 7pm.

Future rounds of Revolution at the National Cycling Centre, Manchester are on 19th November, 7th January 2012 and 28th January 2012. 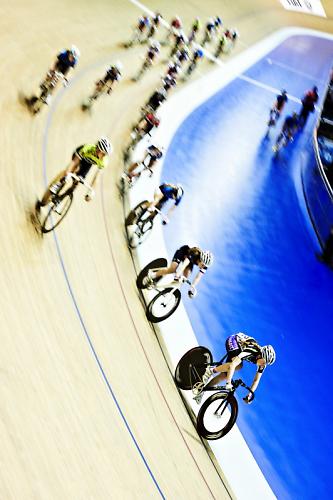