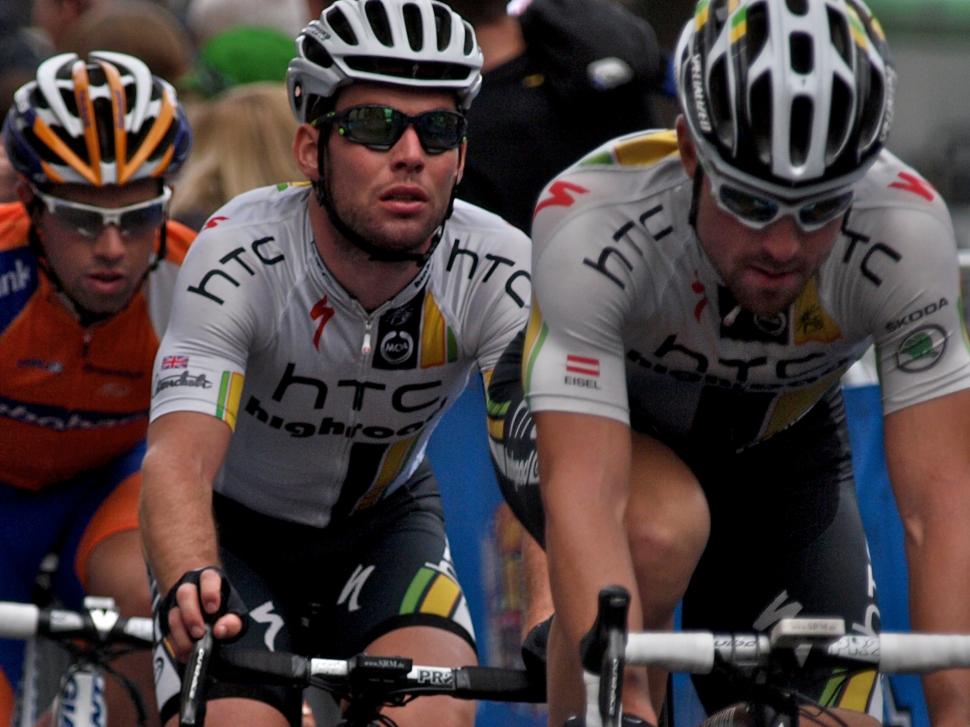 It’s easily overlooked that long before Mark Cavendish became world champion on the road back in September, he won two rainbow jerseys on the track, but later this month the Manxman will be back riding in the discipline that brought him his first big successes when he returns to the Revolution series at the Manchester velodrome on November 19.

A limited number of tickets are still available for the event, which will be Cavendish’s first competitive outing in the UK since he that race in Copenhagen just over six weeks ago when he became the only the second British male rider to win a road world title, joining the late Tom Simpson who won in 1965.

“Mark raced Revolution regularly in the early years so it is fantastic to welcome him back as the World Road Race Champion” commented Face Partnership’s James Pope. “After such a fantastic year on the road the Revolution crowd are going to provide a hero’s welcome to Cav so it will be a special evening.”

Cavendish won world championship gold in the Madison at Los Angeles in 2005, repeating the feat at Manchester three years later, this time with Bradley Wiggins in Manchester. One of his last appearances on the track was at the Beijing Olympics, where he again rode with Wiggins in the Madison, but the pair finished out of the medals – indeed, Cavendish was the only British track rider to head home from China without a medal of any description in his luggage.

Two riders who did, however, secure gold medals in Beijing, along with Wiggins and Paul Manning, in the team pursuit will be racing in Manchester on November 19 – Geraint Thomas and Ed Clancy.

Thomas is joined in a strong Team Sky line-up at the event by Peter Kennaugh and Alex Dowsett, while Andy Tennant, like Kennaugh a member of the GB quartet that beat Denmark in the final of the team pursuit at the recent European Track Championships in the Netherlands, lines up alongside Clancy for Rapha-Condor-Sharp.

Also racing will be the Swiss two-time Madison and scratch world champion, Franco Marvulli, the Belgian rider, Iljo Keisse, winner of the recent Amsterdam and Grenoble six-day races, plus the ever-popular former Paris-Roubaix winner, Magnus Backstedt who will be riding for Team UK Youth.

Details of how to buy tickets can be found on the Revolution website, and highlights of the event will be shown on ITV4 at 7pm on Monday 21 November.