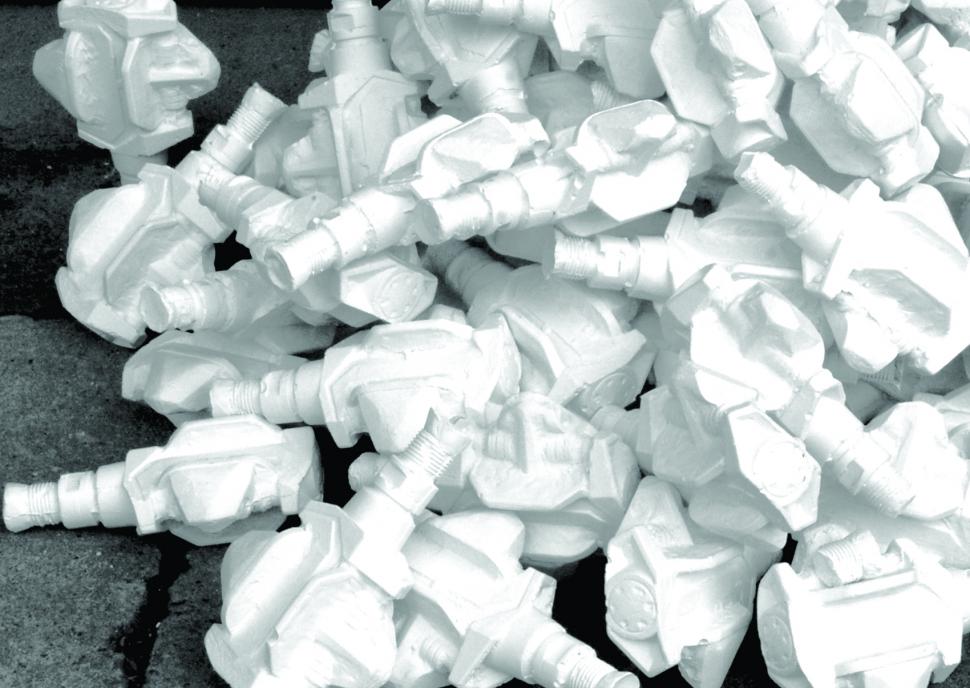 Why in a bike shop? Called ‘Experience; To Try’, one of Glasgow's new works in her own words, "takes the simplicity of a pedal and transforms its existence to a singular over-proportioned monolithic figure in one piece, whilst multiplying its existence in another."

It's an invitation, as she puts it, "to experience the notion of taking part in the event as opposed to being a passive observer."

In other words, the artist is inviting the first 100 guests on Thursday night to take home one of the individually cast pedals "with her compliments" in return for sending her a photograph of the pedal in its new home and a few words describing a first bicycle memory. "The final images present the new use of the object as singular identities that pop up within the backdrop of their typical mechanical environment."

Sounds good to us; we're just dying to ask the artist whether we can decorate the plaster pedal before we install it to photograph in a niche by the fireplace. If we're allowed we're thinking Swarovski crystals.

Meanwhile, there's a pair of road.cc socks to the commenter below who can identify the manufacturer and model of the original pedal model.