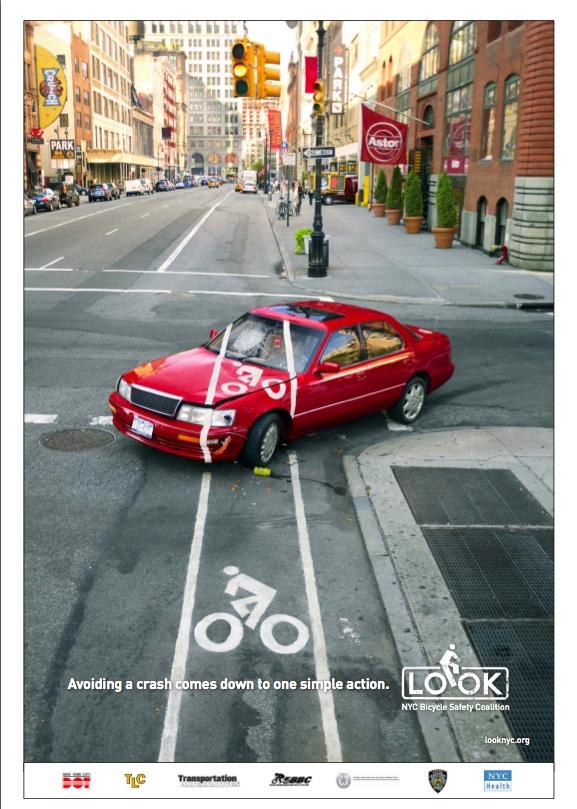 New York City's Department of Transportation has released the first in a series of safety ads in a campaign called 'Look' aimed at cutting the number of preventable accidents on the cities streets involving cars and bikes.

(Watch the TV ad below)

The campaign features posters and TV and radio ads. Like TFL's driver awareness campaign this one focuses on getting road users to be more in tune with their surroundings - the difference here is that the New York ad goes for a more hard hitting approach and future ads will also target cyclists' behaviour too both in relation to drivers and obeying the rules of the road and to cyclists' attitudes to pedestrians.

Here's what the New York City Department of Transportation has to say on the subject of its new campaign and why it sees the need for it.

"Bicycle safety is a serious issue. Over 3,000 cyclists are involved in a crash every year - from getting doored to actually crashing with the vehicle. Over two million New Yorkers have bikes, only a small portion bike to work.

Most of these collisions are caused by preventable behaviors of drivers and cyclists: aggression on the streets, not paying attention, taking risks, and disobeying traffic rules. We believe that there are no accidents, and that all collisions are preventable if we just look out for each other.

Its our goal to prevent these collisions by changing the behavior of both drivers and cyclists. To do so, we must educate both cyclists and drivers on the rules of the road. In addition to a huge effort to disseminate helpful information to cyclists and drivers, we are embarking on a media campaign that will infiltrate the City with a simple message to drivers and cyclists: Look" 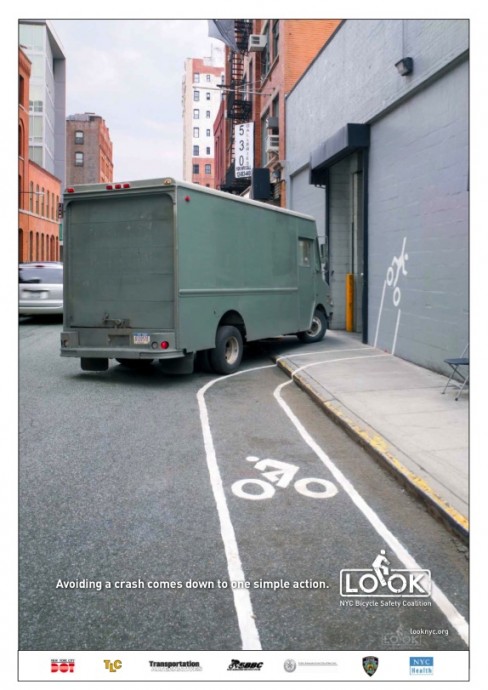