There was lots going on at the Upgrade Bikes stand at CORE, as there always is. Top of our list of things to see was the Kinesis Racelight T2 in a new come-and-get-me-on-cyclescheme build that gives you an excellent and reliable spec at a pound under the £1k mark. 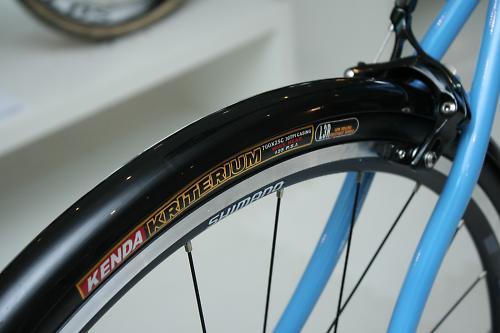 If you're not familiar with the T2 then it's a proper winter training bike. That means a racy position but enough room to get a 25mm tyre plus mudguards. In fact, Dom the designer reckons you can even squeeze a 28mm under the 'guards if you like the really filthy conditions. The alloy frame is complemented by Kinesis' own DC07 carbon fork. 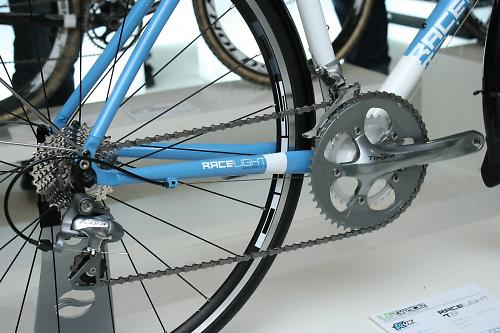 Transmission duties are taken care of by Shimano's new Tiagra 10-speed groupset. You get full Tiagra, save for the brake callipers which are subbed out for long-drops to give enough room for the mudguards. Wheels are ever-dependable Shimano R500s and Kenda Kriterium 25mm rubber is the standard issue.

All in all it looks like more or less the ideal winter trainer, and rack mounts mean you can press it into service as a commu-tourer too. We'll be getting one in to thrash about in the late winter grime, so we'll let you know how we get on with that. 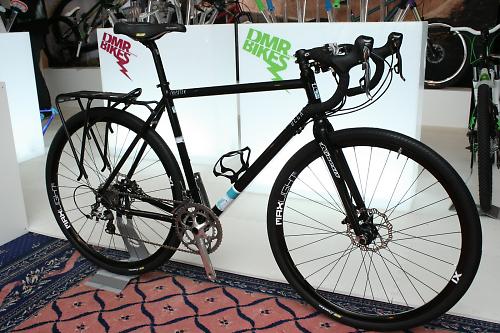 The other bike that caught our eye was a super-utility build of the Decade Tripster frame. We had one of the original Tripsters in the early days of road.cc, but it never got tested thanks to a crank clearance issue on the prototype frame. That's been long sorted and the bikes have been very popular, with their ability to carry off a wide range of build kits. 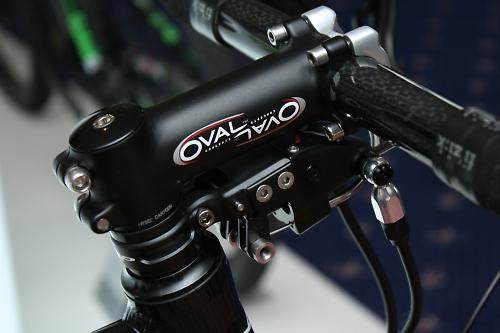 The Tripster at the show was bedecked with some pretty trick componentry including carbon bars and hydraulic disc brakes running from a TRP Parabox hydraulic converter nestled under the stem. Shifting was taken care of by Microshift's Xona 10-speed integrated levers pushing Xona mechs and the wheelset was Maxlight's new 29er tubeless-ready hoops. With a Lezyne rack fitted it looked ready for some serious all-purpose riding. 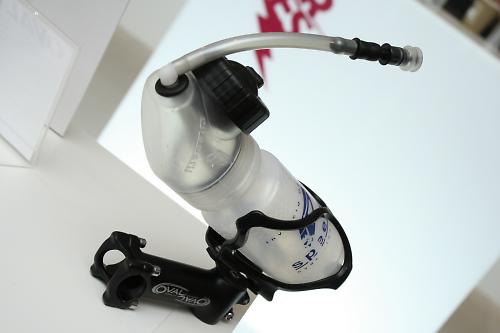 Speedfill make hydration systems that are primarily aimed at the TT/triathlon market. They had a new bottle system on display at the show which fits into a standard bottle cage, mounted onto the stem cap. The mount replaces the cap, and there's spacers to stack the bottle up to just the right height to clear your tri bars; once it's there your drink is readily available via a short tube and valve. You could use it on a standard bike to give you an extra bottle position and one that's really handy, although it might look a bit odd on your sportive iron…. 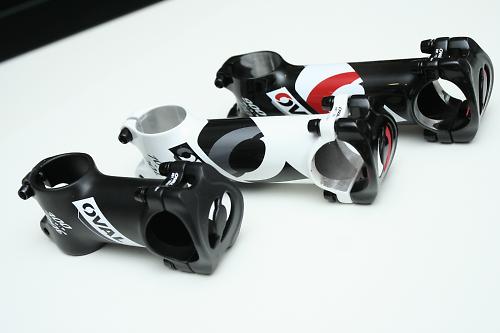 Oval have been busy consolidating their range, and naming everything the same way so you can tell at a glance what you're getting. essentially it's a good-better-best thing; there's 300 which is the entry level, 700 is the middle and 900 the top of the range. They wouldn't tell us what happened to 500. The stems, for example, are all alloy in 300 and 700 (with the 700 being a better grade and lighter) and you get a carbon wrap on the 900. Got that? It's easy. All the new components should be shipping soon. 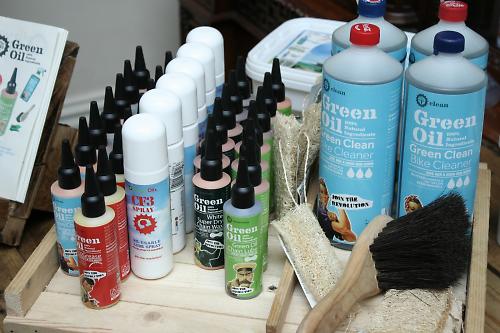 Green Oil didn't have anything new to show us in terms of product, but they have been rebranding and the new labels look very nice. They're also upping their eco credentials on the bottle side on two fronts. For a start they're buying coloured recycled plastic bottles, which are less used because they vary in hue. It's more environmentally sound than insisting on clear plastic or adding black dye. Secondly, all the big refillable bottles now have re-used caps, most of which have been picked up on litter picks with organisations such as Surfers against Sewage. They're given a quick scrub and reused; no need to melt them down or rebrand them. 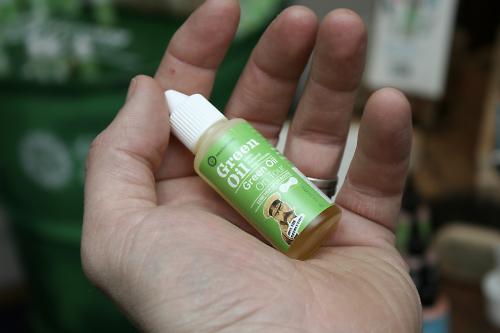 Green oil are also producing a small (25ml) bottle of their green Oil. Called the On Tour, it's small enough to carry around to re-lube your chain when you're, erm, on tour. Bike shops can get them printed with their own contact details to either sell or give out to customers.