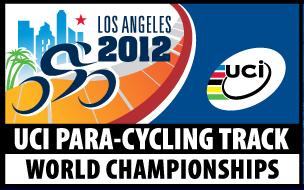 Great Britain and Ireland have both been enjoying success at the UCI Para-cycling Track World Championships, with road.cc blogger Colin Lynch among those getting, with those getting among the gold medals – although both he and Great Britain’s Mark Colbourne had to overcome classification protests from other teams on the way to the finals.

Under UCI rules, the classification process seeks “to minimise the impact of impairment on the outcome of competition, so that an athlete’s success in competition relies on training, physical fitness and personal athletic talent.” Riders are regularly assessed to ensure they continue to meet the specific criteria of the event in question.

Lynch, also a world champion on the road, beat China’s Gui Hua Liang on Saturday to take the rainbow jersey in the C2 3km individual pursuit, Ireland’s second gold of the championships after Francine Meehan and Caherine Walsh had beaten Great Britain’s Aileen McFlynn and Helen Scott in the final of the women’s B2 tandem on Friday.

Great Britain meanwhile topped the medal table with 17 medals in total, eight of them gold, although ignoring silvers and bronzes, Australia came out ahead with ten.

Two of those British golds went to Sarah Storey, now fully focused on the Paralympics in London this summer after being dropped from the women’s team pursuit squad for the Olympic Games late last year.

Those victories came in the C5 individual pursuit and 500m time trial. Australia dominated the women’s events, however, with seven golds.

The situation was reversed in the men’s events, where Great Britain won six golds, compared to Australia’s three, with Colbourne in the C1 3km pursuit, Anthony Kappes, piloted by Craig MacLean in the B 1km time trial and the B/Vi sprint, and Darren Kenny, Jody Cundy and Jon-Allan Butterworth in, respectively, the C3, C4 and C5 time trials all pulling on the rainbow jersey.

Full reports of the Great Britain performances can be found on the British Cycling website.